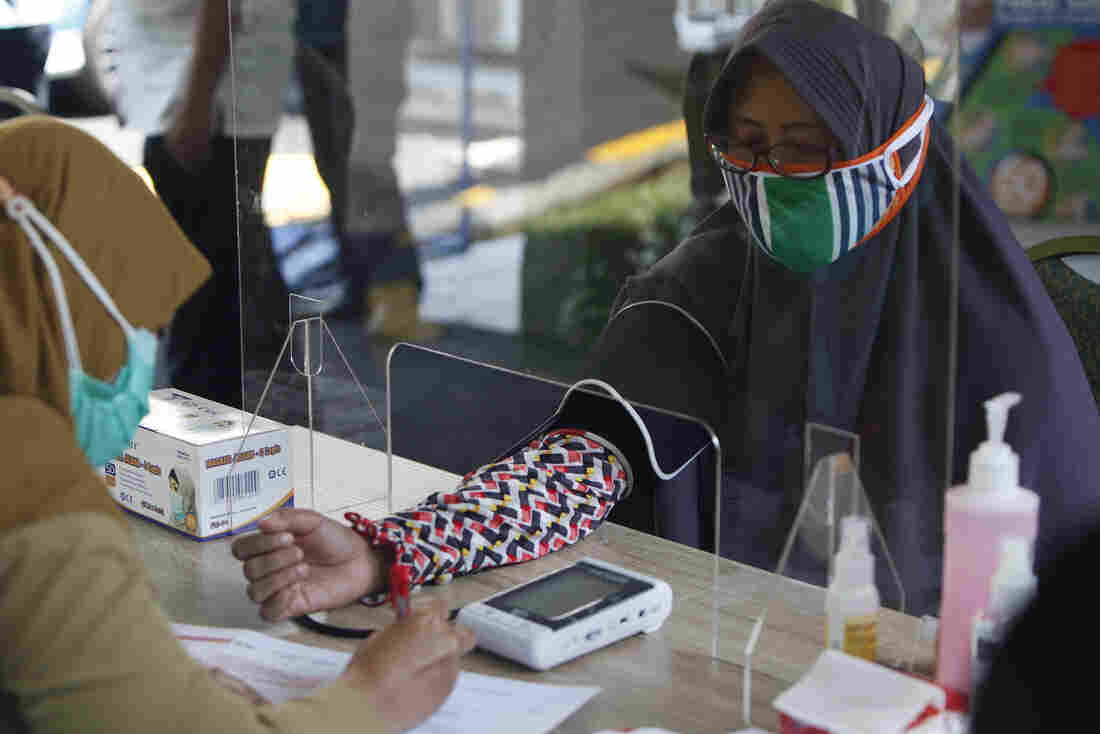 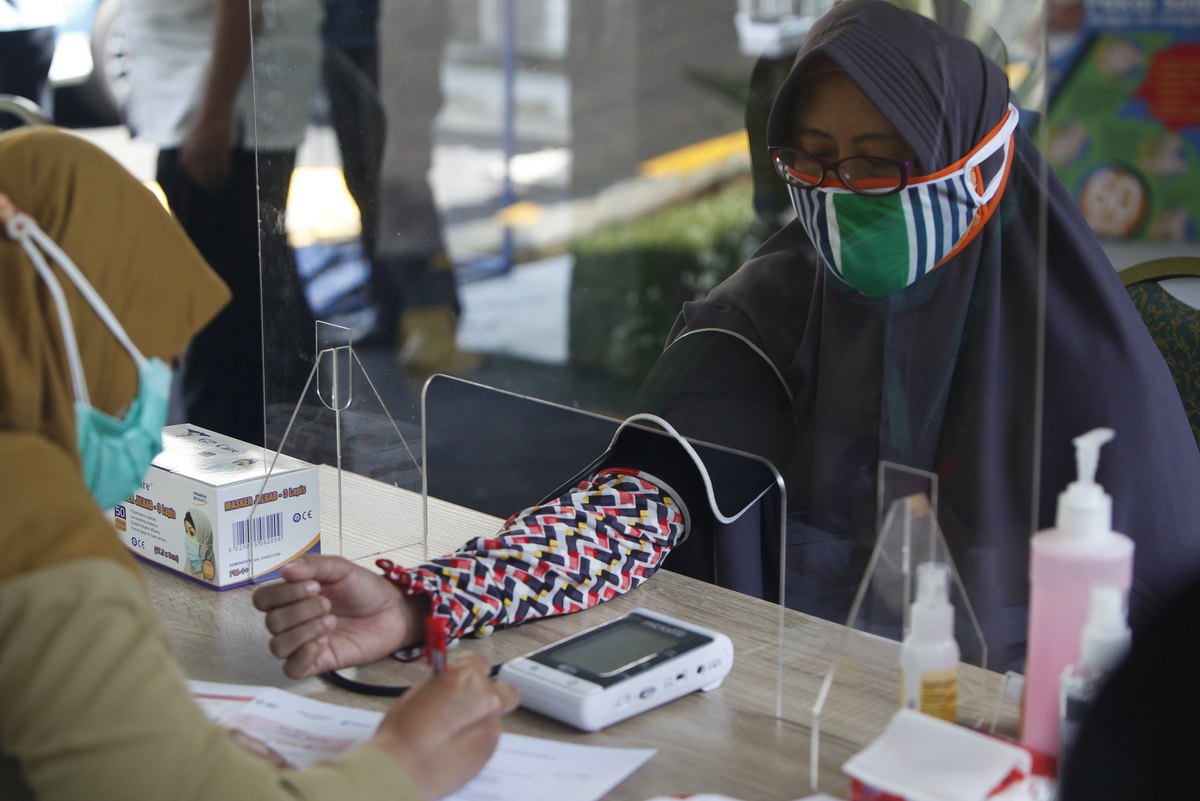 Health workers measure a woman's blood pressure during a simulation of a COVID-19 vaccine trial in Indonesia.

Despite an international agreement to allocate the vaccine equitably around the world, billions of people in poor and middle-income countries might not be immunized until 2023 or even 2024, researchers at Duke University predict.

One reason is tied to the financial might of upper-income nations. The world has a limited capacity to manufacture any forthcoming COVID-19 vaccines each year. As of October, wealthy countries have claimed the vast majority of that capacity, leaving very little vaccine for low-income countries. Specifically, rich countries have already purchased, or are in the process of purchasing, more than 5 billion doses of candidate vaccines before clinical trials have completed. India has claimed another 1.6 billion doses, and Brazil has 200 million. Fewer than 800 million doses have been earmarked for the world's poorest countries.

Not all of the candidate vaccines will work. And so rich countries are hedging their bets by reserving more than one candidate, says Dr. Krishna Udayakumar, who led the study at Duke University.

This just-in-case strategy has an upside: "It's flooding investment into vaccine development and allowing many more candidates to be developed than otherwise would be possible," he says.

But the strategy also has a downside: It will likely greatly delay vaccine distribution in poor countries. "We could be looking at two to four years before a general population in low-income countries really have a vaccine available," Udayakumar says.

To generate these predictions, Udayakumar and his colleagues pulled together all publicly available data about vaccine agreements between countries and pharmaceutical companies. Their findings, published last Thursday on the Web, point to glaring inequalities in acquiring the vaccine.

Several countries, including the U.S., Canada and the U.K. as well as members of the EU, are reserving enough potential doses of different types of vaccines to immunize their entire populations several times before some poor countries have any vaccine at all. For example, the U.S. and the U.K. will potentially have enough to cover its population four times over. And Canada could have enough to immunize its population five times.

At the same time, several of these countries, including Canada and the U.K., recently joined an international initiative to help distribute the vaccine more equally around the world and to help bring vaccine to countries who can't produce or purchase it themselves. (The U.S. hasn't yet joined the agreement.)

That initiative, called COVAX, aims to have 2 billion doses available by the end of next year. So far, it has reserved about 740 million doses.

But there are potential stumbling blocks. There's no guarantee those doses will work in many poor places, says Amanda Glassman, executive director of the Center for Global Development. Or that the countries in question will have the funds for any requested payment from COVAX.

"One concern that I have with COVAX is that it's committed to purchasing vaccines that could be too expensive or inappropriate for low- and middle-income countries," Glassman says. For instance, the vaccine could require special freezers for storage or multiple doses to be effective.

"Hopefully, that doesn't happen," she adds. "But COVAX could possibly be stuck paying for some vaccine that would not be particularly usable in countries that need it."