Biden Said He'd Walk Back Trump's WHO Walkout. Can All The Damage Be Undone?

Biden Said He'd Walk Back Trump's WHO Walkout. Can All The Damage Be Undone? 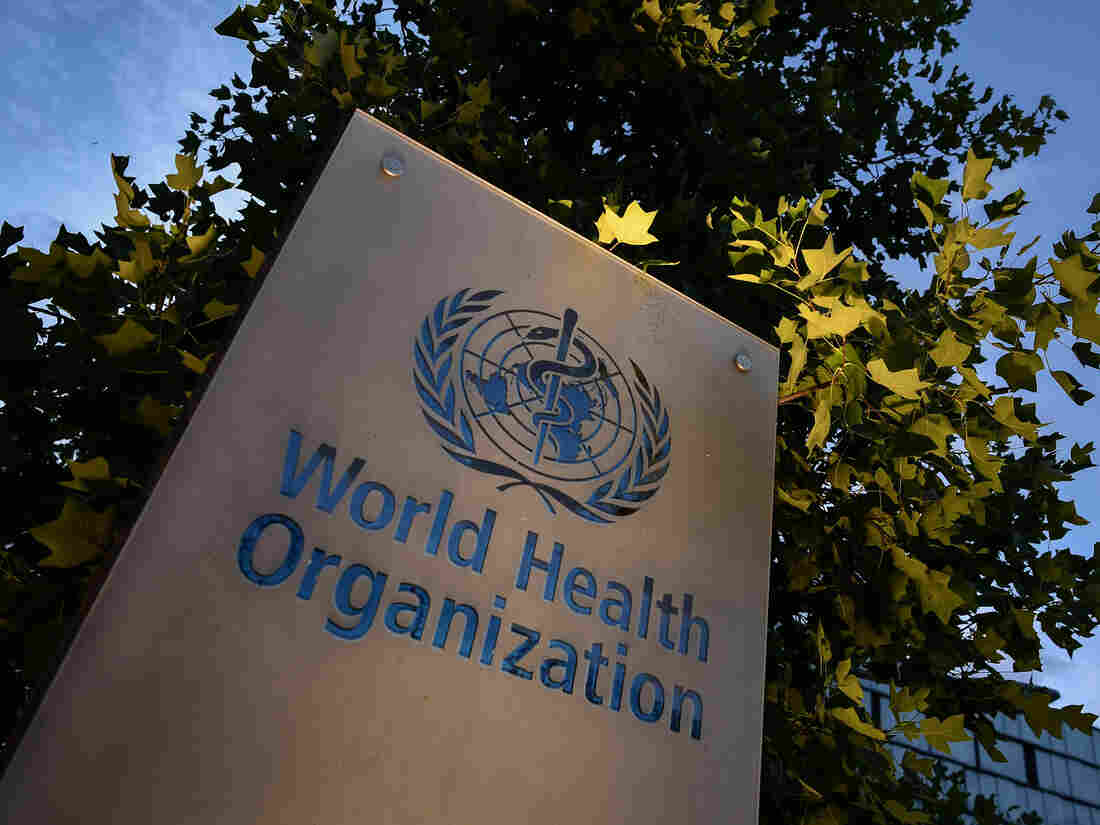 The World Health Organization, a U.N. agency founded in 1948, is headquartered in Geneva, Switzerland. Trump had pledged to withdraw U.S. participation by July 2021. Biden says he will rejoin on the first day of his administration. Fabrice Coffrini /AFP via Getty Images hide caption 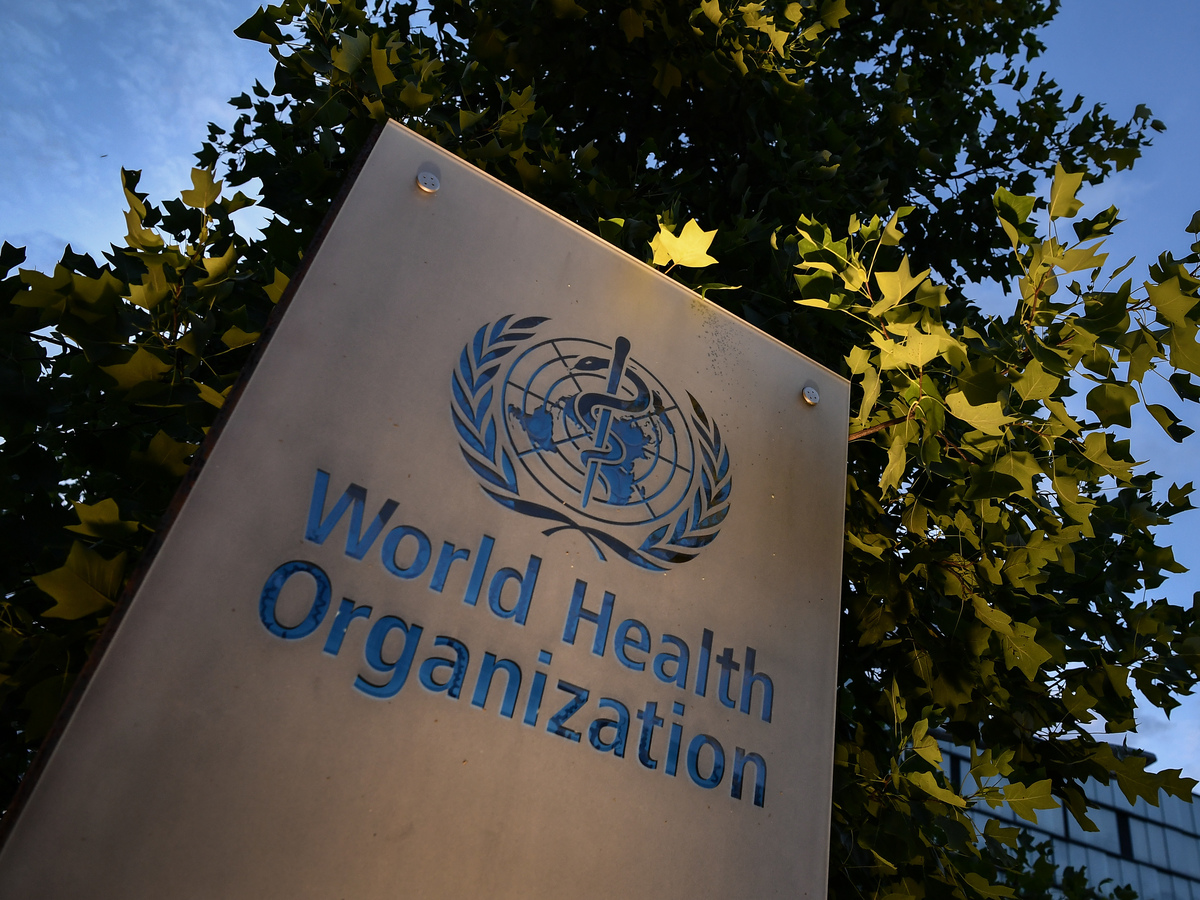 The World Health Organization, a U.N. agency founded in 1948, is headquartered in Geneva, Switzerland. Trump had pledged to withdraw U.S. participation by July 2021. Biden says he will rejoin on the first day of his administration.

Back in July, President Trump's administration began the formal process of withdrawing the U.S. – and its critical funding – from the World Health Organization. Trump had accused the U.N. agency of conspiring with China to downplay the infectiousness of the novel coronavirus early on. The withdrawal was to be complete in July 2021.

As a candidate, Biden vowed to reverse the decision on his first day in office. Global health experts are counting on President-elect Joe Biden to restore and reimagine the U.S. relationship with the world's leading public health agency.

Under a Biden administration, "the relationship will be completely reset," says Rifat Atun, a professor of global health systems at Harvard University.

But a reset does not mean a return to the way things were. And experts warn it will take time and effort to restore the U.S. to a leadership position in global health.

Here are five key questions about the potential damage done by Trump's move — and what the future could hold.

Did the loss of U.S. funds make a difference?

When the U.S. first announced plans to pull out of WHO, many critics worried about the effects on funding for the organization. The U.S. has historically been its top donor — contributing $893 million to the agency's budget for the budget cycle of 2018 and 2019.

While the U.S. still owes about $90 million to the WHO in outstanding membership dues (known as assessment contributions), other countries have stepped in to fill the gap, says Lawrence Gostin, a professor of global health law at Georgetown University who is also director of the World Health Organization on Global Health Law. However, he says the loss of U.S. funding would have been "devastating if it were made permanent by U.S. withdrawal."

If money hasn't been a problem yet, what about scientific collaboration?

Jennifer Kates, director of global health and HIV policy at the Kaiser Family Foundation, says the bigger damage from the Trump withdrawal has been to relationships.

Gostin agrees. "I think that it's soured our relationships with the World Health Organization. The staff that we had embedded in WHO, including on their pandemic response, from CDC and others have been weakened or removed."

Gostin says collaboration between U.S. and WHO researchers has been made more difficult by the Trump withdrawal plans – not just on the coronavirus pandemic but on other global health issues. For example, Gostin says the U.S. has a collaborating center with WHO on influenza vaccines. At the moment, he says, "all of that is either disabled or non-functioning." He says U.S. public health experts who had been embedded in WHO are either now coming home or if they are still at WHO "are being left out of the action."

And in June, the National Security Council told health officials not to engage with WHO unless it was necessary for national security and public health safety, as reported by ProPublica. "Not having that level of engagement is also an impact that's important to understand," Kates says.

Can the U.S. become a global health leader again?

The biggest impact of Trump's WHO withdrawal plan, Kates and Gostin agree, has been the loss of the United States' traditional role as a leader on global health issues.

During global health crises, the U.S. has historically played a key role in funding as well as offering political and diplomatic leadership, Kates says.

But now, "this dialogue around setting up WHO as the problem – versus the virus as the problem – has altered the way the U.S. is operating on the global stage" and how other world governments view it, Kates says. By "choosing to point the blame at WHO on an ongoing basis," she says, the Trump administration has "distracted from combating the real problem, which is COVID-19."

Instead of leading the way, the U.S. has "undermined WHO's authority" and standing globally, Atun adds, and may have caused some people to question the agency's guidance during the pandemic.

Even under a Biden administration, experts say the U.S. is unlikely to play the same role it once did on the global health stage. "I think the U.S. could have a leadership role again, but I think it will be a different one," says Kates. She says the last four years have shown the world that the U.S. can be an unreliable ally on global health and other matters, depending on the administration in power, "and there's going be a memory of that going forward."

Adds Gostin, "There's been a huge trust deficit that's been opened the last four years, and it's going to take a long time to heal."

Did Trump have a point about WHO shortcomings — and if so, can they now be addressed by the U.S.?

In a letter sent to WHO Director-General Tedros Adhanom Ghebreyesus in May, Trump noted that China had delayed in first reporting cases of the coronavirus for days or weeks.

Gostin agrees that China was less than transparent early on in the outbreak. The way to fix that, he says, is to give WHO greater powers to independently verify outbreaks, which it was not able to do in China early on in the pandemic, leaving it to rely on Chinese reporting. "But there's absolutely no way that the United States can have influence or even a seat at the table right now in the reform of the World Health Organization or the international health regulations," he says. "We really are on the outside looking in."

Indeed, the Biden campaign has said that U.S. absence has actually opened a window for China to assert more leadership at the WHO, an assessment Gostin agrees with. "If we aren't at the table, decisions will be made in ways we may not like," Antony Blinken, Biden's senior foreign policy adviser, said earlier this year.

What about global vaccine plans?

Gostin and Kate hope that, under the Biden administration, the U.S. will become a part of COVAX, an international initiative to develop a COVID-19 vaccine and distribute it more equally around the world, including to countries that lack the resources to purchase it.

While the Biden campaign has not yet said whether it plans to join COVAX, Gostin and Kate are optimistic, given the president-elect's multilateralist approach to foreign policy, embracing cooperation with international institutions.

Under Trump, the U.S. has so far refused to join COVAX, in part because it is co-led by the World Health Organization. Instead, the U.S. has invested more than $6 billion to develop and buy doses of several vaccine candidates for its own citizens. Gostin argues that approach is short-sighted. For one thing, he notes it's possible that the U.S.-backed vaccines may not end up the most successful ones, and that a vaccine developed via the COVAX effort might offer better protection against the coronavirus.

And experts say it's ultimately in America's best interest to help poorer nations get wider access to a COVID-19 vaccine, because the only way to stop the pandemic is to quash the coronavirus everywhere with a truly global approach.