Accessibility links
WHO Rejects Remdesivir As Treatment Against COVID-19 In New Guidelines : Goats and Soda The medicine is one of the few to win regulatory approval as a treatment for the disease, but has fallen out of favor with the health authority. 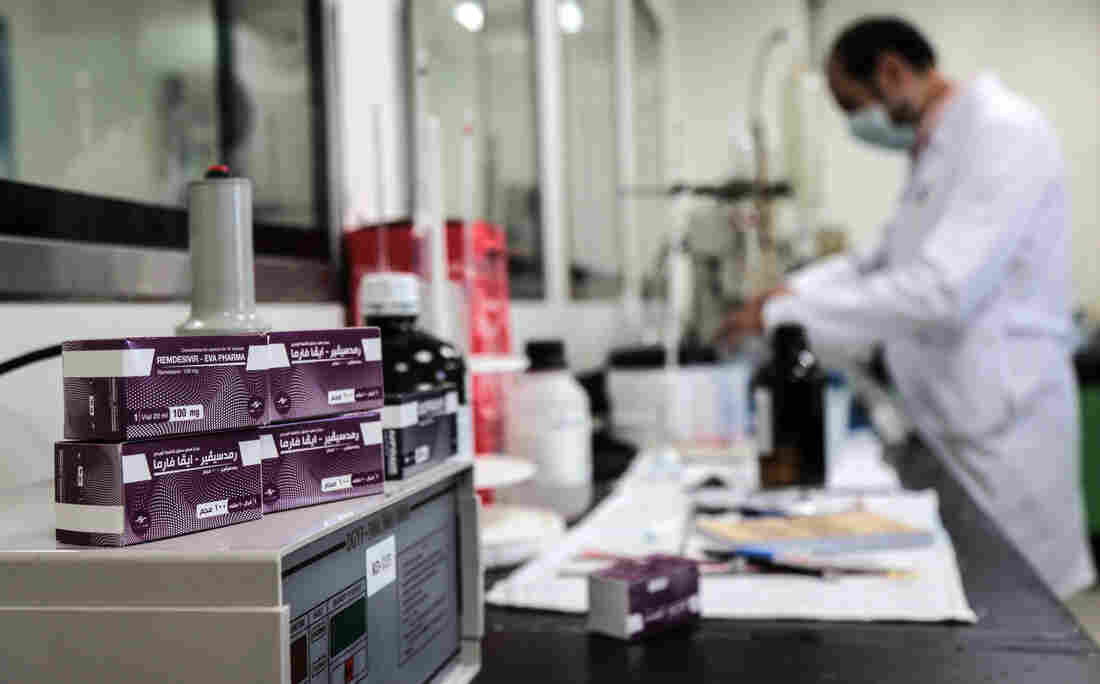 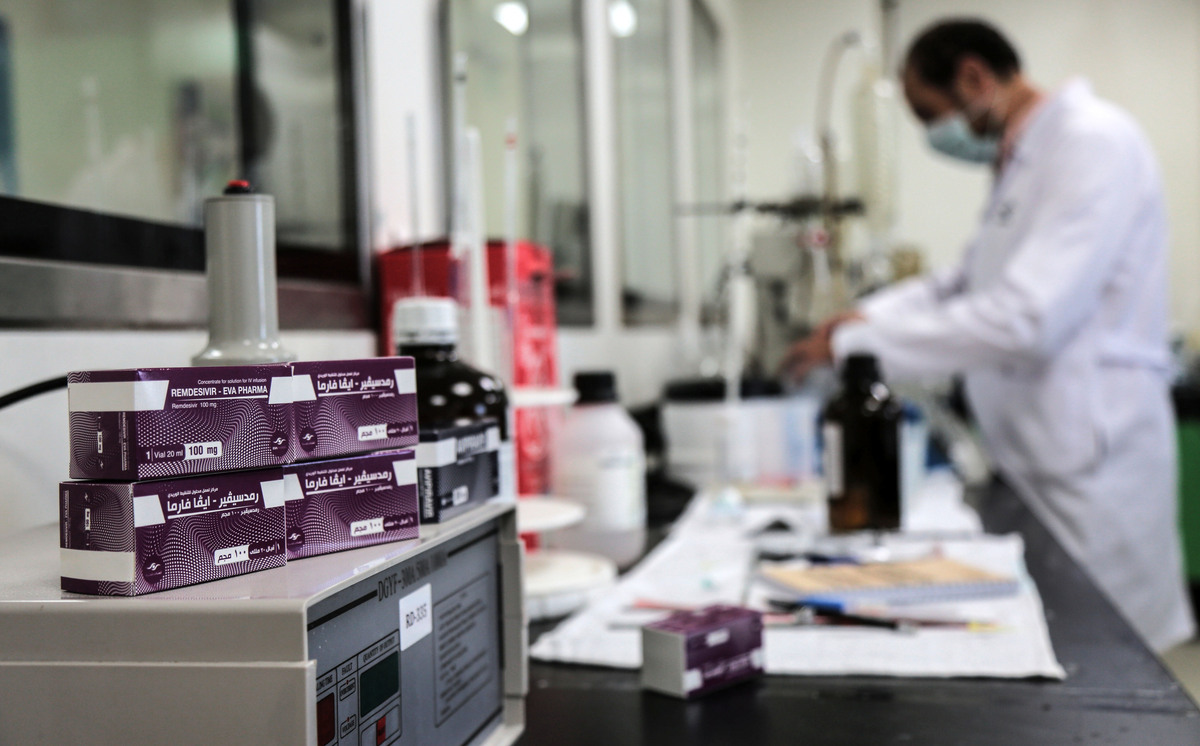 Boxes containing vials of remdesivir at a pharmaceutical company in Giza, Egypt.

A once-promising treatment against COVID-19 has fallen out of favor with the World Health Organization.

On Thursday, a WHO review panel issued new guidelines recommending against the use of remdesivir for COVID-19 — even though the medicine is one of the few to win regulatory approval as a treatment for the disease.

After a clinical trial in April showed that remdesivir sped up the recovery of people with severe cases of the disease, the U.S. snapped up millions of vials of the drug from its manufacturer Gilead Sciences. Over the summer, European regulators rapidly signed off on the product, leading to nations around the world signing purchase agreements for the drug. And last month, the U.S. Food and Drug administration also signed off.

Now the WHO says remdesivir doesn't do much of anything to improve the health of people hospitalized with COVID-19.

The recommendations are based on the WHO's Solidarity Trial, which is examining several coronavirus treatments including remdesivir on more than 11,000 patients in 30 countries.

The WHO panel says the data from the trial shows that remdesivir has "no meaningful effect on mortality or on other important outcomes for patients."

Remdesivir gained even more prominence in October when it was given to President Donald Trump as part of his treatment after he contracted the virus.

The WHO panel says it's possible there may be some benefit from the drug. But its relatively high cost along with the risks posed by giving it intravenously led them to recommend against using it.

The retail price of remdesivir in the U.S. was set by Gilead at $520 a dose. A typical treatment course requiring six or more doses costs thousands of dollars per patient.

The drug is given to patients as an infusion in a medical setting, which can be complicated. The infusions require a certain level of trained medical staff, who must monitor the patient and administer the drug at the right speed. Too fast and it can seep into the surrounding tissue. Infections can occur at the injection site. Ignoring the example of President Trump, who had a relatively mild case — it was only being used for hospitalized COVID-19 patients with severe forms of the disease.

On Thursday, Gilead issued a statement saying it was disappointed in the WHO's decision. The pharmaceutical company and other advocates of remdesivir point to a National Institutes of Health study from April that showed the drug cut the recovery time for patients with severe cases of the disease by five days.

Emily Smith, a professor of public health at the Milken Institute School of Public Health at The George Washington University says the early studies did show a small benefit from remdesivir in some hospitalized patients. She says the various recommendations for or against remdesivir that have been issued by different regulatory bodies over the past few months aren't inherently contradictory.

"While it might feel like people are disagreeing on what the evidence is, I actually see it as different conclusions based on different values," Smith says.

"When WHO guidelines are made, it involves different values that are much broader than the things considered by the FDA, which weighs very heavily the clinical outcome data."

Those broader considerations that the WHO is considering include the cost of remdesivir, the complexity of administering it in a medical setting, the potential risks giving it as an infusion — and weighing that against the potential benefits. Smith says the FDA, on the other hand, is looking primarily at clinical improvement from using the drug: whether patients' symptoms improve, whether fewer people die, for example.

"This is really consistent with how we think about health care in the U.S.," she says, "which is that we're willing to spend a lot of money on health care for a very small improvement. And that is not the model everywhere in the world."