Accessibility links
'Third World' Is An Offensive Term. Here's Why : Goats and Soda TV correspondents and pundits spoke it, Twitter users typed it. They said the insurrection in the U.S. Capitol on Wednesday was what happens in "Third World" countries. There's a problem with that.

Memo To People Of Earth: 'Third World' Is An Offensive Term!

Memo To People Of Earth: 'Third World' Is An Offensive Term! 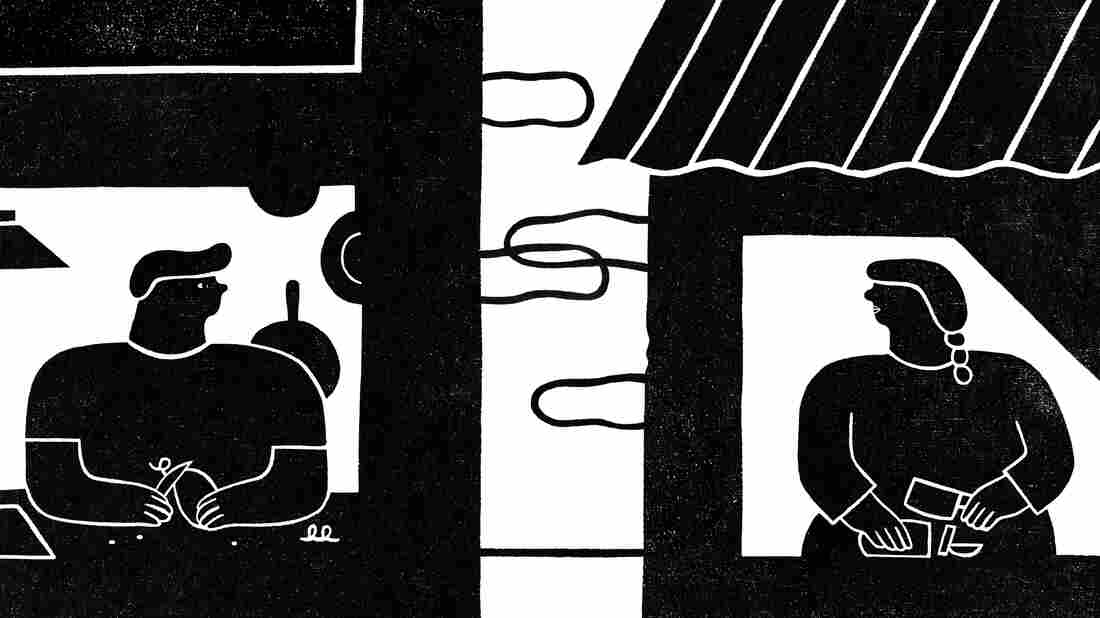 The question of what to call the "developing world" is a developing debate. Jing Wei for NPR hide caption 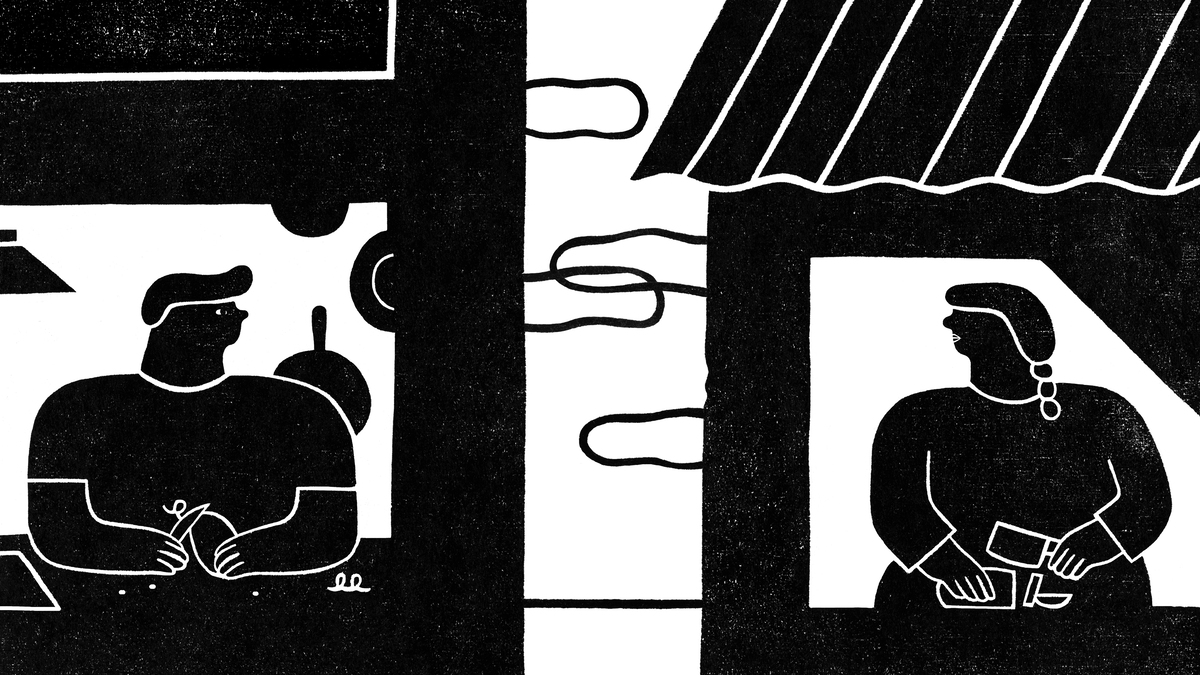 The question of what to call the "developing world" is a developing debate.

When an armed mob stormed the U.S. Capitol and took over the building on Wednesday, many Americans said that's what happens in "Third World" countries. TV journalists and pundits said it. As did people on social media.

Everyone knows what they meant — countries that are poor, where health care systems are weak, where democracy may not be exactly flourishing.

But the very term "Third World" is a problem.

"I feel like it connotes this superiority and inferiority," says Ngozi Erondu, senior scholar at the O'Neill Institute at Georgetown University, who identifies as Nigerian American and says half her family lives in Nigeria. When she heard the label growing up, she says it struck her as making "this assumption about people outside of the 'First World' — that they lived really different lives, the assumption they were poor, they should be happy to eat every day. As if we don't have the same value as humans."

She concludes: "I think it's a very antiquated and offensive term."

Dr. Abraar Karan adds his objections. "There is no 'Third World.' There were the oppressed and the oppressors," says Karan, who was born in India, grew up in Los Angeles and is now on staff at Harvard Medical School.

The oppressors, he says, often took resources from the countries they colonized — a reason that he's not a fan of the term "low resource" to describe countries that lack the wealth of Western nations.

Yet as Wednesday's events made clear, "Third World" is often the first term that pops into Westerners' minds when they try to characterize less well-off, troubled countries.

So where did this term come from?

The idea of a world divided into three domains dates back to the 1950s when the Cold War was just starting. It was Western capitalism versus Soviet socialism. But there was another group of countries. Many were former colonies. None of them were squarely in either the Western or the Soviet camp. Thinking of these three factions, French demographer Alfred Sauvy wrote of "Three worlds, one planet" in an article published in the French newspaper L'Observateur in 1952.

The "First World" consisted of the U.S., Western Europe and their allies. The "Second World" was the so-called communist bloc: the Soviet Union, China, Cuba and friends. The remaining nations, which aligned with neither group, were assigned to the "Third World."

The "Third World" has always had blurred lines. "Although the phrase was widely used, it was never clear whether it was a clear category of analysis, or simply a convenient and rather vague label for an imprecise collection of states in the second half of the 20th century and some of the common problems that they faced," historian B.R. Tomlinson wrote in the essay "What Was the Third World," published in 2003 in the Journal of Contemporary History.

Because many countries in the Third World were impoverished, the term came to be used to refer to countries where poverty is rampant, where health care is inadequate, and where democracy does not flourish.

But in the 21st century, many scholars (and citizens from the so-called Third World) would like to see the term dumped in the dustbin of history. They believe that this 1-2-3 classification is now out of date, insulting and confusing. Who is to say which part of the world is "first"? Plus, the Soviet Union doesn't even exist anymore.

And it's not like the "First World" is the best world in every way. It has pockets of deep urban and rural poverty, says Paul Farmer, co-founder of the nonprofit Partners in Health and a professor at Harvard Medical School. "That's the 'Fourth World,' " Farmer says, referring to parts of the United States and other wealthy nations where health and economic problems loom large.

So what alternatives are there?

"Developing countries" sounds like it might be a better choice than Third World. Countries in that category often need to develop better health care systems, better schools, better ways to bring water and electricity to people.

And some people in these so-called developing countries are fine with the term. "We're definitely not out of the developing category," says Dipa Sinha, an economist and researcher at the Center for Equity Studies in New Delhi, which works on issues of social and economic inequalities in India.

Vaibhav Bojh also doesn't mind the term. A credit manager at Punjab National Bank, he says, "Being called a 'developing country' gives me a chance to improve." He hopes that one day India will go "a few steps beyond what 'developed countries' have achieved."

It's such a convenient label to use. Everybody knows what you're talking about. It's what The Associated Press Stylebook suggests using: According to the AP: "Developing nations is more appropriate [than Third World] when referring to economically developing nations of Africa, Asia and Latin America. Do not confuse with 'nonaligned,' which is a political term" — and mostly a historical term now.

So "developing world" seemed to be a good solution. But there are lots of people who are "developing" haters.

"I dislike the term 'developing world' because it assumes a hierarchy between countries" is what Shose Kessi, a South African social psychologist at the University of Cape Town, told me in an email exchange when I first looked into this issue a few years back. "It paints a picture of Western societies as ideal but there are many social problems in these societies as well. It also perpetuates stereotypes about people who come from the so-called 'developing world' as backward, lazy, ignorant, irresponsible."

In short, there's nothing about the term "developing world" that works for her. "In my view, the developed-developing relationship in many ways replaces the colonizer-colonized relationship. The idea of development is a way for rich countries to control and exploit the poor. You can see this through the development industry where billions of dollars are spent but very little gets achieved. Come to think of it, actually, I hate the term!"

And when you think about it, "developing countries" are quite developed in some respects. In countries where government safety nets are practically nonexistent, people step forward to help out, says Mead Over, a senior fellow emeritus at the Center for Global Development. "People donate money at a funeral to help the bereaved family, or people receive gifts from a neighbor to pay the doctor in a time of family emergency." We in the West, he says, often neglect social networks "and they wither away."

The pandemic has thrown these disparities into sharp relief. NPR published a story this summer with the headline: "Why Rwanda Is Doing Better Than Ohio When It Comes To Controlling COVID-19."

In July, when the story ran, the country of 12 million had recorded just over 1,500 cases. Ohio, with a similar size population, was then reporting roughly 1,200 cases a day.

Our correspondent, Jason Beaubien, wrote: "Despite being classified by the World Bank as a low-income country, and despite its limited resources, Rwanda has vowed to identify every coronavirus case. Anyone who tests positive is immediately quarantined at a dedicated COVID-19 clinic. Any contacts of that case who are deemed at high risk are also quarantined, either at a clinic or at home, until they can be tested."

Erondu says she's embarrassed if she inadvertently uses the term during a workshop in one of the countries in Africa where she works on health care issues. Why? "Because people in Nigeria don't refer to themselves as the 'global south.' It's something someone named them."

Maybe the solution is to come up with a classification based on data. That's how the World Health Organization categorizes countries. It uses the term "low- and lower-middle-income countries," or LMIC for short. This acronym is sometimes split in two: LICs and MICs, pronounced "licks and micks" and sounding like an old-fashioned kind of candy. The LMIC category is based on World Bank statistics that divide up countries by gross domestic product: There are low income, lower-middle income, middle income and high income.

At first glance, numbers seem to offer an objective way to divvy up the world. But statistics don't tell a full story. There are extremely wealthy people in poor countries, for example. Kenya has slums and neighborhoods where real estate prices rival any nation. It's part of a growing trend of income inequality around the world, Over notes.

So income levels tell you something — but not everything. Over would like to see classifications based on a combination of income and equality.

Some people use the term "majority world" – a reminder to those of us in the West that we are but a very small minority on the globe. According to World Bank statistics, half of humanity lives on $2.50 or less a day.

The truth is that sweeping labels will never be perfect. So just be specific, advises Elsa D'Silva from Mumbai, India. She's founder and CEO of the Red Dot Foundation, which aims to stop sexual violence. If you're writing about a nation that doesn't have a robust health care system, she says, just say so.

D'Silva has another suggestion. She once heard the late Hans Rosling, a professor of global health at Sweden's Karolinska Institute, talk about countries that aren't yet in the upper-income category. He said, "They're the rest of the world." And, she says, why not just call them by their names?