Accessibility links
In Race For Vaccine Success, China And Russia Vie For Leading Role : Goats and Soda The two countries are vying for a role in ending the pandemic by offering their vaccines to countries that can't afford or obtain other vaccines. And a new study reports a promising efficacy rate.

China And Russia Want To Be Vaccine Leaders. How's That Going?

China And Russia Want To Be Vaccine Leaders. How's That Going? 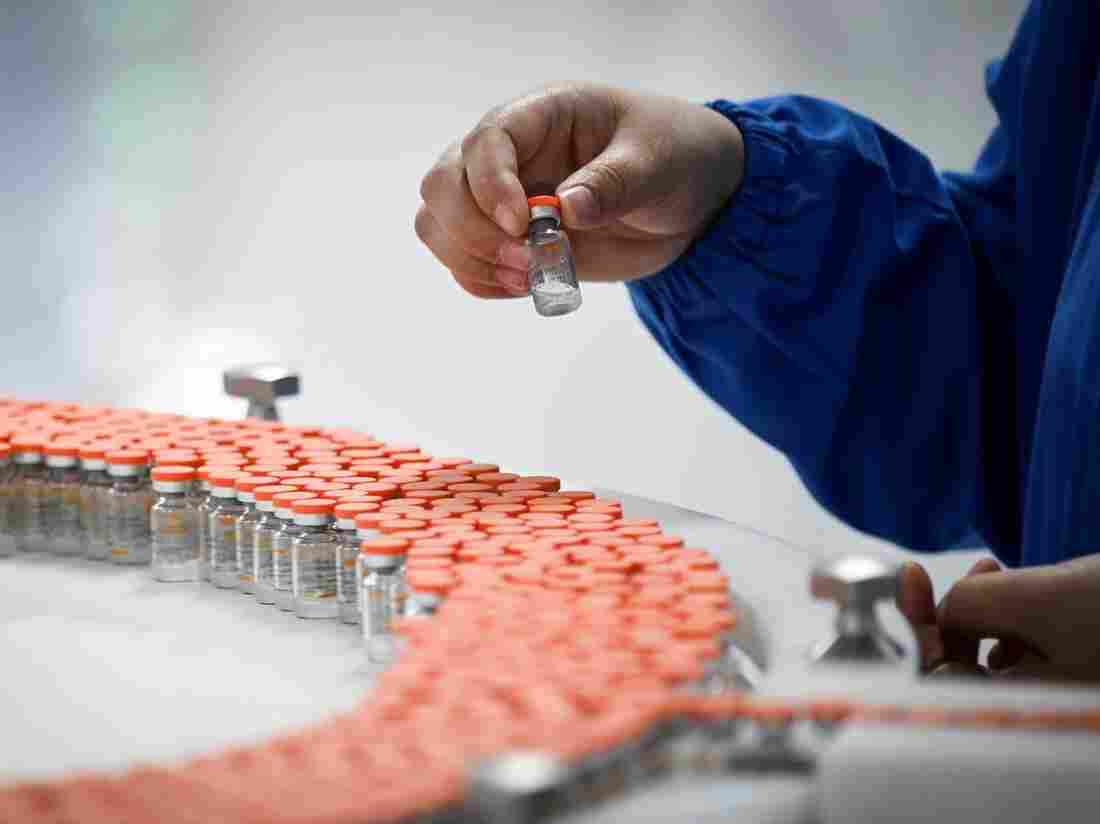 The Sinovac vaccine is produced at this newly built factory in China. Sinovac is one of 11 Chinese companies carrying out clinical trials of potential COVID-19 vaccines. Wang Zhao/AFP via Getty Images hide caption 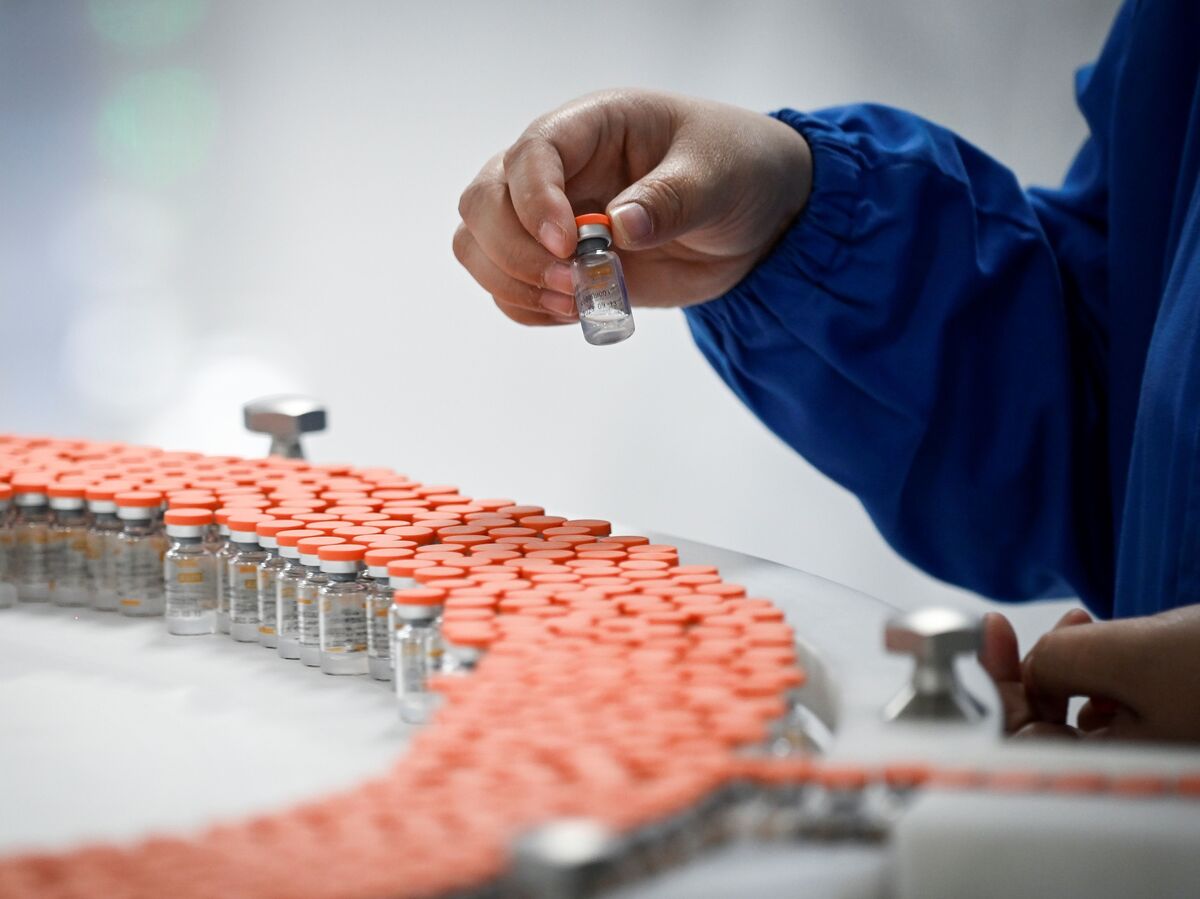 The Sinovac vaccine is produced at this newly built factory in China. Sinovac is one of 11 Chinese companies carrying out clinical trials of potential COVID-19 vaccines.

Editor's note: This story has been updated to reflect the latest data from a Phase 3 efficacy study of Russia's vaccine.

China and Russia are vying for a role in ending the global coronavirus pandemic.

Both countries have produced vaccines that they intend to sell to countries that can't afford the ones being used in the United States.

Even if these vaccines don't work as well as the ones authorized in the U.S., there's no question the Chinese and Russian vaccines will be welcomed by lower resourced countries, in part because the vaccines will be available and affordable.

"China has an enormous vaccine production capacity," says Deborah Seligson, an assistant professor at Villanova University. That enormous capacity is at least in part because China is an enormous country.

And since public health measures have largely kept the virus in check in China, that capacity can be used to send vaccines around the world.

"There are going to be huge advantages to these Chinese vaccines once they're fully tested and if they turn out to be effective," she says.

The two leading vaccines from China are made by two companies: Sinovac and Sinopharm. The former is a private company, the latter a government entity. Vaccines from both companies have been granted conditional approval in China.

What makes these vaccines attractive for distribution in lower resourced countries is they don't require special refrigeration as some of the other new vaccines do and they'll be cheap.

The concept behind the vaccines made by Sinovac and Sinopharm is decades old. It's an approach used successfully in the 1950s to make a polio vaccine. It involves growing the virus in a lab, then inactivating it with a chemical like formaldehyde and using the inactivated virus in a vaccine.

"Their inactivated viral vaccine is based on research that they had conducted to develop a vaccine for SARS, and so that actually gave them a head start," says Abigail Coplin, an assistant professor of sociology and science, technology and society at Vassar College. She keeps her eye on Chinese biotech companies.

SARS was a deadly outbreak in the early 2000s in China caused by a close relative of the coronavirus. It appeared at the time as if a global pandemic of SARS were a real possibility. In the end, the coronavirus turned out to be reasonably difficult to transmit from person to person, and with relatively modest public health measures in place, SARS basically just disappeared in 2004. So the SARS vaccines being developed were shelved.

But there's still a question of whether the new Chinese vaccines are effective.

Although both companies have claimed their vaccines are effective, neither Sinopharm nor Sinovac has published results from its efficacy trials. Coplin sees nothing nefarious about that. Since there's very little virus circulating in China, to test their vaccine the Chinese have had to turn to countries like Brazil, Indonesia and Turkey.

"When you're running that many trials internationally, it does take a lot of time to actually analyze that trial data," Coplin says.

The results that have come out have varied widely. A study in Brazil initially reported 78% effectiveness, but that number was later revised to slightly more than 50%. At the same time, a study in Turkey appeared to show 90% effectiveness.

Without definitive trial results showing that any of the Chinese or Russian vaccines work, why have apparently more than a dozen countries around the world signed deals to get one of these vaccines?

"It's a measure of how desperate countries feel and how much uncertainty they face," says J. Stephen Morrison, director of the Global Health Policy Center at the Center for Strategic and International Studies.

But, he adds, "most countries are not throwing themselves hook, line and sinker into partnerships with the Chinese."

That's because there are other, low-cost alternatives. A vaccine made by Oxford University and AstraZeneca is also racking up lots of international customers, and it has also been given some form of regulatory go-ahead in several countries including India. That country is also likely to have its own vaccine candidate that will be inexpensive and widely available.

But there's already another major entrant into the international vaccine arena.

"Back on Aug. 11, the Russian government, with great fanfare, announced the first in the world registration of a vaccine against COVID," says Judyth Twigg, a professor at Virginia Commonwealth University whose work focuses on Russian health policy.

The Russians chose Sputnik V as the name for their vaccine for a reason.

"They're very deliberately invoking imagery of Russia reemerging as a great power status," Twigg says. "'We're back. We're at the scientific and technological top of the world.'"

Almost immediately Russia started courting interest in their vaccine from other countries.

Now production has ramped up, says Twigg, and The Lancet has published an interim analysis of Russia's Phase 3 efficacy study involving nearly 20,000 volunteers. The results show the efficacy of the vaccine is 91.6% for confirmed cases of COVID-19. Encouragingly, there were no severe cases of disease or death following vaccination.

Even before the results were published, there were buyers for the vaccine.. Late last year, Argentina purchased 300,000 doses of Sputnik V, apparently at a very favorable price.

"[Russia] said, 'Let's see if we can get some sort of international caché out of being a donor that's finally sending some vaccine to a non-Western, non-northern hemisphere country," says Twigg.

One thing is clear: The world is going to need a number of vaccines to work if the global pandemic is really to be brought under control. That's why many eyes are trained on the Chinese and Russian candidates.