Artificial Sperm Not So Hot

Artificial Sperm Not So Hot

Three weeks ago we told you of the brouhaha surrounding researchers in England who announced they'd created sperm from human stem cells ("All That Wriggles Is Not Science"). Critics at the time sniffed to reporters that the would-be sperm-makers were over-claiming. That the wiggling cells in a dish indeed had tails, but there was no proof that they were truly potent (or had other important sperm-like characteristics).

Now we're getting word that at least a few paragraphs of that "sperm" scientific manuscript were also plagiarized. 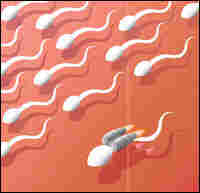 Though the editors of Stem Cells and Development didn't publicly question the underlying science or its conclusions, they did retract the paper -- setting off yet another brouhaha over whether now they were being too tough. Harry Moore, a stem cell biologist at the University of Sheffield, who'd been critical of the initial study, told Nature this week about the retraction,

If there's nothing else behind this, it seems a little harsh.

But as the Associated Press points out, stem cell biologists may be extra-sensitive to any hints of fraud, given the fiasco several years ago when a team led by South Korean biologist Hwang Woo-suk was discovered to have out-and-out fabricated important results.

As for this week's plagiarism case, Allan Pacey, secretary for the British Fertility Society told AP Friday he thinks the journal was right to yank the paper.