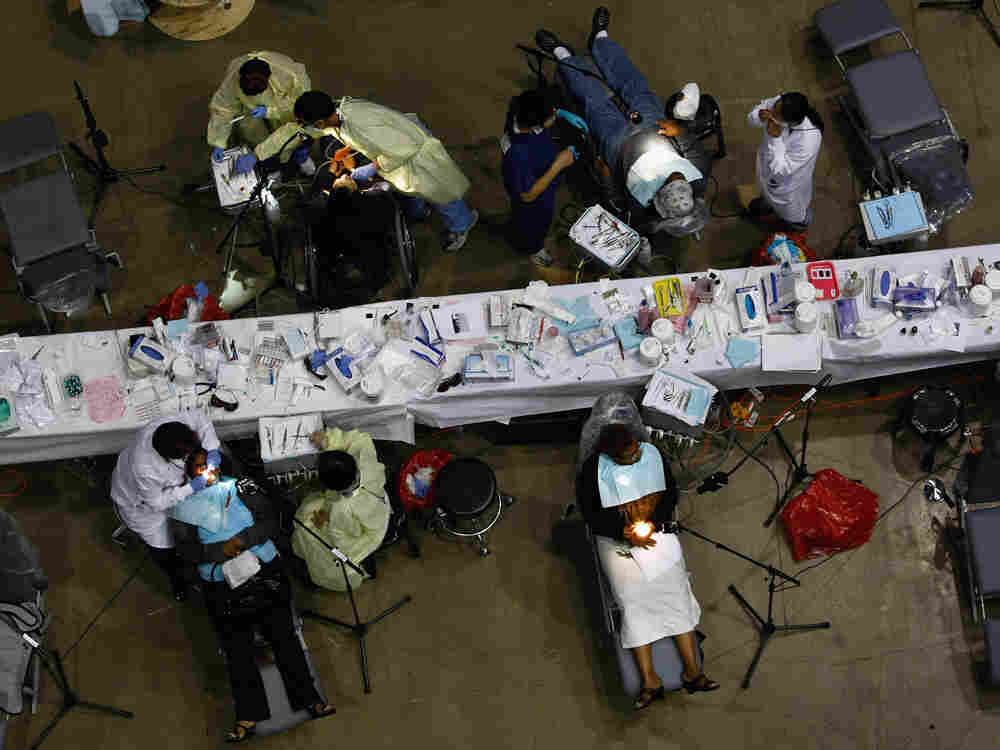 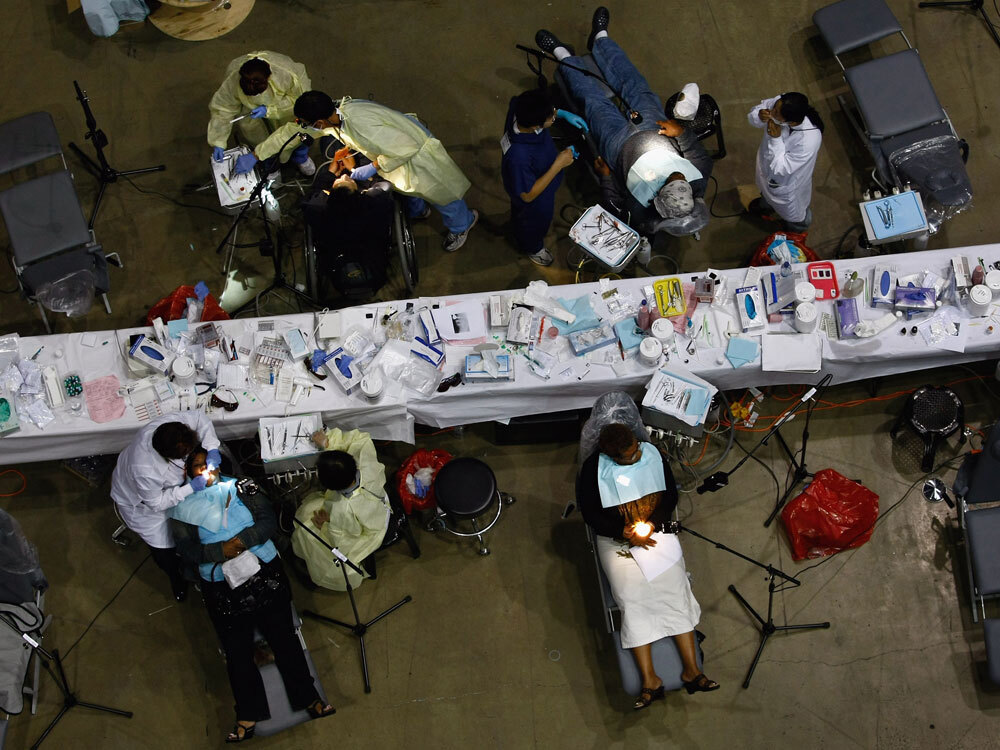 Dental patients at a free health clinic at the Forum arena in Inglewood, Calif.

As the debate over the administration's plan to remake health care rages on, some folks are taking direct action to bring medical help to the uninsured.

Remote Area Medical, an aid outfit that got its start helping villagers in the Amazon Rainforest, is running a free, eight-day-long clinic in Los Angeles for people in need.

Hundreds of people started lining up Monday for a chance to get their teeth fixed, eyes checked and various other maladies cared for at the clinic, which opened Tuesday.

In an opinion piece, the Los Angeles Times observes, "The scene makes a compelling case for a healthcare overhaul, putting a human face on the dry statistics about uninsured and underinsured Americans."

But Stan Brock, Remote Area Medical's founder, tells the New York Times the group just wanted to offer charity for people who need it--not become part a debate on health care. Even so, he says, he's delighted about the focus the president's plans have brought to health care.

NPR's Howard Berkes reported last month on the group's tenth annual clinic in Wise, Va., where 2,700 people were treated over three days. A survey of those who came for care revealed that 51 percent were uninsured, 40.3 percent were on Medicaid or Medicare, and only 7.3 percent had employer-provided or private insurance. Fewer than 1 percent of patients had dental or vision insurance.

The clinics have had at least one unanticipated side effect. Wendell Potter, a former insurance executive turned industry critic, credits his change in thinking to seeing the RAM clinic at the Wise County Fairgrounds in 2007.