Accessibility links
Barney Frank Unleashed At Town Hall : Shots - Health News A flash point came when some in the crowd compared President Obama's plans for health overhaul to something from the Nazi era.

We may have a new benchmark for raucousness at congressional town hall meetings. 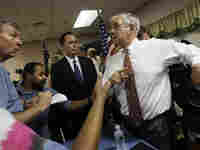 Rep. Barney Frank, the loquacious Massachusetts Democrat, faced a very tough crowd at a senior center in the coastal town of Dartmouth Tuesday.

A flash point came when some in the crowd compared President Obama's plans for health overhaul to something from the Nazi era, complete with posters showing President Obama with a Hitler-style mustache.

"On what planet do you spend most of your time?" Frank asked a woman, who wanted Frank to explain his support for what she called a Nazi policy, the Associated Press reported. "Ma'am, trying to have a conversation with you would be like trying to argue with a dining room table. I have no interest in doing it."

Listen to the question and Frank's tart response:

When Nazi references surface in online comments, it's a sign that any hope for civil conversation is lost. Seems like the same rule of thumb applies to town hall meetings.

So where are these Third Reich comparisons coming from? Take a look at this larger AP photo of an Obama-as-Hitler poster from outside the Frank meeting, and you can see it's the work of LaRouche PAC, which has been chronicling the coverage of its Nazi-themed protests around the country. 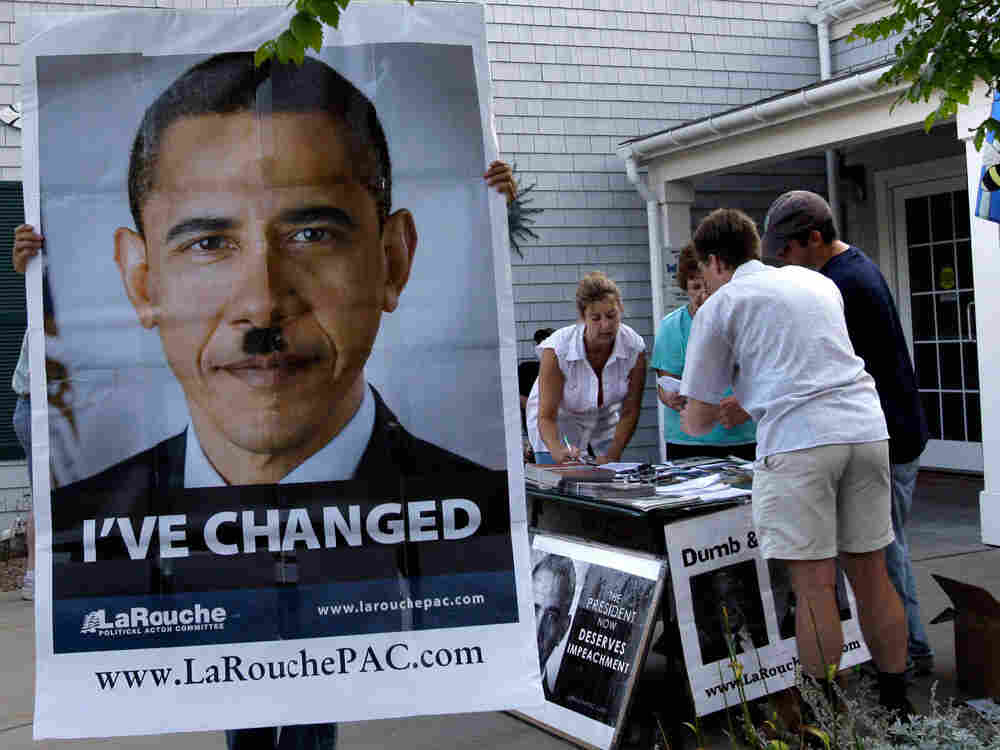 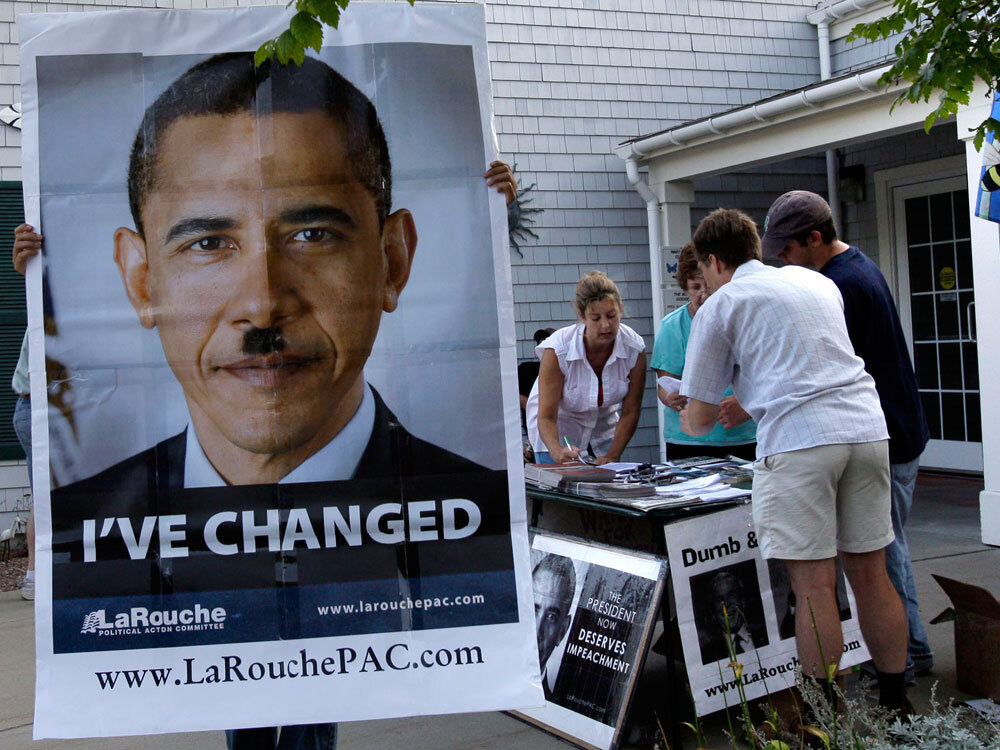 A protester outside a Massachusetts town hall holds up an Obama-as-Hitler poster.

Lyndon LaRouche has been on the fringes of American politics for decades. We're not quite sure how to describe the highly personal political lens he brings to bear on the world. PublicEye.org examines LaRouche's history here and calls him a "fascist demagogue." On the right, the Media Research Group's NewsBusters site objects to the media's characterizations of him as a right-winger and says he's a Communist.