Accessibility links
Grassley Presses NIH On Drug Company Ghostwriting : Shots - Health News An Iowa senator is pressing the National Institutes of Health for answers about articles ghostwritten by industry and published under the names of federally funded researchers. 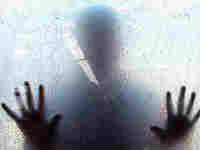 The Iowa Republican, who's been a bulldog on conflicts of interest in academic medicine, has asked the National Institutes of Health to tell him what it's doing about ghostwriting by NIH-funded researchers. You can read the letter, obtained by NPR, here.

The New York Times reports again this morning on the common practice of drugmakers arranging for the publication of favorable articles in medical journals under the names of prominent doctors. Companies paid by drugmakers draft the articles, find willing doctors to lend their names and prestige, and then submit them to journals. The financial arrangements often remain hidden.

The NIH told the Times that the responsibility for policing ghostwriting falls upon institutions that employ the researchers.

Despite some claims that industry is cleaning up its act, ghostwriting goes on. James Stein, a cardiologist at the University of Wisconsin, tells the Times, "It happens all the time," citing a request he'd gotten three days before the interview "to be the author of a ghostwritten article about the effectiveness of a cholesterol-lowering drug."