Accessibility links
How Medical Is The Marijuana In California? : Shots - Health News The California marijuana trade is a booming, with medical pot stores outnumbering McDonalds or Starbucks outlets by at least 2 to 1 in some parts of Los Angeles.

How Medical Is The Marijuana In California?

How Medical Is The Marijuana In California?

In 1996, California voters decided that it was time to make marijuana available to people whose doctors determined it could help them. 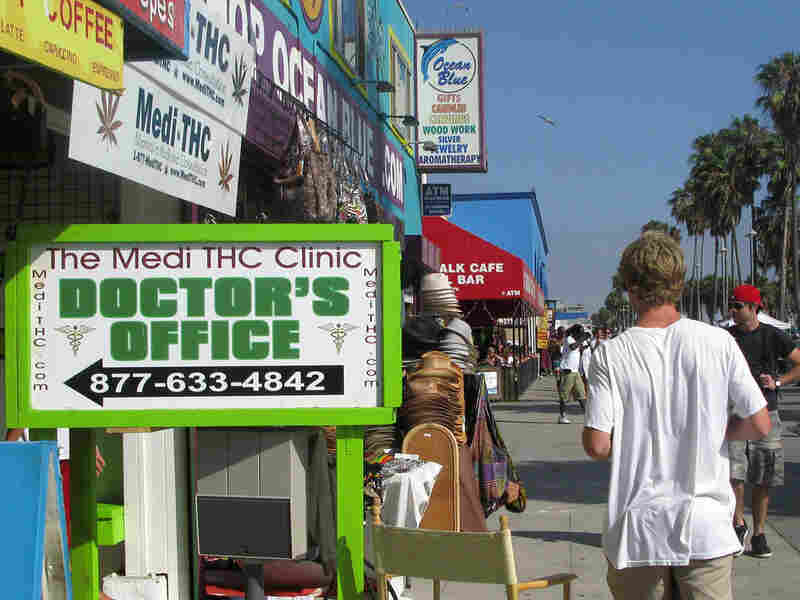 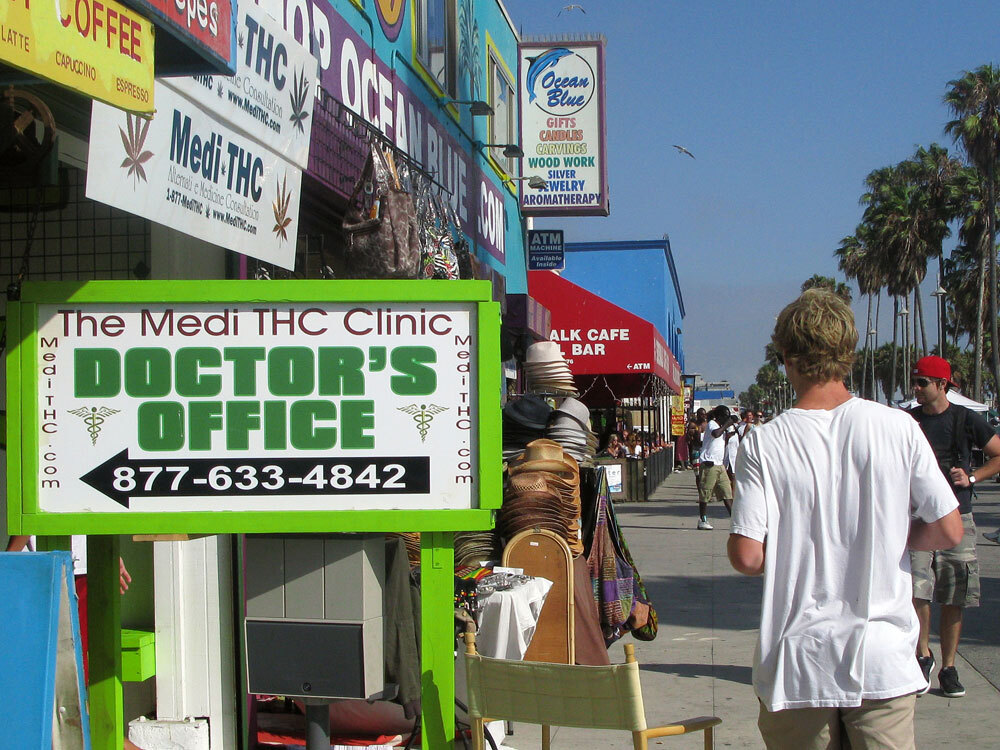 Get your pot here.

Fast forward to today, and as NPR's Richard Gonzales reports, there are an awful lot of seemingly healthy Californians buying marijuana from storefront dispensaries made possible by the legal change.

The medical marijuana trade is booming, with pot stores outnumbering McDonalds or Starbucks outlets by at least 2 to 1 in some parts of Los Angeles.

Scott Imler, a Methodist minister from West Hollywood who co-wrote Proposition 215 that opened the door for medical pot, tells Gonzales the law has been subverted. "What we have is de-facto legalization."

Ron Brooks, a federal drug agent in San Francisco, calls Prop 215 "a hoax." Just take a look at the customers who frequent the dispensaries, he says, "and tell me how many people look sick and dying. How many people look like they are suffering from catastrophic illness, and how many kids are standing around the corner where people buy marijuana inside the dispensary -- and resell it to the kids outside for a profit."