Accessibility links
New Frontier In Fatty Food: Deep-Fried Butter : Shots - Health News Grab your ten-gallon hat and a box of antacids before you head to the State Fair of Texas, showplace for some of the fattiest food on earth.

Deep-fried butter. Just writing those words gives us a warm feeling in our stomach and more viscous blood in our arteries. 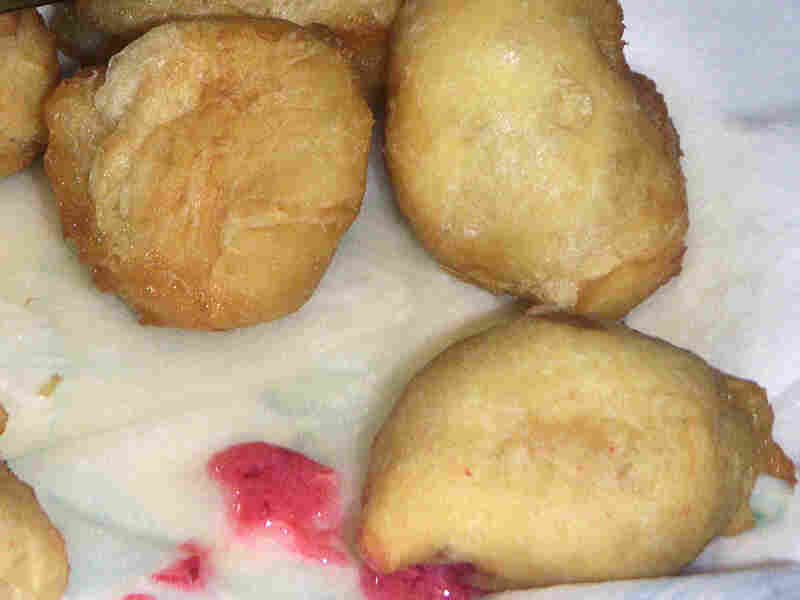 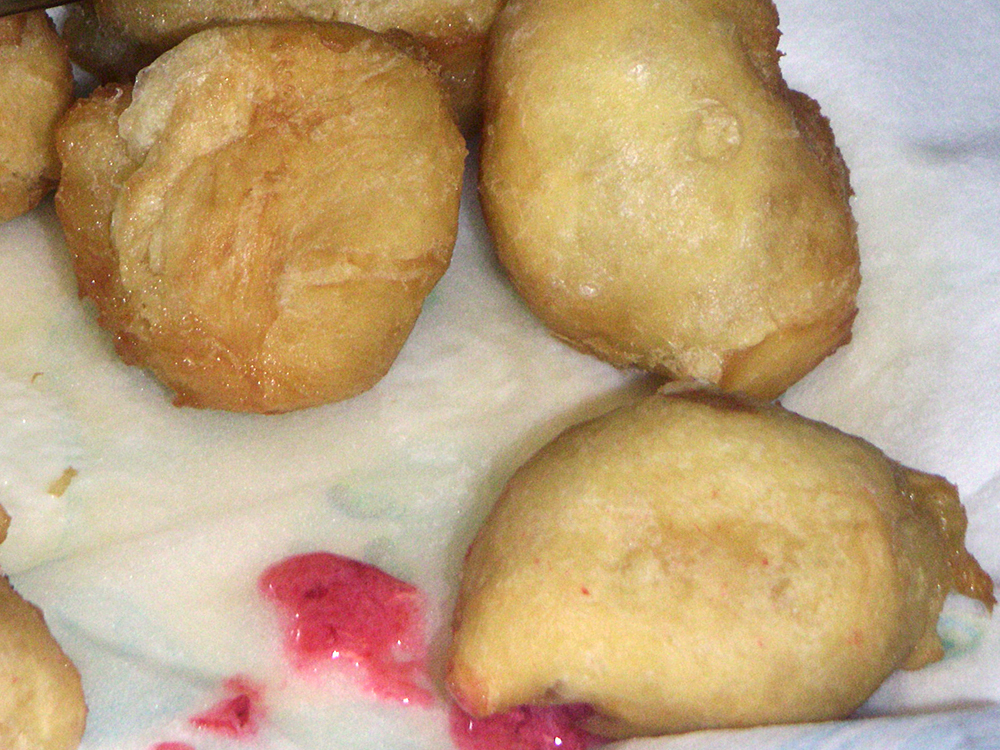 Crazy as it sounds, the stuff's for real. If you're brave enough, you can can sample some in a couple of weeks at the State Fair of Texas. The Dallas fair lays claim to being the birthplace of the corn dog and is also known as the "Fried Food Capital of Texas."

Those butter bombs, which we can't get out of mind, are finalists in a contest held over Labor Day weekend each year to pick foods that will be featured at the fair, starting Sept. 25.

Creator Abel Gonzales concedes the idea of deep-fried butter disgusts most people when they first hear about it. "But I'm not actually taking a hunk of butter and just putting in a fryer," he told NBC News. "That would be kind of gross."

Instead, he wraps a dollop of frozen, whipped butter inside sweetened dough and quickly fries it. The result supposedly tastes like the most buttery bread you've ever had.

In the fried-food wars, Gonzalez has a tough act to follow--himself. At fairs past, he's trotted out fried peanut butter, jelly and banana sandwiches; fried cookie dough and fried Coke. The editorial page of the Dallas Morning News speculated, with a greasy tongue in cheek we think, that his next act may be fried fistful of Crisco.

Last year's winners were fried banana split for creativity and chicken-fried bacon, served with ranch dressing or honey mustard sauce, for best taste. Gonzalez had to settle for finalist, with his entry Fire and Ice, a deep-fried, battered pineapple ring adorned with whipped cream frozen solid with liquid nitrogen.

Watch the video below to see Gonzalez at work.

Visit msnbc.com for Breaking News, World News, and News about the Economy