The Food and Drug Administration just approved the vaccine against the H1N1 virus that causes swine flu. 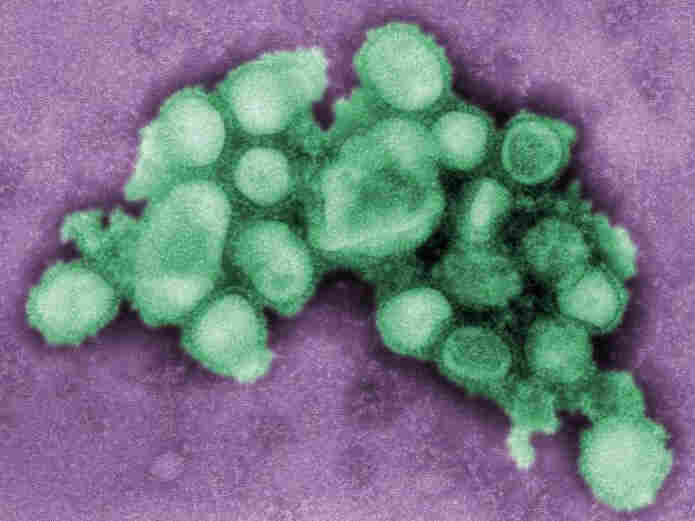 Vaccine against the H1N1 virus is a step closer. CDC hide caption 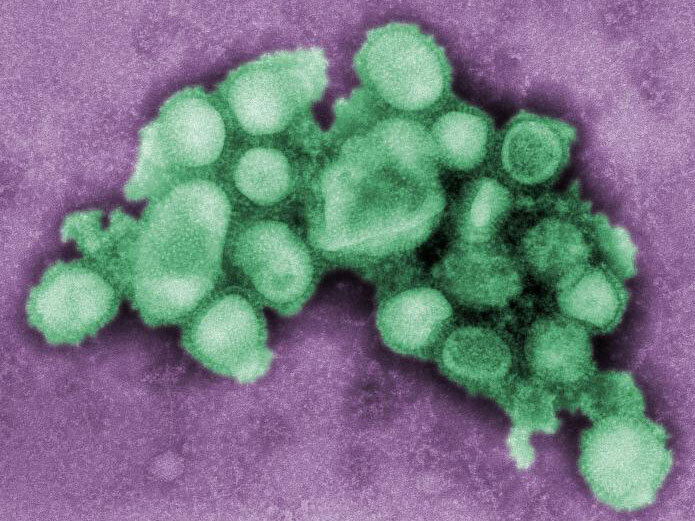 Vaccine against the H1N1 virus is a step closer.

FDA just put out the details on the approval (see the full text after the jump), which applies to vaccine from four different manufacturers.

The FDA affirms, as expected, that a single dose for adults should be sufficient to raise a strong immune response in eight to 10 days. A recommendation on the dose for children, whose immune systems may need more priming, should be ready in the "near future," the FDA said, after some clinical test results come in.

Health and Human Services Secretary Kathleen Sebelius told Congress the approval news in testimony a little while ago, according to the Associated Press.

She expects the first shots to be distributed in early October, with most of the vaccine arriving starting on the 15th. Eventually there will be enough vaccine for all Americans who want it, according to Sebelius, but some people, including children and pregnant women, will be among those to be vaccinated first.

The approval marks an important step toward mass vaccination of Americans against swine flu, as the second wave of virus picks up speed.

Even if the vaccine starts arriving in a few weeks, as Sebelius expects, will it do much good? NPR's Richard Knox reported the history of previous pandemics gives a mixed reading.

An Asian flu pandemic in the late '50s peaked in mid- to late-October, so a return of swine flu along that course would mean a vaccine might not help much. Then again, the last flu pandemic before H1N1, the Hong Kong flu of the late '60s, didn't peak until November or December. That sort of time line would give public health officials and vaccine makers a little breathing room.

Update: The FDA put out some more information on the approval. We've attached the text of the release below.

The U.S. Food and Drug Administration announced today that it has approved four vaccines against the 2009 H1N1 influenza virus. The vaccines will be distributed nationally after the initial lots become available, which is expected within the next four weeks.

"Today's approval is good news for our nation's response to the 2009 H1N1 influenza virus," said Commissioner of Food and Drugs Margaret A. Hamburg, M.D. "This vaccine will help protect individuals from serious illness and death from influenza."

The vaccines are made by CSL Limited, MedImmune LLC, Novartis Vaccines and Diagnostics Limited, and sanofi pasteur Inc. All four firms manufacture the H1N1 vaccines using the same processes, which have a long record of producing safe seasonal influenza vaccines.

Based on preliminary data from adults participating in multiple clinical studies, the 2009 H1N1 vaccines induce a robust immune response in most healthy adults eight to 10 days after a single dose, as occurs with the seasonal influenza vaccine.

Clinical studies under way will provide additional information about the optimal dose in children. The recommendations for dosing will be updated if indicated by findings from those studies. The findings are expected in the near future.

People with severe or life-threatening allergies to chicken eggs, or to any other substance in the vaccine, should not be vaccinated.

In the ongoing clinical studies, the vaccines have been well tolerated. Potential side effects of the H1N1 vaccines are expected to be similar to those of seasonal flu vaccines.

As with any medical product, unexpected or rare serious adverse events may occur. The FDA is working closely with governmental and nongovernmental organizations to enhance the capacity for adverse event monitoring, information sharing and analysis during and after the 2009 H1N1 vaccination program. In the U.S. Department of Health and Human Services, these agencies include the Centers for Disease Control and Prevention.