Accessibility links
Add 'Facility Fees' To Health-Care Indignities : Shots - Health News More patients are on the hook for surprising fees levied by hospitals for the use of outpatient facilities they own.

If you feel nickled and dimed by baggage charges and overdraft fees, watch out for the bill you get for an MRI scan performed at the local hospital's imaging center. 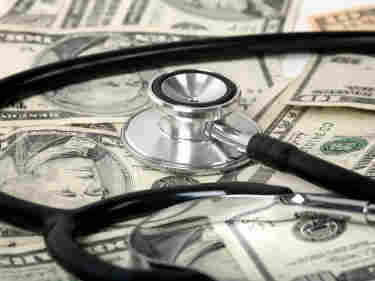 Beware of hidden fees when you go for outpatient care. iStockphoto.com hide caption 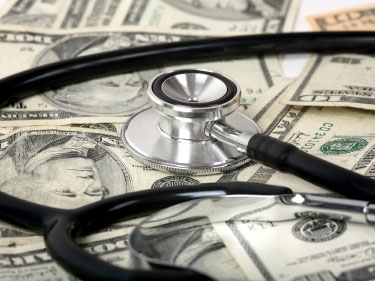 Beware of hidden fees when you go for outpatient care.

Many hospitals are now levying separate charges for the use of outpatient facilities--for everything from eye exams to the removal of cysts. "It's like a barber saying, 'That'll be $20 for a haircut and $10 for sitting in my chair,' " Wisconsin state Rep. Chuck Benedict told Kaiser Health News.

Insurers often decline to pay the fees, leaving you with a hefty bill. Kaiser's Sandra Boodman reports the fees can run into the thousands of dollars.

The Medicare program laid the foundation for the fees with rules allowing hospitals that own doctor practices, outpatient clinics and imaging centers to charge separately for facility overhead. Under the rules, if a hospital bills Medicare patients that way it must do the same for all comers. Clinics and practices that aren't owned by hospitals aren't supposed to charge a separate fees.

Aside from the actual money involved, many patients feel blindsided by fees they never saw coming. Disclosures are often lacking or confusing.

In April, New Hampshire Public Radio's Elaine Grant took a look at state legislators' efforts to require clearer disclosure of the fees. If patients know what they're going to be on the hook for, they might shop around for cheaper elective procedures and scans.

As health-care consultant James Unland told NHPR, "I basically think that in most cases hospitals count on the ignorance of the public and to some extent maybe the laziness of people in not exploring alternatives."