Accessibility links
For College Students, Health Overhaul Starts Today : Shots - Health News A new law that lets college students take up to a one year medical leave from school without getting kicked off their parents' insurance coverage.

While Congress haggles over the details of a massive health-care overhaul, at least a few people will no longer have to worry about losing their health insurance if they get sick: college students who are still covered under their parents' health plans. 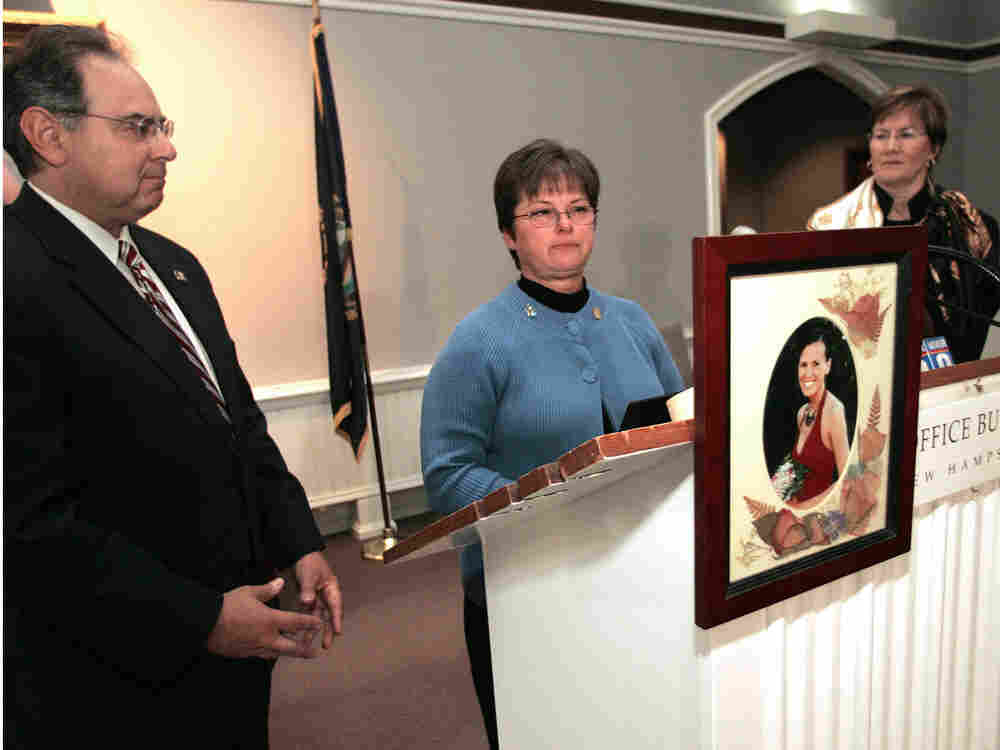 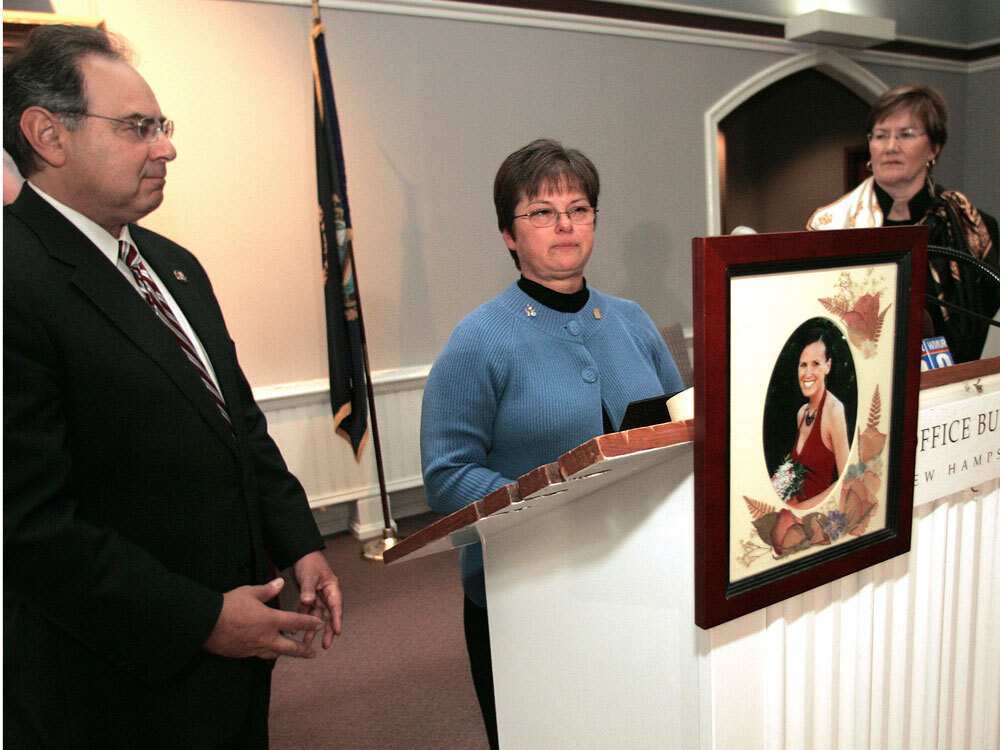 Standing behind a picture of her daughter Michelle, AnnMarie Morse talks about Michelle's Law with U.S. Rep. Paul Hodes, D-NH.

Today a law Congress passed last year becomes effective. It's known as Michelle's law, after Michelle Morse, a New Hampshire college student who was diagnosed with colon cancer in 2004.

After her diagnosis, the Morse family discovered something sad and tragic about most health insurance policies -- young adults over 18 usually can't stay on their parents' plans unless they're full-time students. But if they develop a serious illness and drop out of school, they probably can't get their own health insurance, either.

So, against her doctors' advice, 20-year-old Michelle continued a full load of classes at Plymouth State University while undergoing debilitating chemotherapy. She graduate with honors but eventually succumbed to the disease in 2005.

After her death, Michelle's mother, AnnMarie Morse, launched a campaign to make sure that what happened to her family wouldn't happen to others. With the help of her congressman, Rep. Paul Hodes, D-NH, and a raft of groups including the American Cancer Society, Congress passed the bill last year, and President Bush signed it on Oct. 9, 2008.

The law allows students who receive health insurance as dependents on their parents' plans to take up to a year of medical leave without losing that coverage. "Because of the courage and heroic effort of AnnMarie Morse, college students will never lose their health insurance when they need it the most," Rep. Hodes said at a news conference attended by the Morse family. "Today, Michelle's Law becomes a federal law and marks a tremendous achievement and extraordinary way to remember the remarkable life of Michelle Morse."

AnnMarie Morse, however, said she isn't finished trying to shake up the nation's health system. "Michelle's Law plugged one hole, but the health care system has many more problems that leave too many people struggling to access and afford the care they need," she said.