Accessibility links
How Much Will This Overhaul Cost? : Shots - Health News By Scott Hensley When it comes to revamping the nation's health system, President Obama drew a $900 billion budget line in the sand for getting the job done. (iStockphoto.com) --> A billion here and a billion there starts to ad...

How Much Will This Overhaul Cost?

How Much Will This Overhaul Cost?

When it comes to revamping the nation's health system, President Obama drew a $900 billion budget line in the sand for getting the job done. 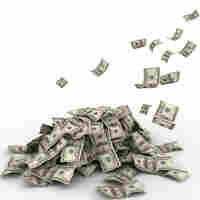 A billion here and a billion there starts to add up. iStockphoto.com hide caption

The unified bill from House Democrats walks right up to the line but doesn't cross it, with a net cost of $894 billion over 10 years, the Congressional Budget Office estimates. It may also seem pretty close to the $829 billion Sen. Max Baucus' bill would add to the federal tab.

But with all that money riding, we figured it was worth taking another look. First off, there's just no doubt that insuring more people will cost a lot of money. The net spending exceeds more than $1 trillion over a decade.

The big contributors are $605 billion toward subsidies to help people buy insurance and $425 billion for expansion of existing government coverage, like Medicaid. The New York Times' Prescriptions blog argues that $1.055 trillion, the gross cost of coverage expansion, is the number that should really be on people's minds.

After you wrap your mind around that figure, it's time to look at how the accountants see the cost getting pushed down below the $900 billion total. Over 10 years, CBO figures employers not providing insurance would pay penalties totaling $135 billion. Individuals who skip the mandate would fork over about $33 billion.

There are lots more numbers to noodle around with. One that caught our attention is the amount of money the CBO figures would be saved by letting the feds directly negotiate Medicare drug prices with companies: zero, zilch and nada.