Accessibility links
Swine Flu Widespread; Vaccine Not So Much : Shots - Health News The new H1N1 virus is really getting around, yet the injectable vaccine to combat swine flu is in short supply.

Swine Flu Widespread; Vaccine Not So Much

Swine Flu Widespread; Vaccine Not So Much

If your office is anything like ours, more folks and their families are out of commission with the swine flu. 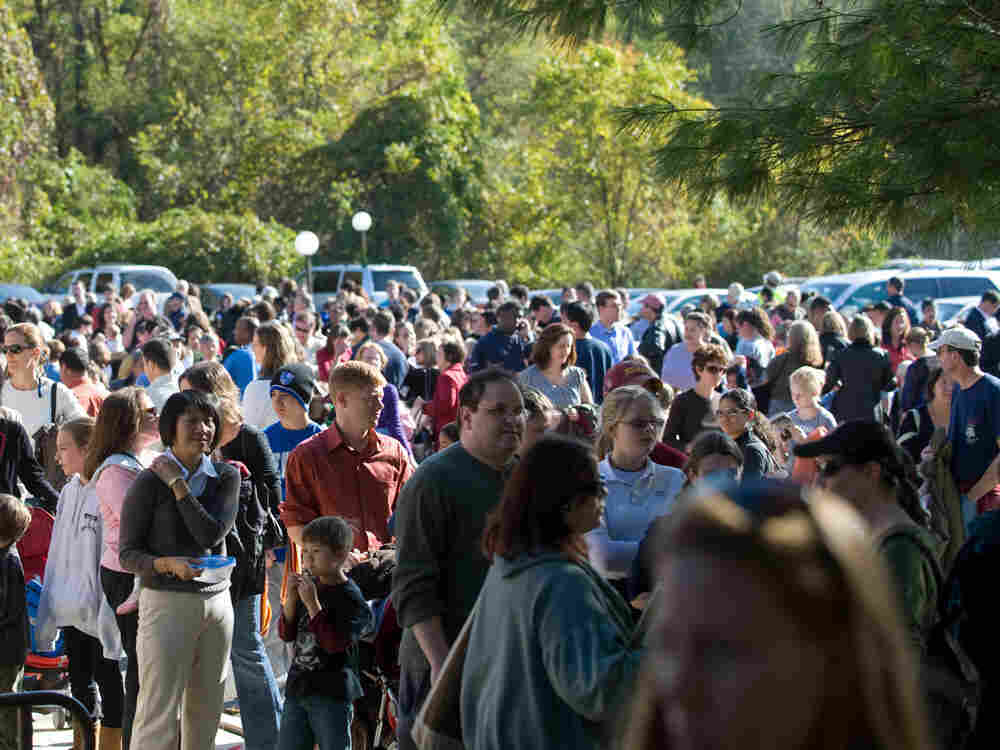 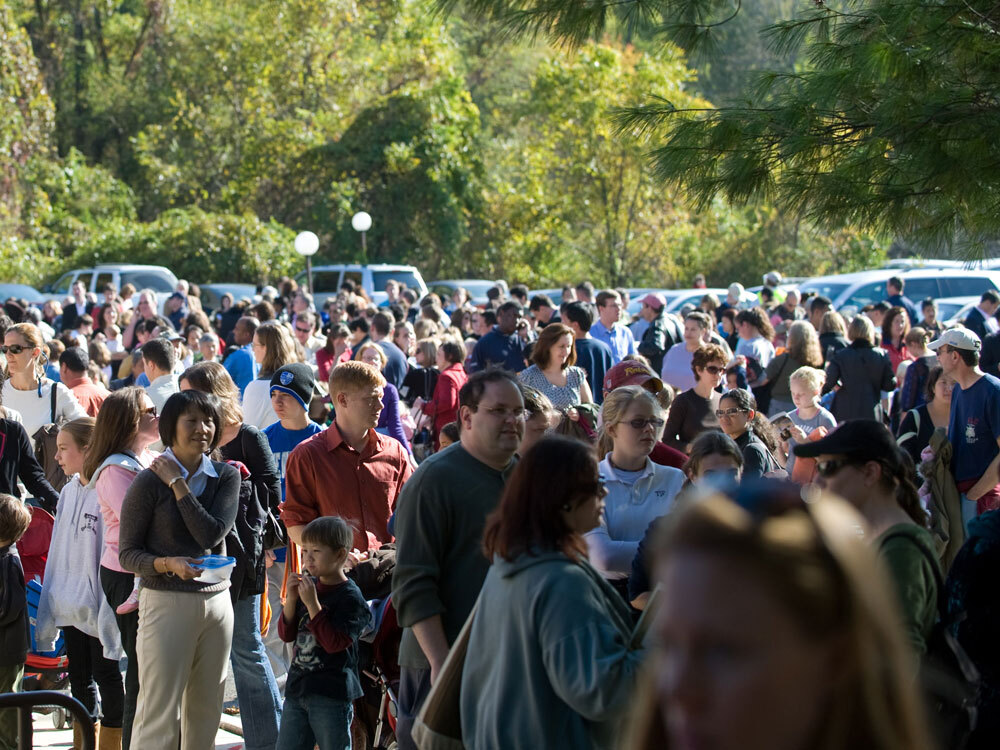 People wait to be vaccinated against swine flu in Rockville, Maryland.

Most places in the country now have widespread cases of the new H1N1 virus, the Centers for Disease Control and Prevention's latest map shows.

We took the threat of swine flu seriously from the start, but now we're fretting just a little bit more as vaccine supplies remain tight, new research indicates people can spread the virus a little longer than first thought and kids keep getting hit especially hard by the bug.

So where's the vaccine already? The shots are slow in coming as manufacturers have more trouble than expected coaxing the virus to grow. By the middle of November, there should be about 50 million doses available, but as the Los Angeles Times reports, that's way behind the 20 million doses a week that official had been counting on beginning this month.

In Las Vegas, the health department said it's running out of injectable vaccine against H1N1 and will stop offering that version after today, the Las Vegas Review-Journal reports. But there's still a bunch of the FluMist nasal spray version around, in part, because demand for it has been lower due to people's unwarranted worries about it making them sick.

While you're thinking about what you would do if you get sick, ponder this report from NPR's Joanne Silberner about how long you might be contagious. People sick with swine flu may spread the virus for more than a day after their fevers go away. The CDC isn't changing its recommendations that folks can resume work a day after their fevers have subsided, but you might think about staying out of circulation just a little longer just for our sake.