Accessibility links
Senate Health Bill Holds Line On Insurance Premiums, Expands Coverage : Shots - Health News Even people who pay more for insurance, will get more coverage for the money, the Congressional Budget Office figures. Some people, especially those working for big companies, would likely see their insurance costs come in about the same or a litt...

Would Sen. Harry Reid's health bill get you a better deal on your insurance? 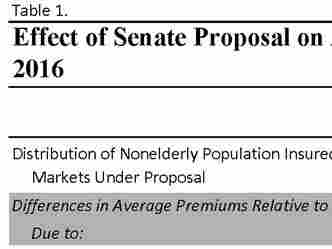 Click on the image to see a table summarizing expected changes to health insurance premiums under the Reid bill. hide caption 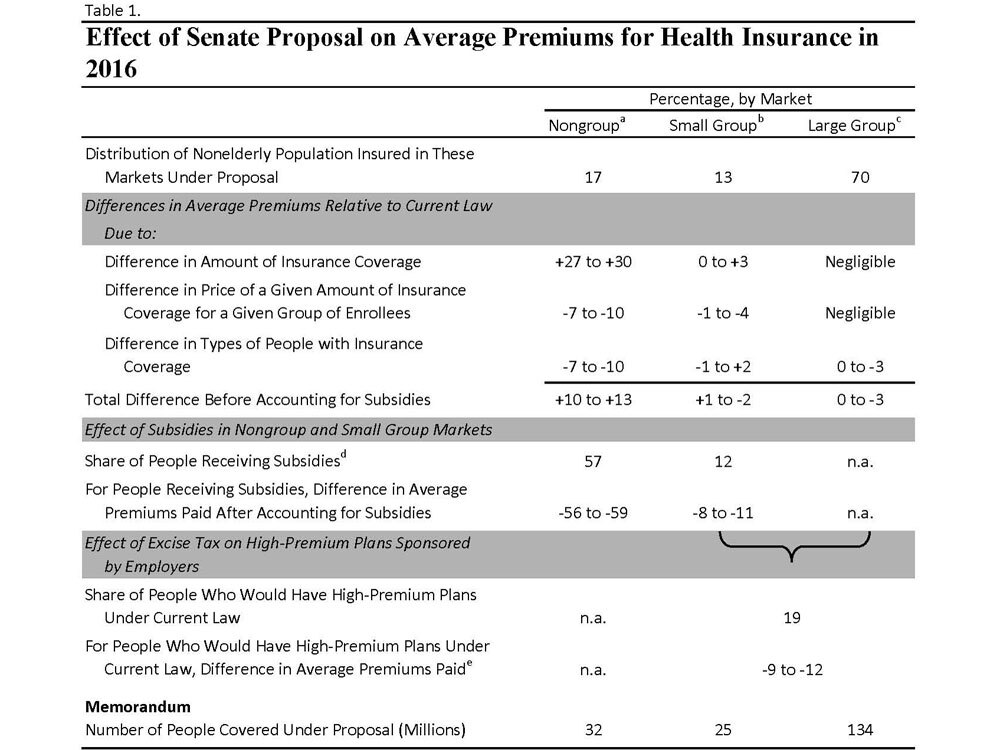 Click on the image to see a table summarizing expected changes to health insurance premiums under the Reid bill.

Probably. Even if you pay more, you'll likely get more coverage.

If you get health insurance on the job, you and your employer might see a small increase or maybe even a slight drop in premiums come 2016, according to an analysis just put together by the Congressional Budget Office and the Joint Committee on Taxation. (See the table on page 5 for the easiest-to-digest rundown.)

If you're buying insurance on your own, you can expect a 10 to 13 percent increase in premiums, on average. Before squawking about the hike, consider that the coverage, overall, would be better than the plans of today. New individual plans, for instance, would have to cover maternity care and prescription drugs. Those benefits are often left out now.

But wait, there's more. If you're buying insurance on your own in one of those newfangled insurance exchanges, there's a good chance you'll be getting some money from the government to help.

The CBO expects purchases of 57 percent of individuals through an exchange would subsidized, lowering premiums by 56 to 59 percent, on average. About 12 percent of people employed by small companies (those with 50 or fewer workers) would get a subsidy knocking down average premiums by 9 to 11 percent.

Of course, there will be some losers. Take a look at the folks with "Cadillac" health plans, the high-end insurance that would get taxed under the Reid bill. CBO estimates 19 percent of people who get their insurance at work would be affected. Still, between changes in the plans and shifts to lower-cost coverage, the CBO figures those people's premiums would fall an average of 9 to 12 percent.

In a statement, Sen. Max Baucus, chairman of the Senate Finance Committee, said the analysis shows, "whether you work for a small business, a large company or you work for yourself, the vast majority of Americans will see lower premiums than they would if we don't pass health reform."