Accessibility links
Tests Find Chicken Often Contaminated, But Better Than Before : Shots - Health News Two-thirds of chicken bought in stores is contaminated with salmonella, campylobacter or both, according to Consumer Reports' most recent tests.

Tests Find Chicken Often Contaminated, But Better Than Before

Tests Find Chicken Often Contaminated, But Better Than Before

Now that you've polished off those Thanksgiving leftovers, take a bite out of this news from the poultry aisle. 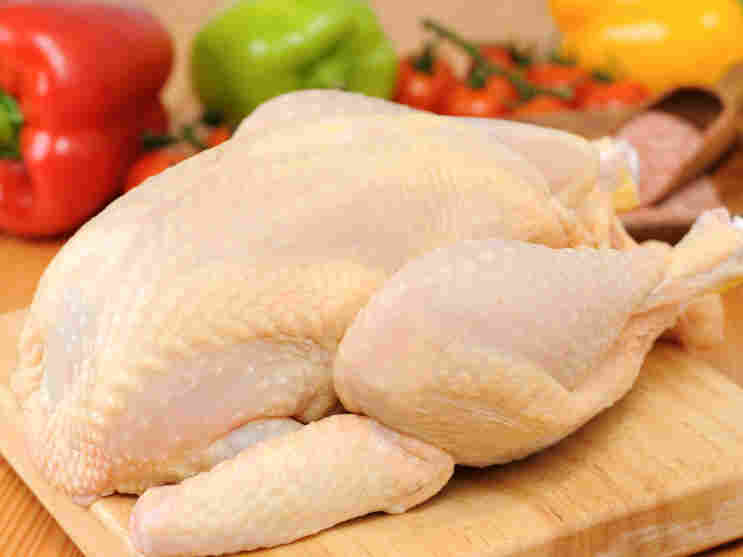 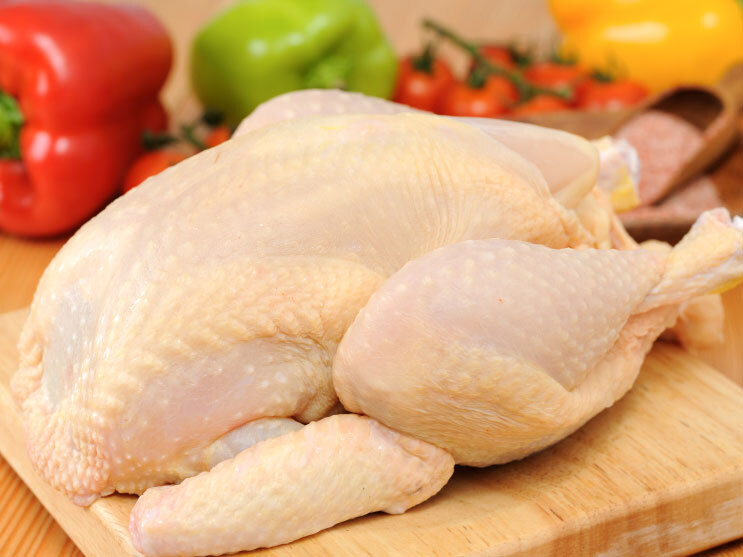 There's a 66-percent chance this chicken is bacteria-free.

Two-thirds of store-bought chickens are contaminated with salmonella, campylobacter or both. That's according to the most recent testing done by consumer advocacy group Consumer's Union and described in January issue of Consumer Reports. You can also check it out online.

The results may not be as bad as you think. The contamination, though widespread, is a little better than the 80 percent found two years ago, according to Jean Halloran, Consumer Union's director of food policy initiatives, tells us. But, she says, the dip is due to certain brands of chicken doing a better job guarding against contamination than others, and that the overall rate is still "way too high."

Spokesmen for both Tyson and Foster Farms told Consumer Reports that they use proper safeguards to prevent contamination of their chickens.

The lowest contamination rate by brand was in Perdue chickens. It marked the first time since Consumer Reports started testing chickens in 1998 that one brand fared so much better than others. Fifty-six percent of their chickens were totally clean of campylobacter and salmonella, proving that companies are capable of doing better, said Halloran.

Organic chickens are generally cleaner, but that doesn't mean you're in the clear if you pay up for the pricier bird. Pay for a store-brand organic chicken, and you have about a 65 percent chance that you're bringing home a contaminated bird. If you can find an organic air-chilled broiler, which are cooled in the slaughterhouse by refrigeration and misted with cold water instead of dunked in a cold-water bath shared with all the other dead birds, odds of clean chicken go up to about 60 percent.

Even though we've known about these bacteria for decades, there are still no industry standards to control campylobacter, which was present in 62 percent of the tested birds and can make you just as sick as salmonella. And even with USDA standards to prevent salmonella, it was still found in 14 percent of the chickens.

Consumers can't let their guards down, says Halloran. Improve your odds by buying from one of the less-contaminated categories, and be vigilant when you prepare it to kill bacteria and keep them from spreading around your kitchen.

Update: A statement from a USDA spokesperson says that the department is working towards reducing both salmonella and campylobacter in raw poultry. The statement adds that salmonella contamination has decreased in the last four years according to the department's testing program. USDA is currently working on a similar testing program for campylobacter. "Secretary Vilsack has been clear that until food-borne illnesses, hospitalizations, and deaths have been eliminated, USDA has more work to do," said the spokesperson.