Accessibility links
In Memory Of Gene Cohen, Visionary On Aging : Shots - Health News Dr. Cohen's research showed that old age can be a time of creativity.

In Memory Of Gene Cohen, Visionary On Aging

In Memory Of Gene Cohen, Visionary On Aging

One of our favorite thinkers about what it means to grow old died the other day. Geriatric psychiatrist Dr.Gene Cohen enjoyed debunking the myth that aging means an inevitable decline of mind and body. 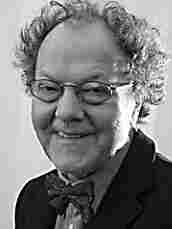 Cohen's research showed us that old age can be a time of creativity. One study showed that older people involved in community-based arts programs were healthier and more independent after a year, than people of the same level of health who didn't take part. This made sense, he said, because science shows that brain cells do not die off as we age, but continue to grow.

And by creativity, Cohen spoke not just of the arts, but creative thinking. In his 2005 book, "The Mature Mind: The Positive Power of the Aging Brain," he told the story of his in-laws, stranded in a snowstorm with no taxis in sight, trying to get to his home.

His father-in-law spotted a pizza shop across the street and ordered a large pizza for delivery. "Oh, there's one more thing," he told the cashier. "We want you to deliver us with it." That favorite family story, Cohen wrote, shows that "creativity knows no age limits. But in my experience, this kind of out-of-the-box thinking is a learned trait that improves with age."

Cohen had his own spurt of mid-life creativity. He started making board games, to challenge the minds of young and old. One game was a three-dimensional combination of chess and Scrabble; another was an adaptation of cribbage. His last one was designed to play with someone with Alzheimer's or another memory disorder.

When we saw him last year, he was excited about his work on aging and imagination. He was interested in how he could help people with dementia use their imagination to replace memory. His own mother couldn't remember her 90th birthday, he said. But she could imagine 90 candles on a cake shared by family and friends and just thinking about that gave her a sense of happiness.

Cohen, the founder of the Center on Aging, Health & Humanities at George Washington University, in Washington, D.C., died on November 7 of prostate cancer. He was 65.