Accessibility links
Senate Begins Picking At Health Overhaul Bill : Shots - Health News Senate Majority Leader Harry Reid warned at the opening of the session that the debate and vote will last long into many nights and weekends.

You're back in business after a Thanksgiving break, and Monday afternoon the Senate will be too. 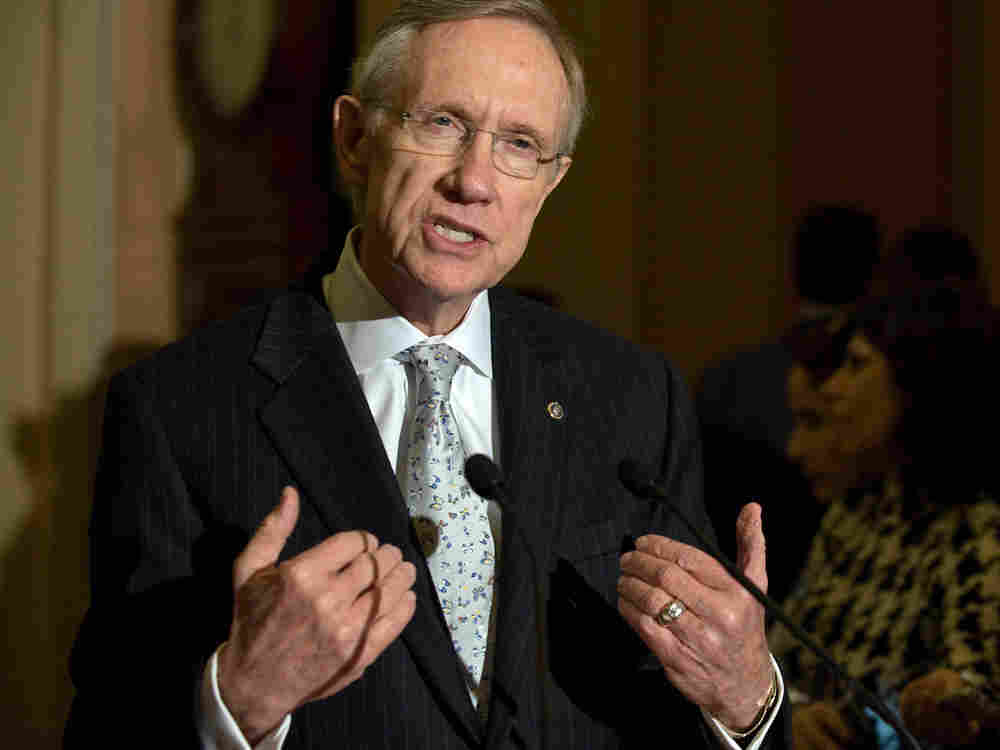 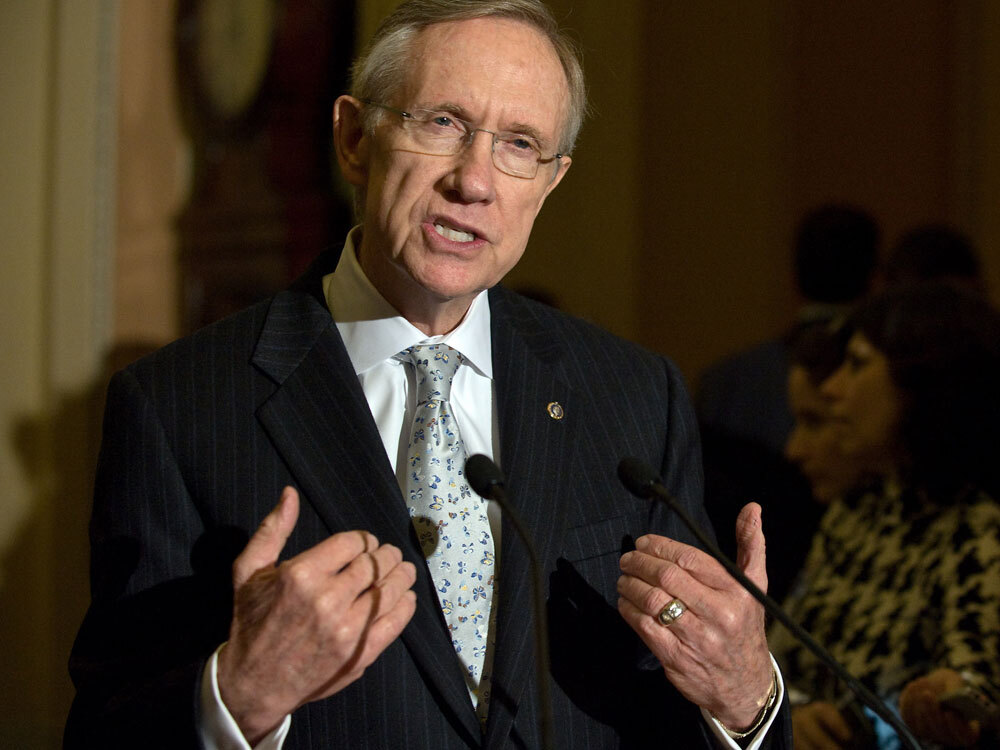 Senate Majority Leader Harry Reid will welcome his caucus back to Washington today.

The legislators are set to start chewing on the Democrats' bill to overhaul health care starting at 3 p.m. today. Already a leftover, the health bill will be the subject of all kinds of amendments to spice it up.

Good luck with that. There's nothing to prevent senators from firing off more, as the New York Times' Prescriptions blog notes.

And with support for the measure already so fragile, who's really going to be able to say no? "I've got about 10 separate amendments," Independent Sen. Bernie Sanders of Vermont told George Stephanopoulos on his Sunday talk show.

Jeffrey Young at the Hill runs down seven areas where the amendment action is likely to be heaviest. The public option, abortion and taxes on "Cadillac" health plans top his list.

You may have thought the Senate began its health care debate some weeks ago. But it formally took up the health overhaul bill only this afternoon, with Sens. Barbara Mikulski, D-Md., and John McCain, R-Ariz., offering the first two amendments.

Mikulski's amendment would ensure that women have access to even more preventive care than is currently included in the measure -- a response, to be sure, to the recent flap over guidelines from the U.S. Preventive Services Task Force that recommended less frequent screenings for breast cancer.

McCain, meanwhile, proposed to eliminate the measure's nearly $500 billion in reductions in Medicare spending, and with it, nearly half of the bill's financing mechanism. That would deal the measure an obviously fatal blow. Which would be just fine with most of the GOP members of the Senate.

Meanwhile, Senators better be ready to buckle down to work. Warned Senate Majority Leader Harry Reid at the opening of the session, "We'll do this work tirelessly. That may mean debating and voting late at night. That definitely means -- I say to everyone within the sound of my voice -- the next weekends, plural, we will be working."