Food giant Nestle got some early lumps of coal from the Food and Drug and Administration. Two letters warn the company its health claims on some beverages are against the law. 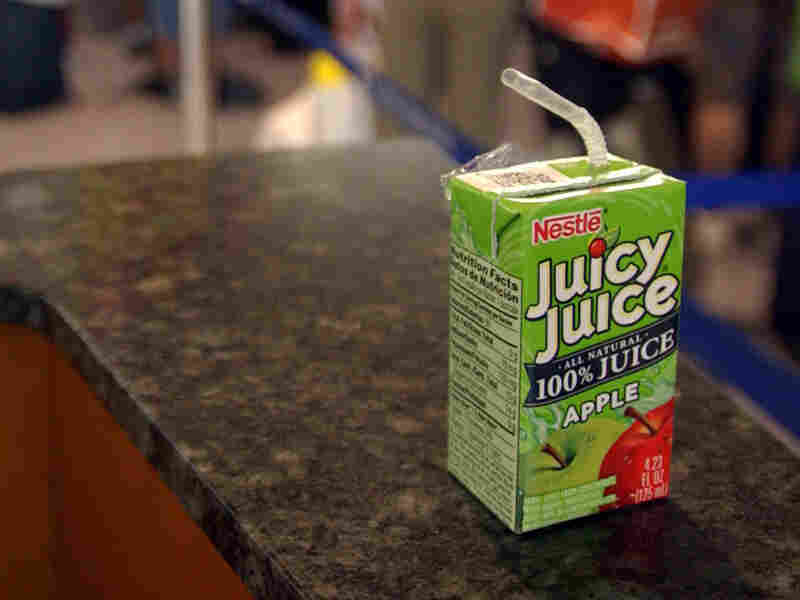 "100% Juice" labels on juice boxes like this one are being questioned by the FDA. Darren McCollester/Getty Images hide caption 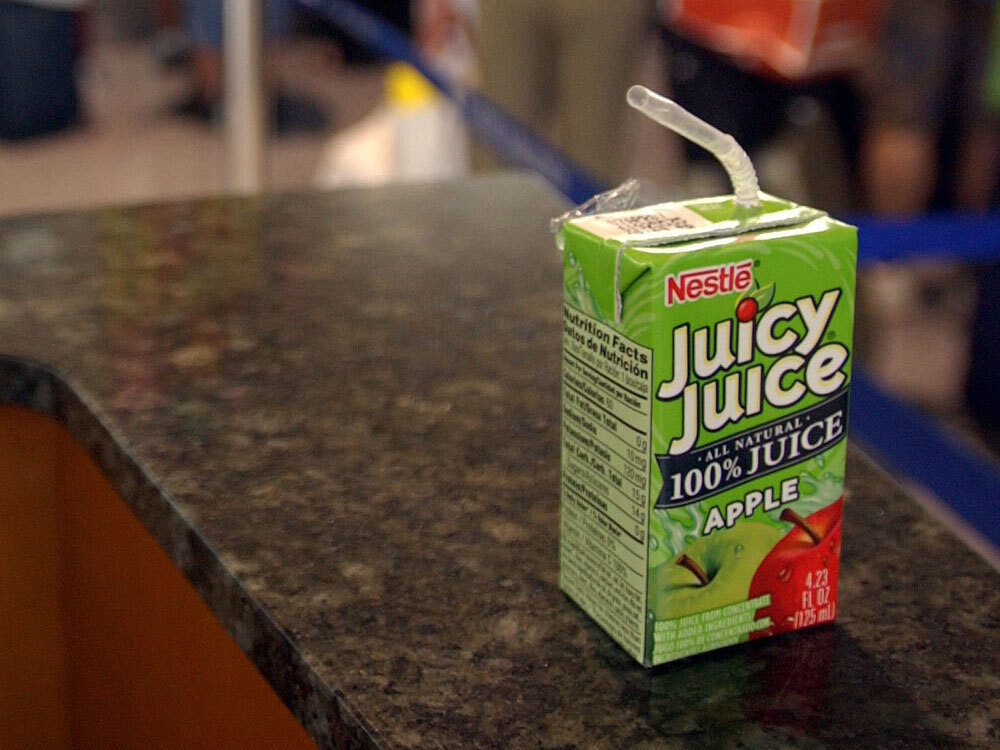 "100% Juice" labels on juice boxes like this one are being questioned by the FDA.

FDA says they have no way of backing up these claims and that the drink cannot be marketed as a medical treatment. A marketing Web site-- Kidessentials.com-- mentioned by the FDA was "temporarily unavailable" Wednesday morning.

The letter disputes the labeling of the juice descriptions on Nestle's Juicy Juice All Natural 100% Juice Orange Tangerine and Juicy Juice All Natural 100% Juice Grape drinks. FDA says labels appear to be claiming the drinks contain 100% Tangerine/Orange juice and 100% Grape juice. But a closer look at the ingredients list shows otherwise, with the fine print saying, "Flavored juice blend from concentrate with other natural flavors & added ingredients."

Lastly, the letter also blasted the company for its marketing of a special juice that helps with "brain development," for children under 2. Under FDA rules, no products can make nutrient content claims like this one if the product is marketed specifically for children in that age group, which Nestle's apparently did. The Web site for the product makes the claim "Her brain will triple in size by the time she's two: Juicy Juice Fruit Beverage with DHA is specially formulated for this early age group."

A representative from Nestle Beverage told Reuters they had received the letter and would "fully cooperate with the FDA in bringing this matter to a conclusion."

Our attempts to reach Nestle for comment were unsuccessful. The company has 15 days to respond with a plan of action to correct these violations and prevent future ones.