Accessibility links
School Lunch Nutrition Worse Than Fast-Food, Says USA Today : Shots - Health News The National School Lunch Program gets meat from the USDA that is subject to far less testing than it would be by fast-food outlets that have had past troubles.

A disturbing investigation by USA Today claims a lot of the meat in school lunchrooms has been subjected to laxer inspection than the stuff at fast-food restaurants. 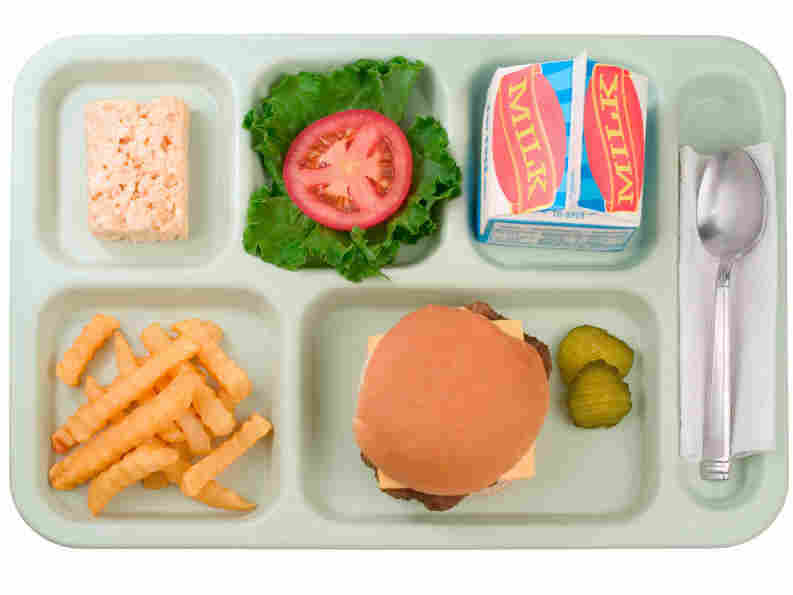 How good is this food for kids? About as good as it looks... iStockphoto.com hide caption 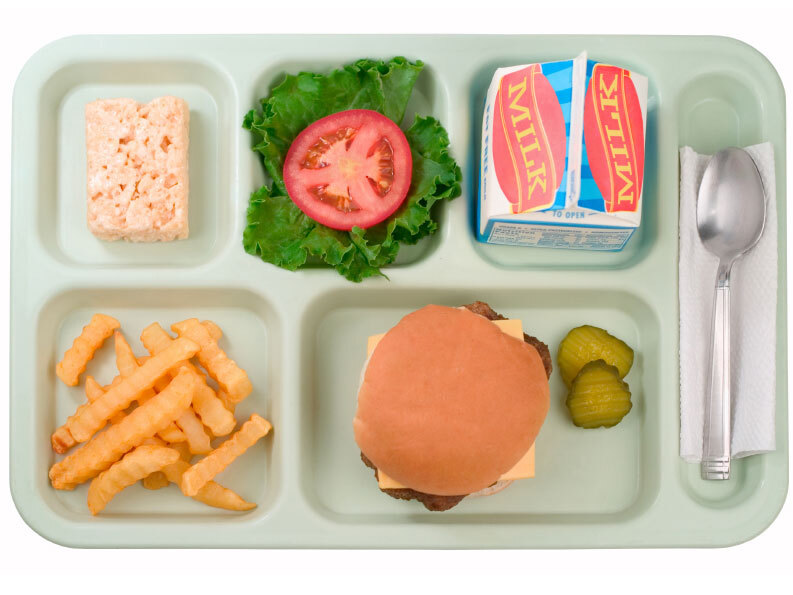 How good is this food for kids? About as good as it looks...

The National School Lunch Program gets about 15 to 20 percent of its food from the federal government each year, the paper says, with beef and chicken making up a big portion of the largess. But the meat received from the USDA receives far less testing for contamination than it would be by fast-food outlets that have had past troubles.

Another USA Today article reveals that the chicken sent to schools by the USDA are otherwise used in pet food and compost.

The hens they buy are basically rejects, called "spent hens," which are too old to produce eggs anymore and whose meat is of questionable quality. KFC and Campbell Soup reject those birds. Campbell's says it decided 10 years ago not to use them anymore ten years ago because of "quality considerations." The USDA maintains that the meat from spent hens is safe and nutritious, however it has cut the number of those birds bought in the past three years by 20 percent.

The findings come just as children's nutrition is about to enter the spotlight. Congress is soon expected to re-examine the school lunch program, as it does every five years. But this year the administration has made a point of advocating for better nutrition: from the First Lady's vegetable garden and talks about fruits, vegetables and exercise at schools to the push for increased calorie labeling at chain restaurants and in vending machines included in the proposed health overhaul bill.

Sen. Kirsten Gillibrand of New York has introduced legislation to amend school lunch legislation not only to ensure the meat and other food provided to schools is safe, but also would be nutritious, trans fat free, and more widely available to children in financial need.

According to the New York Times, if changes like this are enacted, it will mark the first time since the 1970s that nutrition rules for school lunches are updated. Expect Congress to start its review after the first of the year.