Accessibility links
Brown's Win Kindles Mixed Emotions For Health Industry : Shots - Health News Analysts say Scott Brown's electoral victory will be good for health-related stocks. Insurers could benefit from expanded coverage under health overhaul, but they may be just as happy to live without some of its restrictions. 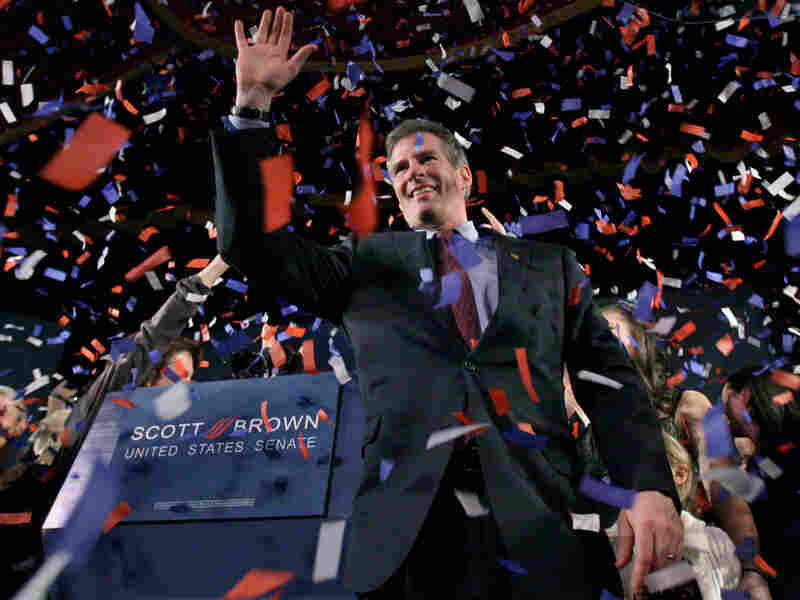 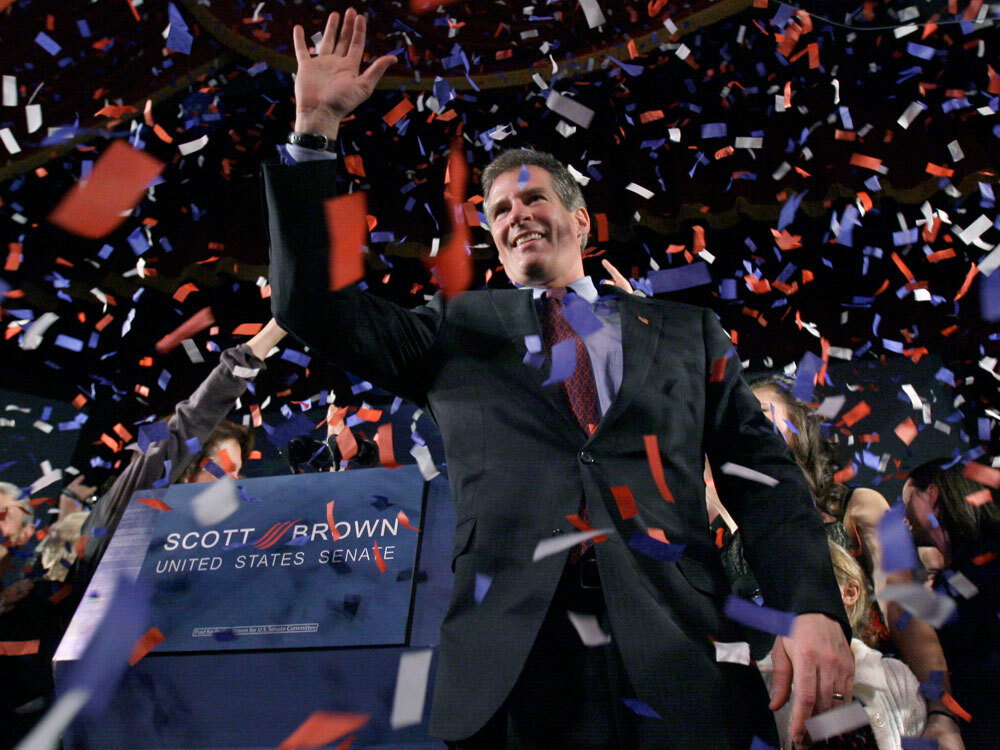 But, as of this morning, the picture was less clear for hospitals, makers of drugs and medical devices, and insurers, some of which warily supported the overhaul, or remained silent, in hopes of gaining millions of new customers.

Despite public optimism for the overhaul, some firms also held private worries, with a handful insurers channeling money to negative ad campaigns even as their trade group remained positive. Investors shared those concerns until voters swept them away by electing Brown.

Analysts expect the overhaul's Massachusetts speed-bump to be a net positive for stock prices, even though Tuesday's surge began to reverse Wednesday in a dip that continued today. But, some companies--especially insurers which could benefit greatly from expanded coverage--are less bearish on the prospect of losing out on an overhaul altogether.

"What can Brown do for you?" health care analyst Avik Roy of Monnes Crespi Hardt asked in a note to investors on the eve of the election. Trigger a rally that would be strongest for insurers with a lot of people enrolled in Medicare Advantage plans, such as UnitedHealth. Those privately run plans are prime targets for cost cuts in the legislation now stalled on Capitol Hill.

As the Wall Street Journal reports today, "companies are scrambling to figure out where the effort is headed." A handful of companies--including drugmaker Pfizer and insurer WellPoint--said they still hope for some sort of health care revamp. One drug executive told the Journal, "It had already been extraordinarily complex. It just got more complex."

Firms that spent much of last year prepping for a post-reform world are also wondering if their efforts were in vain. One in-house policy expert for an insurance company told the Journal Tuesday's news was "demoralizing." And, pass or fail, the overhaul will also leave insurers with a PR challenge: Democrats have spent months spotlighting unpopular insurance industry practices, like excluding coverage for preexisting conditions, an issue that would have been addressed in the overhaul.

It's possible that the ambitious revamp Democrats have pursued could be replaced by a more temperate plan. That may be the ultimate win for the industry. As the Boston Globe notes today, some executives are hoping Brown's win will jolt lawmakers away from controversial provisions like fees on specific industry groups and Medicare cuts that ding doctors as they turn their focus to smaller changes with broad support.