The Food and Drug Administration has finally gotten around to telling us about its current thinking on BPA, the widely used plastic additive found in many food containers, including some baby bottles and hard plastic cups. 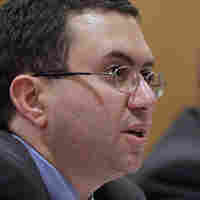 Critics charge that even small amounts of BPA, short for bisphenol A, can act like the hormone estrogen in the body, leading to all sorts of health problems. They've been lobbying FDA to ban it from food and beverage containers. Defenders say the risks have been exaggerated.

Today, the agency said recent research studies provide reason for "some concern" about BPA's potential effects on fetuses, infants and children. That's a shift from 2008, when the FDA did a review of BPA and judged food containers with small amounts of the chemical to be safe.

And the new update brings the FDA in line with the previous conclusions of the National Toxicology Program, part of the National Institutes of Health, which raised some concerns and called for more studies.

Still, FDA officials say there's a lot of scientific uncertainty and they need to learn more before knowing whether it's appropriate to take any regulatory action. "Where we are now is 'some concern,' which leads us to want to recommend reasonable steps and at the same time do more research," says Dr. Joshua Sharfstein, the FDA's principal deputy commissioner.

On its Web site, the Department of Health and Human Services has released guidelines to minimize infants' exposure, such as throwing out worn or scratched baby bottles and cups and not putting boiling or very hot formula into BPA-containing bottles.

The American Chemistry Council released a statement noting that "exposure to BPA in food contact products has not been proven harmful to children or adults" and that "we are disappointed that some of the recommendations are likely to worry consumers and are not well-founded."

Meanwhile, the Breast Cancer Fund quickly put out a statement applauding the agency, saying "the Breast Cancer Fund is heartened that the FDA has registered concern about BPA and is advising parents to reduce children's exposure while it further investigates the chemical." But it noted that "we are concerned that the announcement today does not go far enough to protect public health, and even sends a mixed message to consumers."

So stay tuned. The NIH has devoted about $30 million in new studies of BPA, and results are expected in 18 to 24 months.