Accessibility links
Bad Intestinal Bug May Get New Treatment : Shots - Health News An antibody treatment for Clostridium difficile showed promise in protecting patients from infection with the bacterium, a leading cause of severe diarrhea in hospitals.

There's a hopeful new treatment in the works for a growing problem with an intestinal bug called Clostridium difficile. 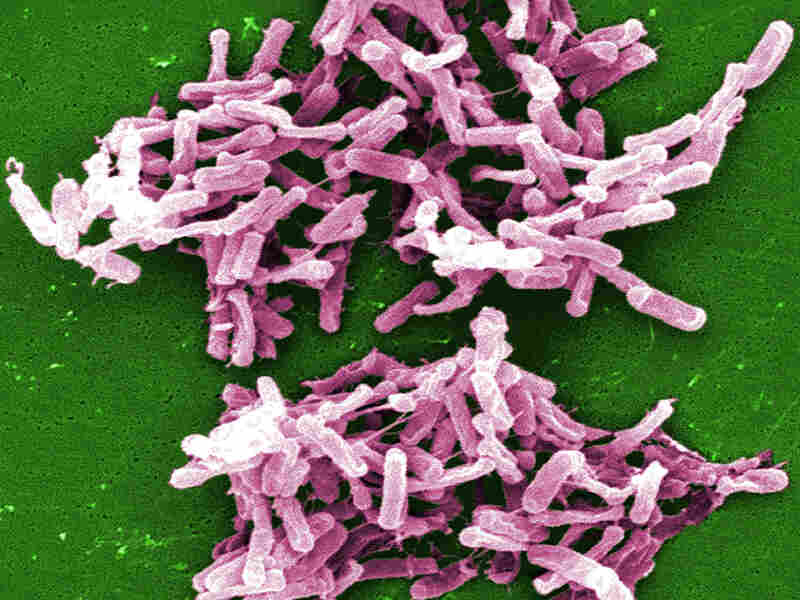 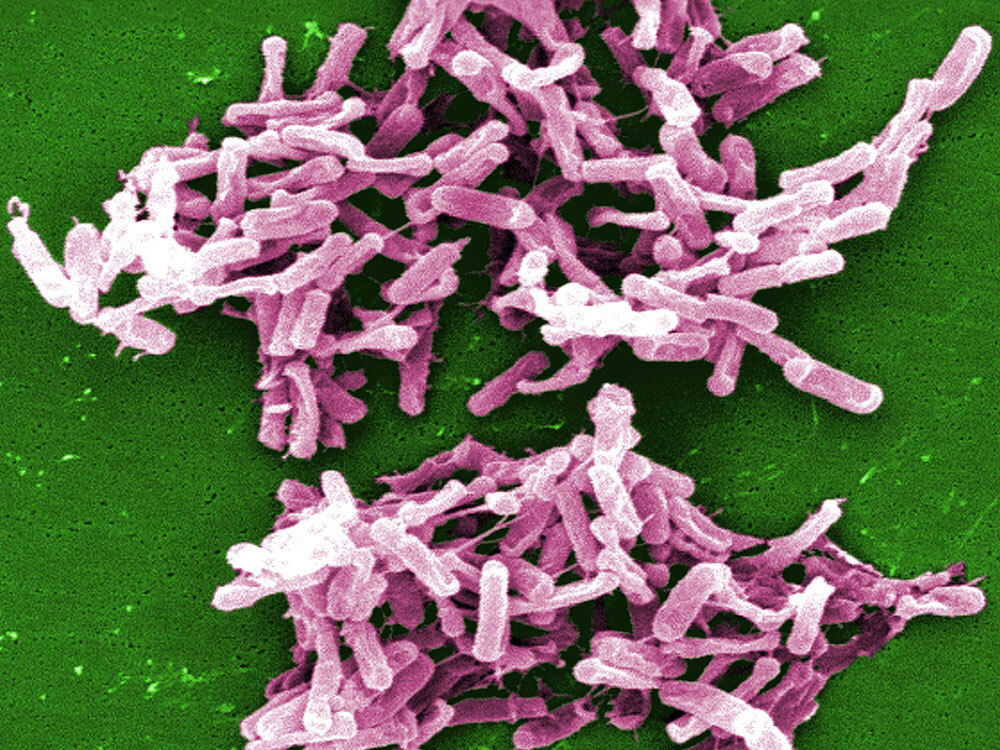 We don't mean to be too graphic, but there's no way to get around the way this bug gets around. People can become infected if they touch things contaminated with feces, then touch their mouth, nose or eyes. Health care workers can spread the bacteria to other patients or contaminate surfaces through hand contact.

A super-virulent form of the bacterium is cropping up in hospitals and nursing homes in the U.S. and around the world, due in part to the liberal use of antibiotics that wipe out harmless germs that help keep C. difficile in check.

Many people infected with the bug suffer repeated bouts of dangerous diarrhea, sometimes with lethal results. Now C. difficile is the most common cause of diarrhea among hospitalized patients worldwide.

The new treatment is an injection of two artificial antibodies against C. difficile. A paper in this week's New England Journal of Medicine reports that patients who got the monoclonal antibodies had 72 percent lower risk of a recurrent C. difficile infection than those who got an placebo injection of salt water.

The absolute difference: 7 percent of patients who got the antibody injection had another bout of C. difficile infection compared with 25 percent of those who got the placebo. The antibody treatment didn't shorten the initial infection or make it less severe, though.

"The trial results are impressive," writes Dr. Lorraine Kyne of University College, Dublin, in an accompanying editorial. She says a "new era" of immunotherapy against this stubborn infection is dawning.

The study was sponsored and conducted by two companies with an interest in promoting the antibody treatment--Medarex, a division of Bristol-Myers Squibb, and MassBiologics, a nonprofit company based at the University of Massachusetts Medical School.

The study was a Phase II trial with 200 subjects. To get approval, the new antibiody treatment will need to prove itself in a larger, Phase III study.