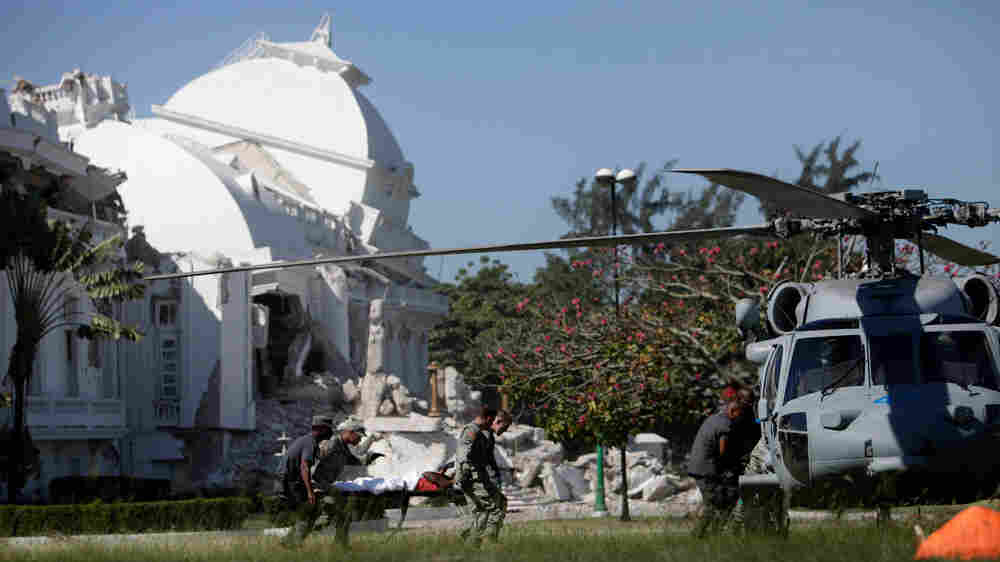 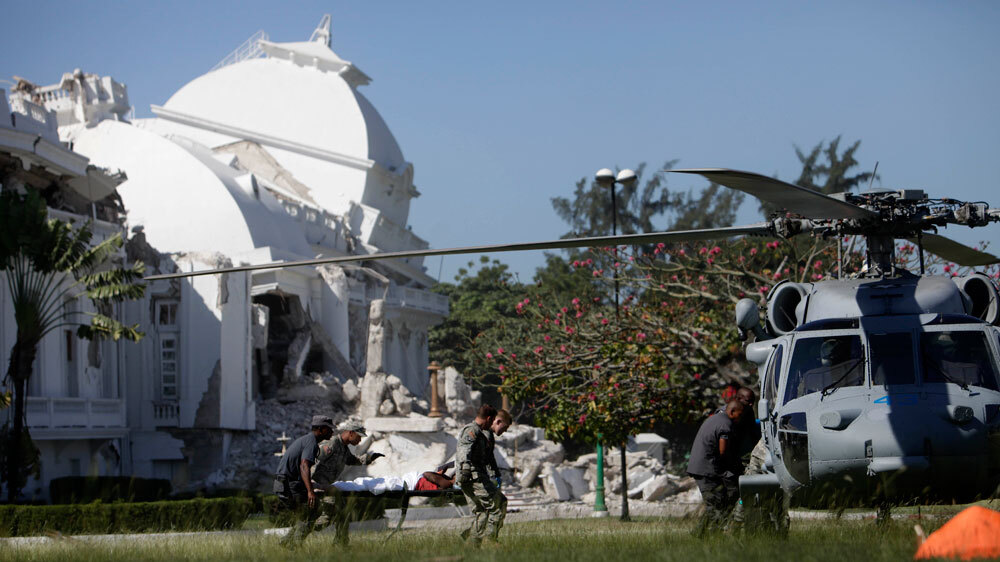 U.S. soldiers carry an injured person to a U.S. Navy helicopter outside the collapsed National Palace in Port-au-Prince, Thursday, Jan. 21, 2010.

The grounds of Haiti's presidential palace, which was wrecked by the recent earthquake, have been transformed into an urgent care loading dock for trauma patients.

One woman was burned over much of her body. Her wounds were clearly infected. Many others have crushed limbs wrapped in gauze.

All of the injuries are very serious. That's the reason the people are being airlifted to ships, like the USNS Comfort, where they can get treatment in facilities that are unavailable in Haiti right now.

Trucks come by every few minutes filled with patients on stretchers. Soldiers carefully unload them, carry them to the lawn, and then into waiting helicopters bound for the Comfort, the large-deck amphibious ship USS Bataan, or the aircraft carrier USS Carl Vinson.

Helicopters are running almost nonstop between the palace and the Comfort. The hospital ship, which sailed from Baltimore last weekend, has plugged itself into the makeshift network of care for the injured of Haiti.

The scene in Port-au-Prince includes overcrowded triage centers where hospital beds are on sidewalks and relatives dress amputation wounds. Now the best surgical wards are on the various ships off the coast.

Aboard the Comfort, the doctors and nurses are busy. Amid the death and serious injuries, life goes on. A baby girl was delivered by emergency C-section. Her mother's pelvis was broken. The baby is doing great. As for the mother, we'll see.