Accessibility links
To Critics, Cadillac Tax Looks Like A Yugo : Shots - Health News A tax on high-end health plans contained in the Senate health overhaul bill would hurt the middle class, opponents of the measure say. 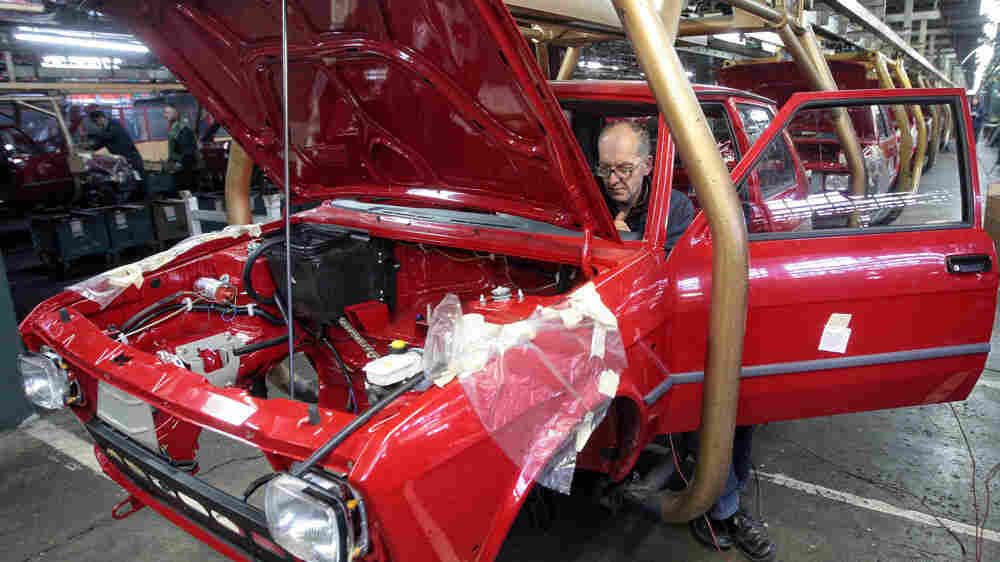 One of the last Yugos rolls down an assembly line in 2008. Aleksandar Stankovic/AFP/Getty Images hide caption 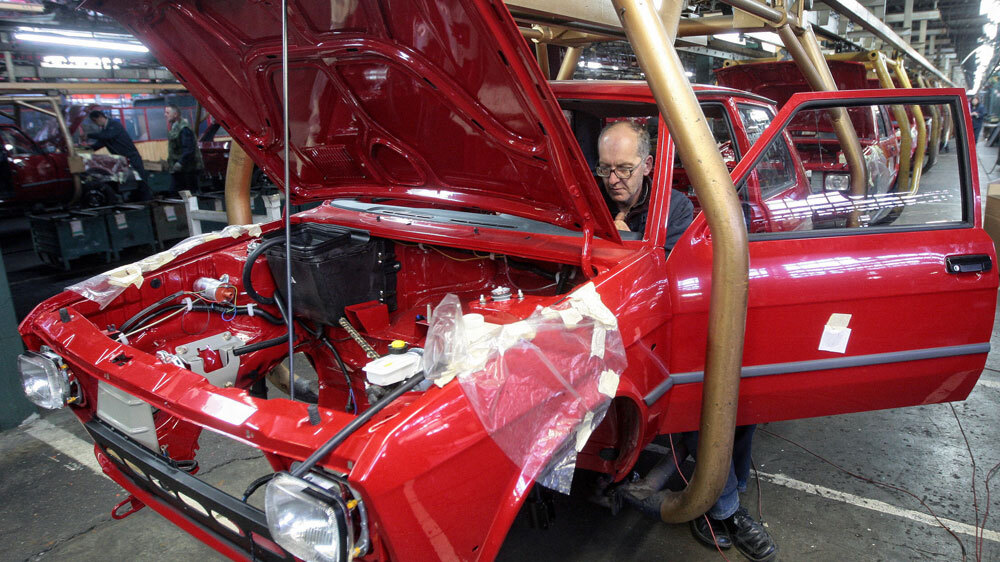 One of the last Yugos rolls down an assembly line in 2008.

What's so wrong with the tax on high-end health plans that President Obama supports so strongly?

Well, Allan Sloan writes in the Washington Post, the dirty little secret of the Cadillac tax is that more than 80 percent of the money it would supposedly raise to fund health overhaul would actually come from an increase in taxes on individuals.

How's that, you ask? Sloan cites an analysis from Congress' Joint Commission on Taxation that shows only $26 billion of the $149 billion a Cadillac tax would raise would come directly from a excise tax levied on the expensive plans. The rest would come from a presumed increase in taxable wages made possible by a shift of money that was spent on health plans into employees' paychecks.

As Obama told NPR last month, the tax (a 40% levy on family plans costing $23,000 or more) would protect "ordinary workers" by making sure they don't pay too much for insurance. It would also redirect money that now goes to insurers into workers' "pockets in the form of higher salaries."

Sloan isn't buying that logic. "Call me skeptical -- or cynical -- but I find it hard to believe that any employer would pay more to employees if it paid less for health care," he writes.

NPR's Mara Liasson reports that unions are steamed and unlikely to forgive and forget the tax hit, even if negotiations blunt the blow by raising the threshold and expanding exemptions. Union members are disillusioned with the Democrats and may not rally behind them in the midterm elections.

Back at the Post, the editorial page comes out swinging in favor of the Cadillac tax as laid out in the Senate health bill, notwithstanding Sloan's column only four pages away. Besides raising money the tax would help contain health spending, the Post writes, and the administration should use negotiations on final health bill to "strengthen, not weaken, the cost-control mechanisms that have survived the legislative process."