Accessibility links
Combing Obama's Speech For Clues About Health Overhaul's Next Steps : Shots - Health News If you were looking for specifics from President Obama in his State of the Union speech about a way forward for health care overhaul, you probably went away disappointed. The president did issue a plea for both Republicans and Democrats to take an...

Combing Obama's Speech For Clues About Health Overhaul's Next Steps

Combing Obama's Speech For Clues About Health Overhaul's Next Steps

Anyone who was looking for specifics in President Obama's State of the Union address last night about a way forward for the health care overhaul effort likely went away disappointed. 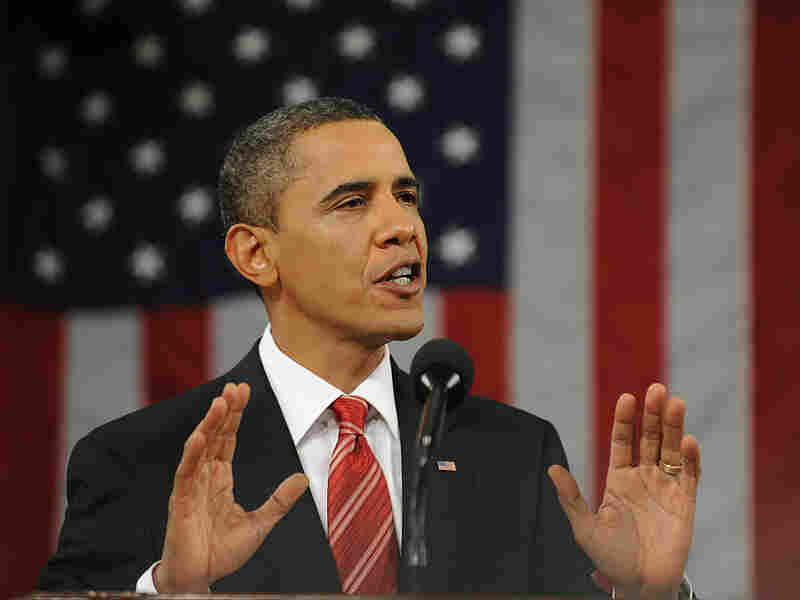 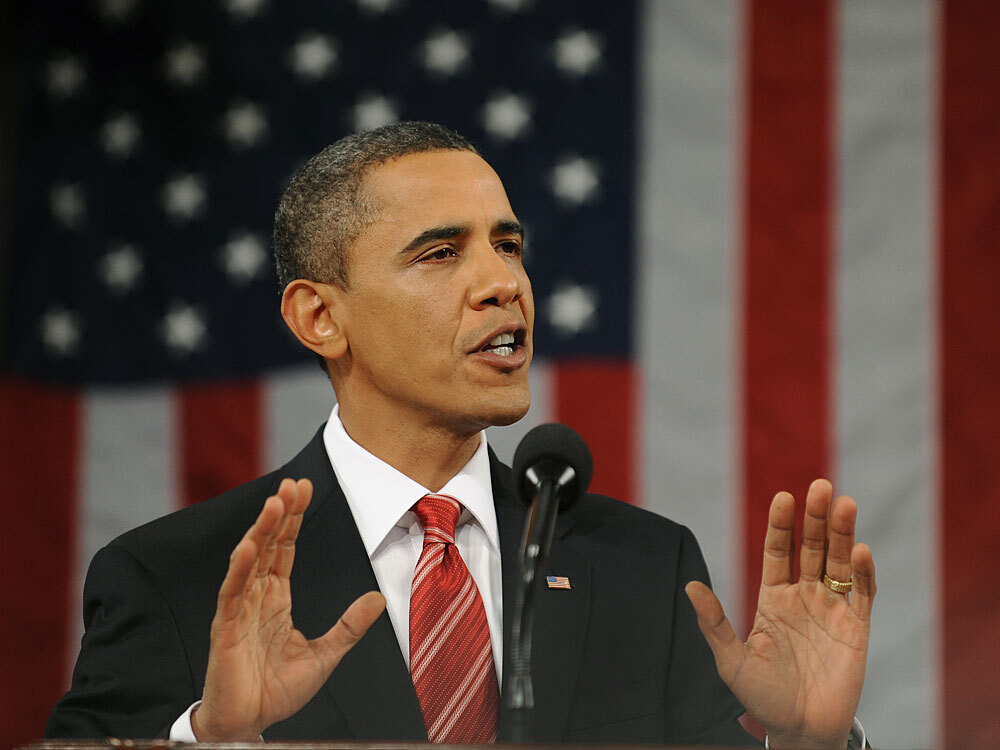 President Obama delivers the State of the Union address on January 27, 2010.

Not only did the president wait until halfway through the speech before addressing the Democrats' signature initiative, but his main plea was for people on both sides of the aisle "to take another look at the plan we've proposed."

Of course, it probably is good politics to avoid any specifics that he might not be able to deliver on. No politician wants unfulfilled pledges being played back at him in the next campaign.

Obama did list some general principles he's looking for -- bringing down premiums, lowering the deficit, covering the uninsured, strengthening Medicare and reining in insurance companies. But he also suggested that the overhaul's sinking popularity was mostly a public relations problem.

"The longer it was debated, the more skeptical people became," he said. "I take my share of the blame for not explaining it more clearly to the American people."

Obama might be taking some comfort in a recent poll we wrote about recently. It found that when Americans are told about the specifics of the Health care overhaul plan, they usually liked them more.

"On health care, Mr. Obama offered a Willy Loman-esque soliloquy on his year-long effort, as if his bill's underlying virtues and his own hard work haven't been truly appreciated by the American public," the Wall Street Journal wrote in an editorial. "He showed no particular willingness to compromise, save for a claim that he was open to other ideas."

Even the more sympathetic Los Angeles Times worried that Obama's heavy focus on jobs and the economy might end up leaving health care on the back burner.

"Obama may have harmed his own cause by including health care reform in an aggregation of worthy and not-so-worthy causes, from green jobs to better schools to earmark reform," the paper's editorial page wrote. "The president also signaled that he was open to new ideas -- which opponents may see not as accommodation but as capitulation. If a bill is to be resuscitated, it will require braving the conventional wisdom that, post-Massachusetts, the least said about health care, the better."

Either way, Obama now faces the unenviable task of keeping Democrats focused on trying to find a bill that both the House and Senate can sign on to -- a goal made much more difficult after the bitter electoral defeat in Massachusetts last week.

He acknowledged the challenge with a wry grin. "By now it should be fairly obvious that I didn't take on health care because it was good politics," he said.