Accessibility links
Gates Foundation Pledges $10 Billion For Vaccines : Shots - Health News The Bill and Melinda Gates Foundation announced today that it plans to more then double its spending on vaccine development and deployment over the next decade with a $10 billion investment. Bill Gates tells NPR the reason is that vaccines have "b... 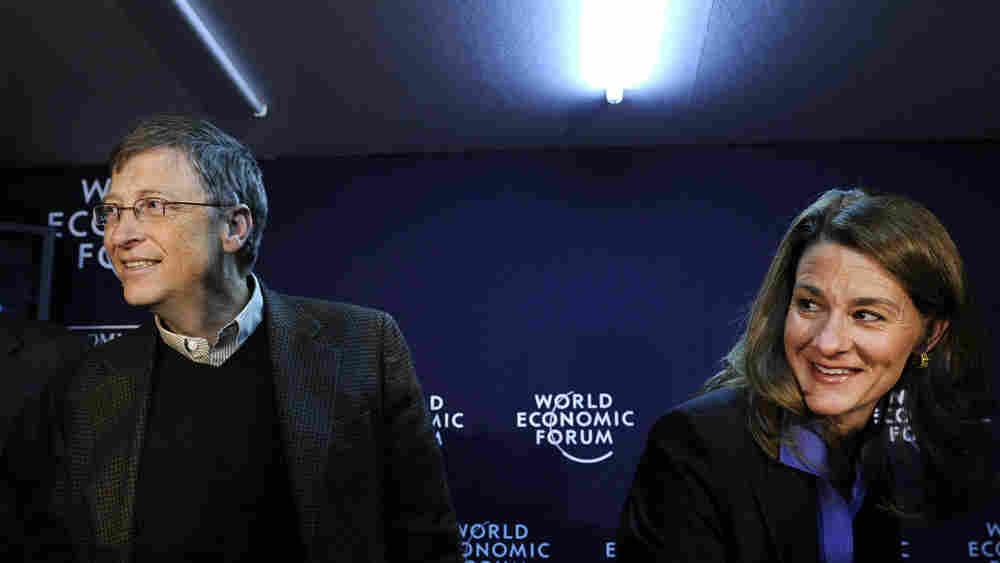 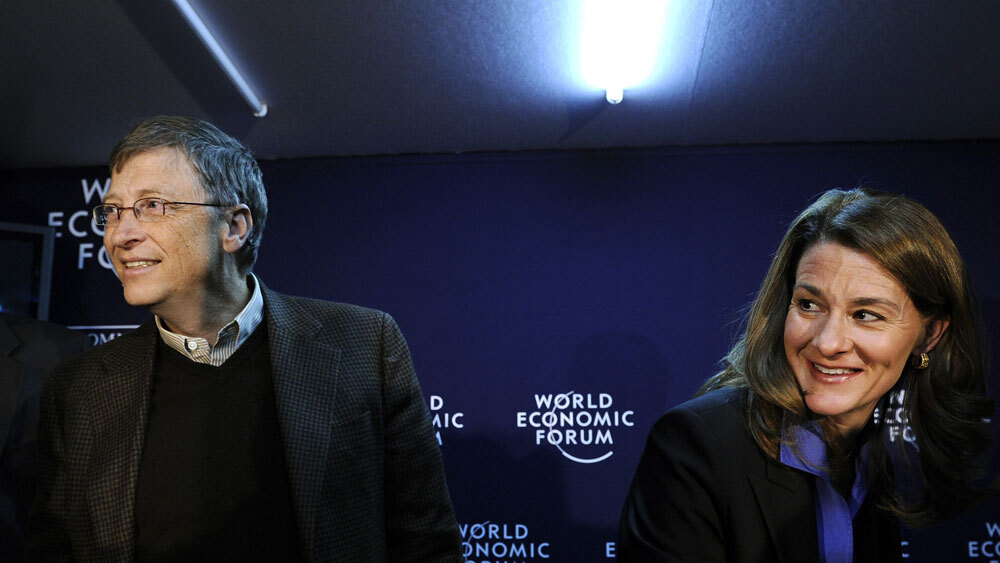 The $34 billion Bill and Melinda Gates Foundation is more than doubling its vaccine portfolio -- already its largest focus.

The Gateses announced today at the World Economic Forum in Davos, Switzerland, that they plan to spend $10 billion on vaccine development and deployment over the next decade. "We must make this the decade of vaccines," Microsoft founder Bill Gates says.

Since its inception in 1994 the Gates Foundation has spent $4.5 billion on vaccine programs. The new $1 billion-a-year pledge is $200 million over its current annual outlay for vaccine work.

"We're continuing to ramp up the amount we're spending on vaccines because it's been such a good investment," Bill Gates tells NPR in an interview.

Successes so far in getting established and new vaccines out into poor countries and into children's arms, Gates says, show that "even in the poorest countries vaccine delivery can be done well."

A goal of the foundation's expanded funding is to raise that to 90 percent coverage. Another goal is to get comparable vaccination coverage among children in the poorest nations for measles, HiB (Hemophilus influenza type B), pneumococcal disease, rotavirus (the leading cause of childhood diarrheal death), and, after 2014, a 50 percent effective malaria vaccine that's now in final human trials.

If those goals are met, Gates says, 8.7 million more children will avoid death from vaccine-preventable diseases. That comes from unpublished projections by researchers at the Johns Hopkins Bloomberg School of Public Health.

Gates says some of the foundation's new money will go toward work on vaccines against AIDS and tuberculosis. "But we don't know when those breakthroughs will take place," he says. "So when we say we'll save more than 8 million additional lives, we're not putting anything in for those. It's just the vaccines that are out and available or in their final phase of testing."

Here are other excerpts from NPR's interview with Bill Gates:

NPR: What went into your decision to increase vaccine outlays at this time?

GATES: Well, over the last 10 years we got several new vaccines out into poor countries through a partner called the GAVI Alliance.... We saw that even in the very poorest countries, vaccine delivery can be done well. And the number of scientists working on new vaccines has gone up... partly because of donations that we and others have come along with. A lot of young scientists are inspired to work in these areas, so we wanted to show that we have this long-term commitment. It will go to diseases that affect the poorest disproportionately.

NPR: What will this fund that otherwise would not get funded?

GATES: Well, certainly a malaria vaccine wouldn't happen without our giving money, and others as well. But we're one of the big funders of this. A TB vaccine would hardly be worked on. An AIDS vaccine would have far less in terms of resources.

NPR: How does this 10-year, $10 billion pledge rank in terms of commitment to a single area of health spending?

GATES: Well, if you take the National Institutes of Health, they spend, say, $5 billion a year on cancer. For rich-world diseases, both the U.S. government and pharmaceutical companies have very large numbers that they spend. But if you take something focused on developing world diseases such as malaria and diarrhea, this would be the biggest commitment that anyone's ever made.

NPR: What are the biggest obstacles to acceptance and adoption of new vaccines?

GATES: Each country is very conservative about adding something new... and then you've got a delivery challenge. You have to have enough refrigerators and backup generators and personnel involved in that delivery system. So we're going to have to get the approvals, we're going to have to scale up the delivery capacity.... A lot of things have to go right. But there's nothing more effective in terms of its impact. And then as you improve health you also have this huge benefit that people tend to have smaller families. So all your challenges -- whether it's the environment, or food, education, jobs -- those become possible when you improve health.