Accessibility links
Human Male: Still A Work In Progress : Shots - Health News Researchers have found the Y chromosome, which makes a human a male, is changing far more rapidly than had been thought and may be one of the most active spots for evolution in the human genome.

Scientists say men are still evolving, despite earlier evidence to the contrary. 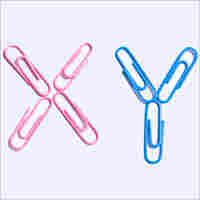 Researchers at MIT reached that conclusion after completing a detailed comparison of the Y chromosomes from chimps and humans. The results were just published online by the journal Nature.

The Y chromosome is what makes most male mammals male--platypuses excepted. It's one of a pair of sex chromosomes that determine gender. Females have two X chromosomes, males have an X and a Y.

And the MIT study showed that genes on the Y chromosomes of both chimps and people are changing at a rapid pace.

That's a dramatic reversal from just a few years ago, when scientists were suggesting the human Y chromosome was in trouble and might be headed for extinction. In 2000, for example, a team from the University of Edinburgh presented evidence that that Y chromosome had become "genetically degenerate."

Their concern came from research showing that during 300 million years of evolution the X chromosome had retained many hundreds of genes. Meanwhile, the Y chromosome appeared to be in "an evolutionary freefall" with just 70 or 80 genes left, Page says.

But the new study revealed that even a small number of genes can do a lot of evolving. "It's as if the Y chromosome is a house that's constantly being remodeled," Page says. And in the six million or so years since chimps and humans descended from a common ancestor, that remodeling has been taking place at a furious pace, he says.

It's still not clear exactly what all this genetic change has accomplished, Page says. But in the chimp, at least, there's evidence that the changes increased sperm production.