Accessibility links
Medical Marijuana Takes Root In New Jersey : Shots - Health News New Jersey is expected to soon become the 14th state to legalize medical marijuana. But the law that will be put before the lame duck governor for signature is much stricter than those enacted elsewhere.

Any day now New Jersey is expected to become the 14th state to legalize medical marijuana. But don't expect the Garden State to become a pot-smoker's paradise. 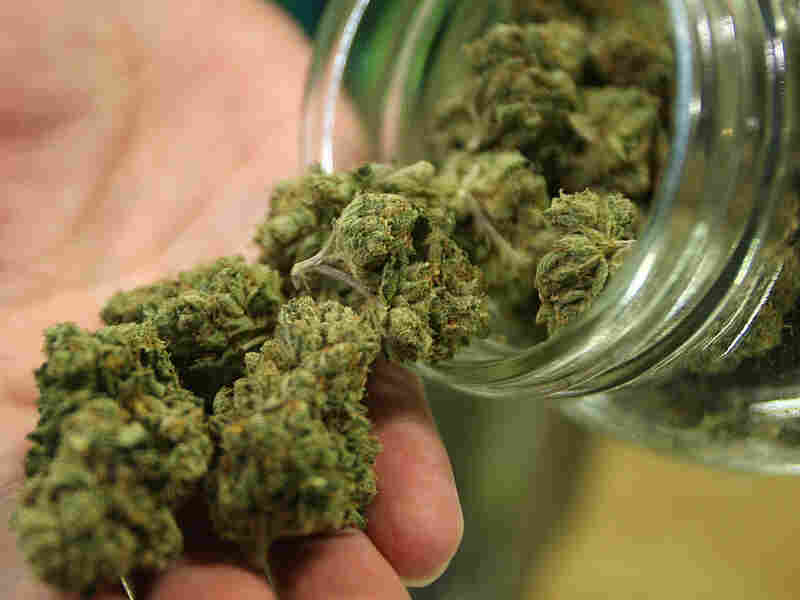 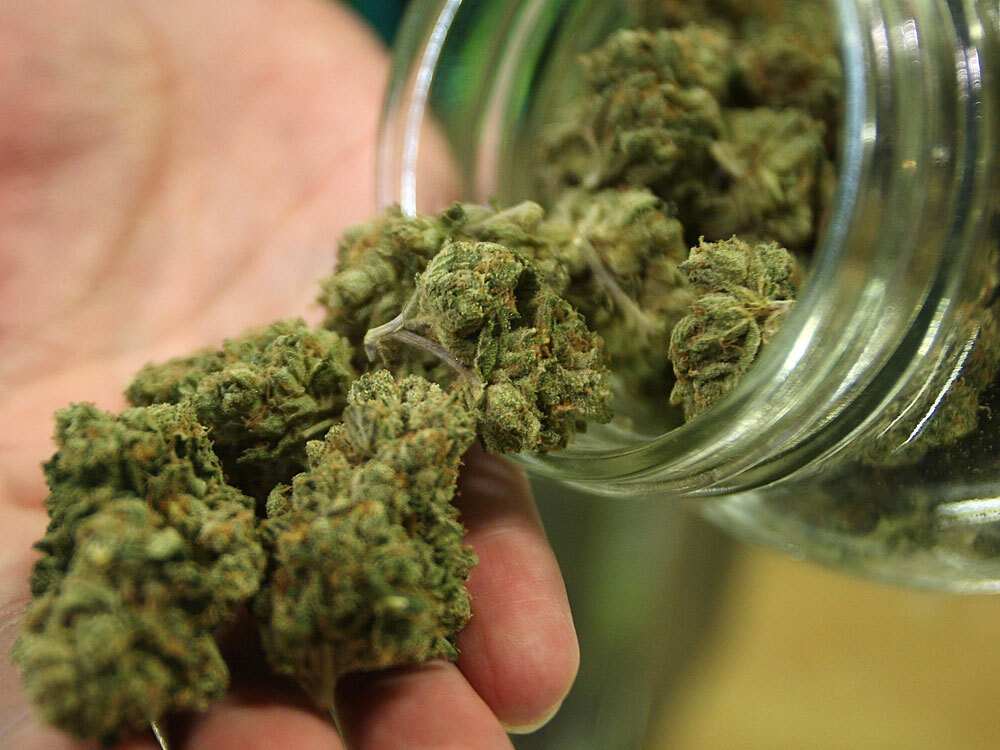 New Jersey is poised to join 13 other states in recognizing marijuana as medicine.

The "New Jersey Compassionate Use of Medical Marijuana Act", which passed both the state assembly and senate with comfortable majority votes, is a lot less sympathetic to the herb than its name may suggest.

Assemblyman Reed Gusciora (D-Mercer), one of the bill's sponsors, calls it "the strictest medicinal marijuana law in the nation."

The original bill would have allowed access to medical marijuana for persons diagnosed with a "debilitating medical condition," strictly defined by a specific list of ailments, including cancer, glaucoma, positive HIV/AIDS status, and seizure. But a series of amendments added to the bill would make New Jersey one of the only states to bar home-growing, making state-run "alternative treatment centers" the only legal access point to the healing herb for those with a prescription. Another of the amendments would also limit the amount of marijuana that may be dispensed in a one-month period to two ounces.

Ken Wolski, executive director of the Coalition for Medical Marijuana-New Jersey, told us this makes New Jersey the only state to prohibit home growing under medical marijuana legislation. "We certainly initially advocated for home cultivation, as the 13 other states have it, and that was taken out, which is unfortunate," he said. But Wolski said that even with the stricter language, the law would bring relief to many people. "There are restrictions in the New Jersey bill, yes, but there are also mechanisms that will allow for greater access as time goes on."

Not everyone is gung ho about that prospect. In fact, Governor-elect Chris Christie, a former U.S. attorney, is uneasy with the current bill precisely because of what he calls a potential "loophole" for expanding access--: a clause in the original bill that allows other medical ailments to be included in the list of "debilitating medical conditions" at the discretion of the state health department in addition to those already in writing.

California's experience with medical marijuana has New Jersey lawmakers taking a different tack. "I think we all see what's happened in California. It's gotten completely out of control," said Christie to the New York Times.

Despite some objections, the bill is expected to be signed into law by lame duck Gov. Jon S. Corzine before he leaves office next week, the New York Daily News reports. But it will then be up to the new administration to implement the law. And if the governor-elect has given any indication, "control" may be the key word.