Accessibility links
Expert Panel Recommends Screening Kids For Obesity : Shots - Health News A review of the scientific evidence suggests that screening children for obesity starting at age 6 can identify those with problems and give them effective help for slimming down.

Fresh from the folks who brought you last year's controversial recommendation that women wait on routine mammograms until they hit 50 comes advice that kids be screened for obesity. 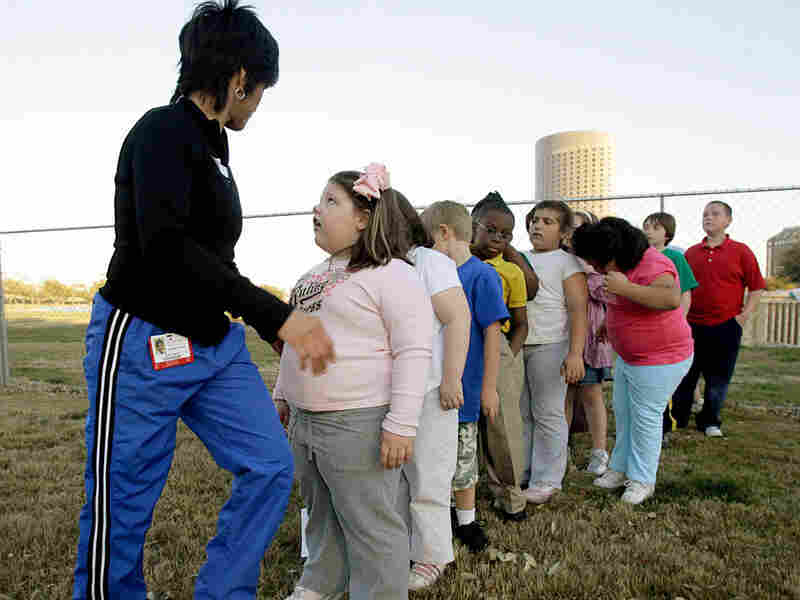 Kids line up for a game of kickball during a program at Children's Medical Center aimed at helping overweight children get healthier.() Matt Slocum/AP hide caption 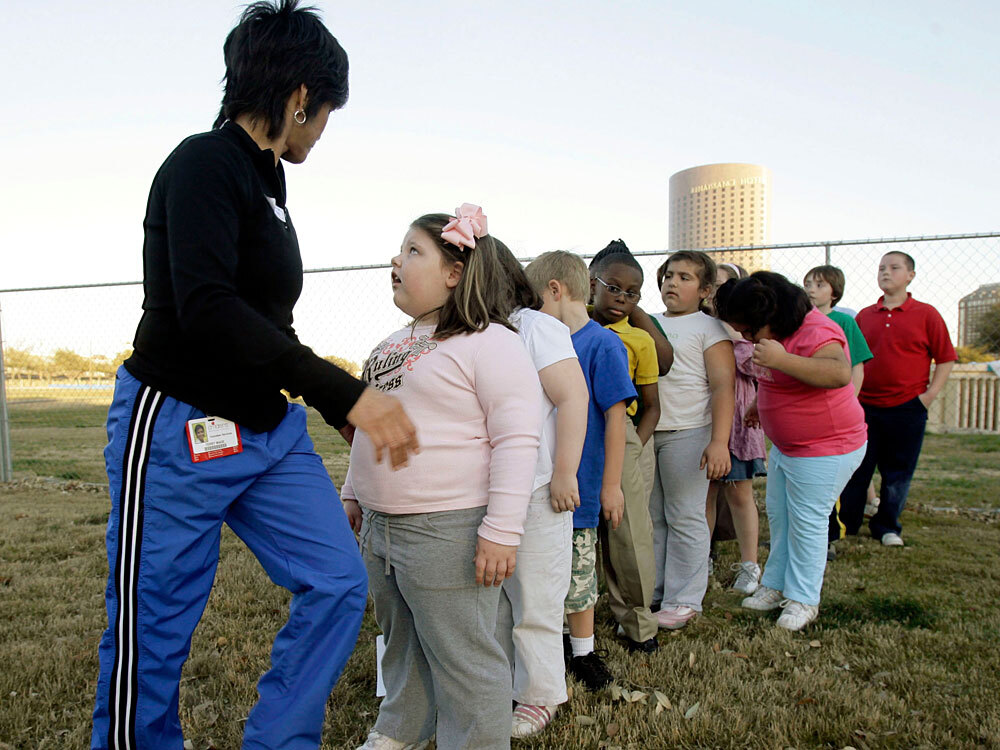 Kids line up for a game of kickball during a program at Children's Medical Center aimed at helping overweight children get healthier.()

It's a switch for the U.S. Preventative Services Task Force, whose 2005 report on the subject made no recommendations on screening and even questioned its value.

Why the change? There's more scientific support now for the notion that intervening early with counseling and suggestions for better habits can really help kids beat obesity and the health problems it brings. "That's the major reason the recommendation changed, because we found evidence to support how behavioral interventions and intensive counseling could in fact lead to weight stabilization," Dr. David Grossman, a pediatrician on the USPSTF, told Shots.

The benefits were also seen to outweigh the potential stigma of being labeled as overweight. The USPSTF now recommends screening start at age 6.

But screening for childhood obesity isn't like looking at an X-ray, or, even, a mammogram. Obesity is gauged by a kid's score on the normal body-mass-index (BMI), a measure of weight in relation to height. Kids with BMIs in the 85th to 94th percentile for their age and gender group are considered "overweight"; those above the 95th percentile are "obese."

Not everyone is convinced that BMI is the best screening tool, however. Back in 2008, Dr. David Ludwig, who runs an obesity clinic at Children's Hospital Boston, told NPR that "BMI... doesn't tell us about body composition -- the relative amounts of fat versus muscle."

And Dr. Reginald Washington, a pediatric cardiologist at the Rocky Mountain Hospital for Children in Denver, said that a much simpler tool -- a tape measure -- may be more effective in predicting a child's risk for disease. Dr. Ludwig agreed, suggesting that a child's waist size may be better because weight distribution, rather than overall weight, could be a clearer indicator of disease risk.

Still, Grossman stood by the USPSTF's decision to use BMI as the standard for childhood obesity. "Certainly there's always room for improvement... but we have to go with the best measure that we have, and BMI is it," he said, noting its widespread use and universal acceptance.

If the USPSTF's recommendations catch on in schools, kids could start bringing home their BMI "report-cards" along with their grades.