Accessibility links
Parents Choose Healthier Options For Kids, Not For Themselves : Shots - Health News A new study shows that parents who are supplied with nutritional information choose lower-calorie meals for their children — about 100 calories lower on average, which amounted to a 20 percent reduction. But those good intentions don't carry over...

Parents Choose Healthier Options For Kids, Not For Themselves

Parents Choose Healthier Options For Kids, Not For Themselves 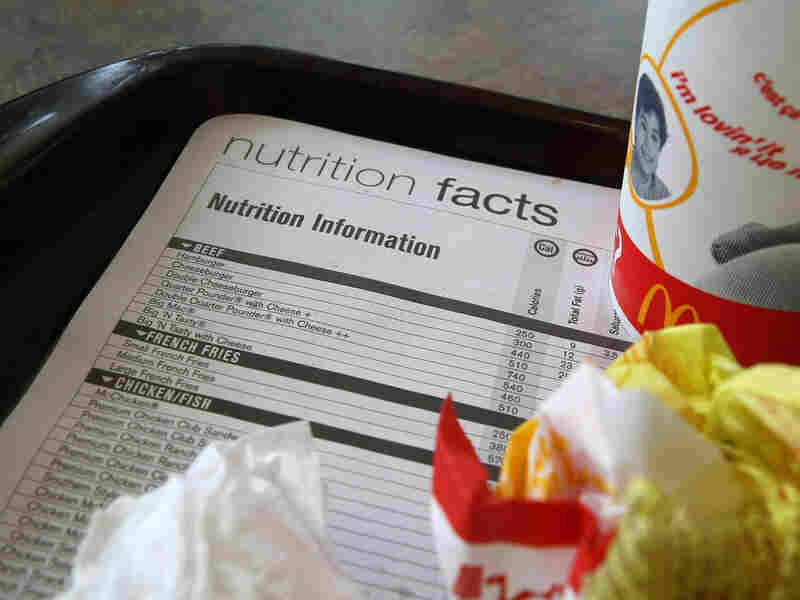 Nutritional labeling gives parents an extra tool to make good decisions when they're eating out, if only for their kids. Justin Sullivan/Getty hide caption 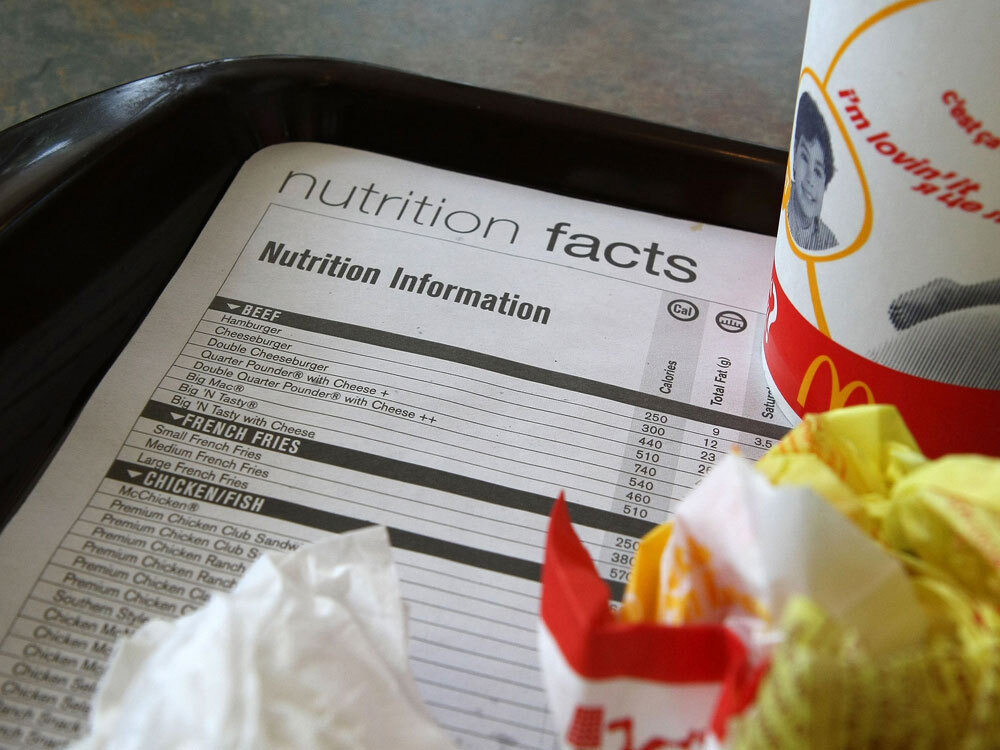 Nutritional labeling gives parents an extra tool to make good decisions when they're eating out, if only for their kids.

Maybe not. Well, at least, not if your mother is dictating what you eat.

In a new study, out in yesterday's Pediatrics medical journal, parents were given sample McDonald's menus with and without nutritional information and asked to choose a hypothetical meal for their kids. All in all, parents who were given data on calories chose lower-calorie meals for their children -- about 100 calories lower on average, or a 20 percent reduction.

But parents' good-intentions for their kids' health doesn't seem to carry over to their own eating habits. As it turned out, there was no difference in calories between the meals that the two groups of parents chose for themselves.

Dr. Pooja Tandon, of Seattle Children's Research Institute, led the project. She tells Shots that while her research doesn't answer why the calorie counts in the parent groups remained about the same, previous studies have come up with similar results. Still, while some studies support the view that nutritional information displays don't change adult's eating habits, others have shown just the opposite.

Tandon says that it's too soon to confirm the impacts of nutritional labeling one way or the other -- people need time to get used to it.

The study also looked at a relatively small group of 99 parents and their children, although Tandon says the sample was representative enough to show a meaningful difference, according to her calculations.

The overall finding, she notes, is positive -- at least for children's health, if not their parents'.

"I can hypothesize that there's something different going on in the minds of parents when they're thinking about their own health and their children's," Tandon says. "It gives me hope that parents want what's best for their children, and so, nutrition labeling gives them an extra tool to make good decisions when they're eating out."

"I think that the choices parents make for young kids set the seeds for eating habits later in life," she adds. "I also hope that [nutrition labeling] works on the restaurants -- that they start offering more healthy options, so that these kids grow up to a healthier food environment."