Accessibility links
Rubble Dust: A Health Risk For Haiti's Earthquake Survivors? : Shots - Health News All the images of dust-caked survivors of Haiti's earthquake have triggered worry among health experts who have monitored first responders caught in the dust cloud when the World Trade Center towers collapsed on Sept. 11. They wonder whether Haiti... 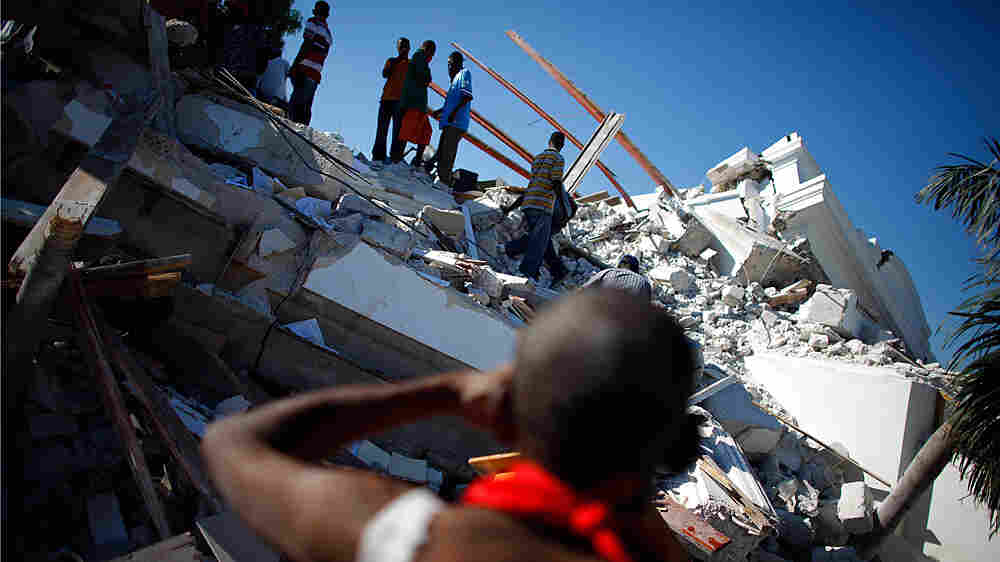 The massive amount of dust from collapsed buildings in Haiti could cause long-term respiratory problems. David Gilkey/NPR hide caption 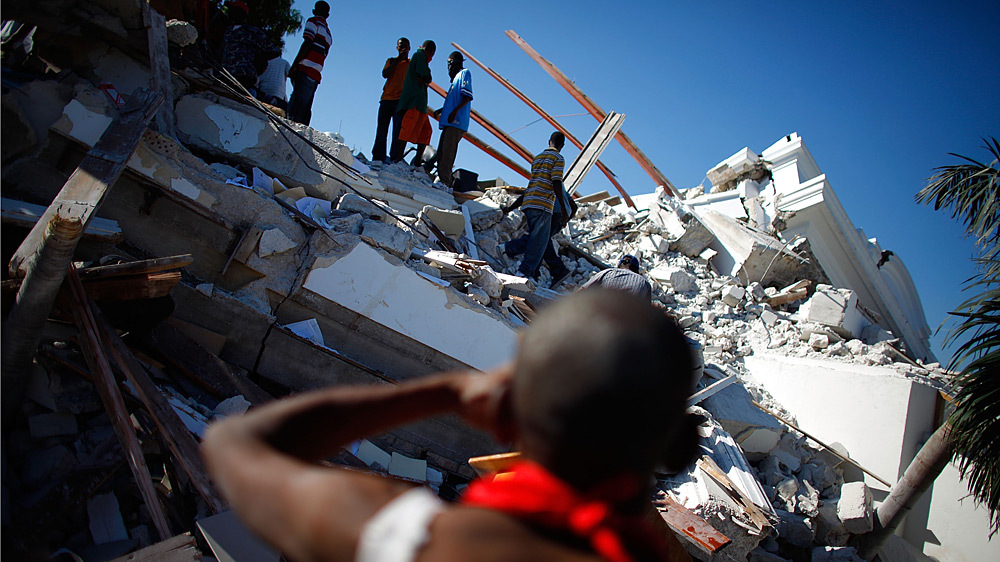 The massive amount of dust from collapsed buildings in Haiti could cause long-term respiratory problems.

It's one of the lasting images of January 12 -- the enormous dust cloud hanging over Port-au-Prince minutes after Haiti's massive earthquake.

And then there were all those survivors' faces, coated with thick white masks of rubble dust.

Today, the images from Haiti show countless numbers of people sleeping in the streets, breathing dust-laden air, day and night.

All these images have triggered worry among health experts who have monitored first responders caught in the dust cloud when the World Trade Center towers collapsed on Sept. 11. They wonder, will Haitian earthquake survivors suffer the same kinds of lung problems?

"There's probably some reason to worry," says Dr. Philip Landrigan, chairman of preventive medicine at Mount Sinai Medical Center in New York. "It may be there are people caught in that dust cloud who suffered exposures similar to those at the World Trade Center. It's quite possible."

"The actual effect of the dust and debris that rained down on our workforce on 9/11 may not be evident for years to come," says Dr. David Prezant, medical director of the New York Fire Department.

Nobody has collected any data on the kinds of exposures the Haiti earthquake survivors have experienced. Privately, federal health officials say they're frustrated at not being able to collect dust and air samples and monitor the population for respiratory problems. So the risk assessment so far has a matter of guesswork and speculation.

There are important similarities and differences between the likely hazards in Haiti's earthquake zone and at the World Trade Center site.

Landrigan of Mount Sinai says one similarity is that a major component of the dust in both places is pulverized concrete. "After 9/11, it comprised two-thirds of the dust -- the biggest single component," he says. "That's significant because powdered concrete tends to be very, very alkaline -- very caustic. So it's very irritating to the nasal passages, the throat and down into the lung."

One difference is probably fortunate for Haiti. "There just wasn't the amount of kinetic energy there as with the collapse of two 100-story towers," Landrigan says. "In New York, you had very, very high concentrations of dust. As a result of the force, the dust particles were very small."

The combination of small particle size and enormous concentrations of dust meant that when anyone caught in the World Trade Center dust cloud inhaled, Landrigan says, "there was so much stuff in the air that it overcame the normal defenses and the toxic dust went straight into their lungs. That normally doesn't happen."

Also, their exposure will occur over a much longer time.

The earthquake dust may not be washed out of the air and off the streets until Haiti's rainy season begins in April. Public health specialists say that will bring other health problems to the hundreds of thousands of homeless survivors.