Accessibility links
Ask Temple Grandin About Her Improbable Journey And A New Portrayal By Claire Danes : Shots - Health News Temple Grandin, who has autism, is most known for helping the livestock industry develop a more humane way to slaughter cows. Her life story, and her view of autism, are the subjects of a new HBO movie. Grandin is a guest today on NPR's Talk of th...

Temple Grandin uttered her first words when she was three-and-a-half years old.

Later diagnosed with autism, Grandin went on to become one of the top designers of livestock facilities in the nation, harnessing her disorder to better understand animal behavior. 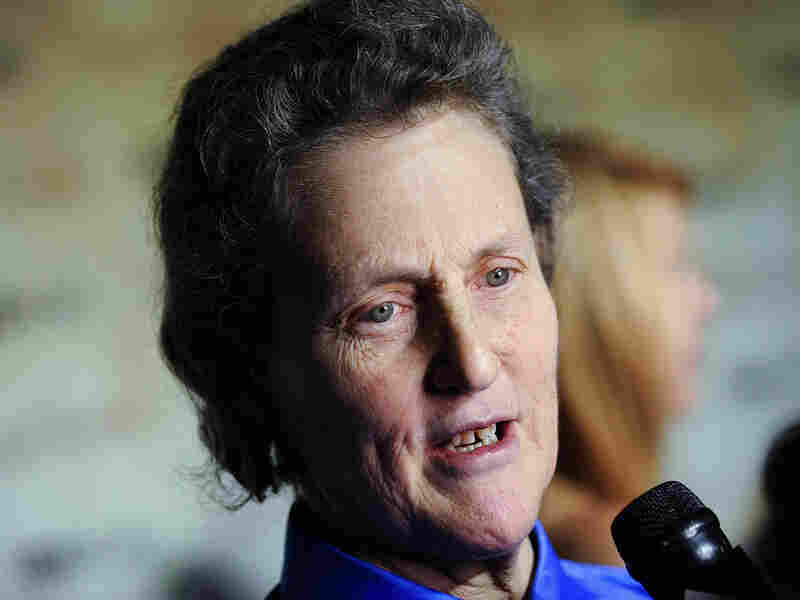 Submit your questions for Temple Grandin, who will be on NPR's Talk of the Nation today. Frederick M. Brown/Getty Images hide caption 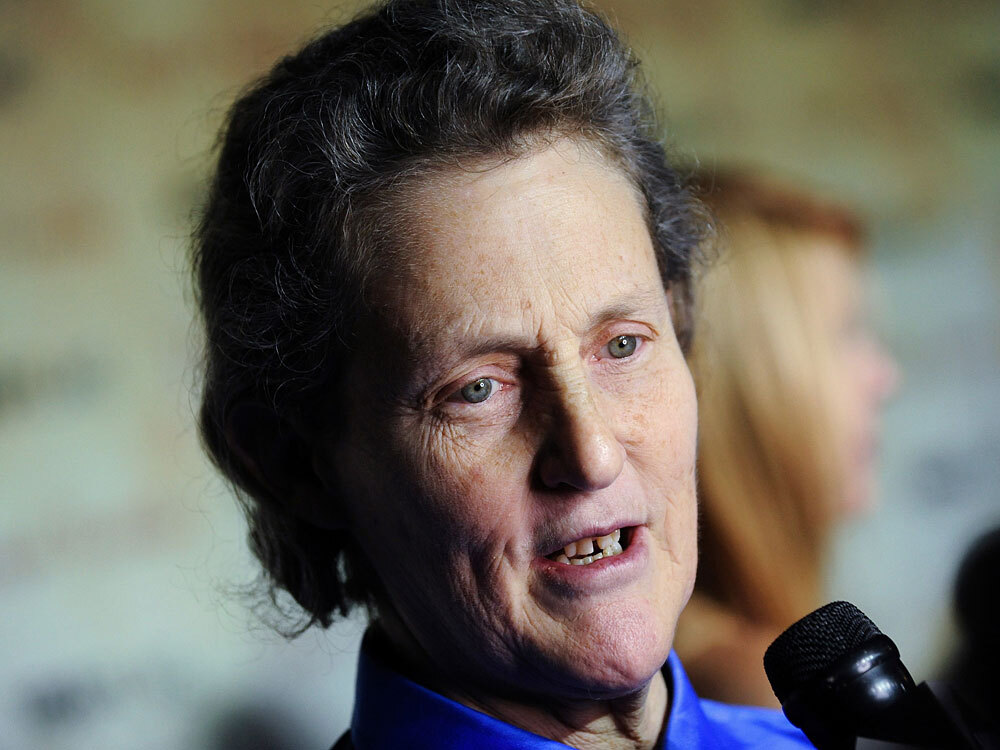 Submit your questions for Temple Grandin, who will be on NPR's Talk of the Nation today.

Her improbable life story is the subject of a new movie, called Temple Grandin, starring Claire Danes as the woman who overcame the odds to earn a Ph.D., write half a dozen books, advocate for autism education, and work as a professor of animal science at Colorado State University. The film premieres on HBO on Feb. 6.

Today, Grandin will be a guest on Talk Of The Nation, taking calls about the movie, animals, autism and other subjects. If you want to ask her a question, post a comment here on Shots, and we'll pass it on to the show.

The HBO film, whose cast includes Julia Ormond, Catherine O'Hara, and David Strathairn, tries to capture how Grandin sees the world, something she described for NPR in a 2006 essay for the series, This I Believe.

Because I have autism, I think in pictures and sounds. I don't have the ability to process abstract thought the way that you do. Here's how my brain works: It's like the search engine Google for images. If you say the word "love" to me, I'll surf the Internet inside my brain. Then, a series of images pops into my head. What I'll see, for example, is a picture of a mother horse with a foal, or I think of "Herbie the Lovebug," scenes from the movie Love Story or the Beatles song, "Love, love, love..."

The filmmakers use montages of various snapshot images to dramatize Grandin's thought processes, and what led her to work with the livestock industry to help develop humane chutes to get cows to slaughter.

In a 2009 interview on NPR's Fresh Air, Grandin said that animals experience a range of emotions, including "fear, rage, separation anxiety and seeking."

"[I] had to really understand how animals process information and how their senses compare to human senses because some things that would upset animals wouldn't upset us," she said.

Having consulted for major firms like Burger King and McDonald's, she has designed the facilities in which roughly half the nation's cattle are handled.

In recent years, Grandin has also been speaking regularly at autism conferences and offering advice to parents on how to raise autistic children. She wrote in her most recent book, The Way I See It: A Personal Look at Autism and Asperger's, that parents need to keep their autistic children engaged in the real world.

"The best thing a parent of a newly diagnosed child can do is to watch their child, without preconceived notions and judgments, and learn how the child functions, acts, and reacts to his or her world," she wrote. "The worst thing parents can do with a child between the ages of 2-5 is nothing."