Accessibility links
New York City Puts Salt On The Chopping Block : Shots - Health News As of today, the New York City Department of Health and Mental Hygiene is asking the food industry to voluntarily reduce the amount of salt in packaged and restaurant foods.

The Big Apple isn't messing around when it comes to healthful eating. First, public health officials required chain restaurants to publish calorie counts on menus. Then, in 2008, the city banned artificial trans-fats from restaurants. Now, there's a new target. 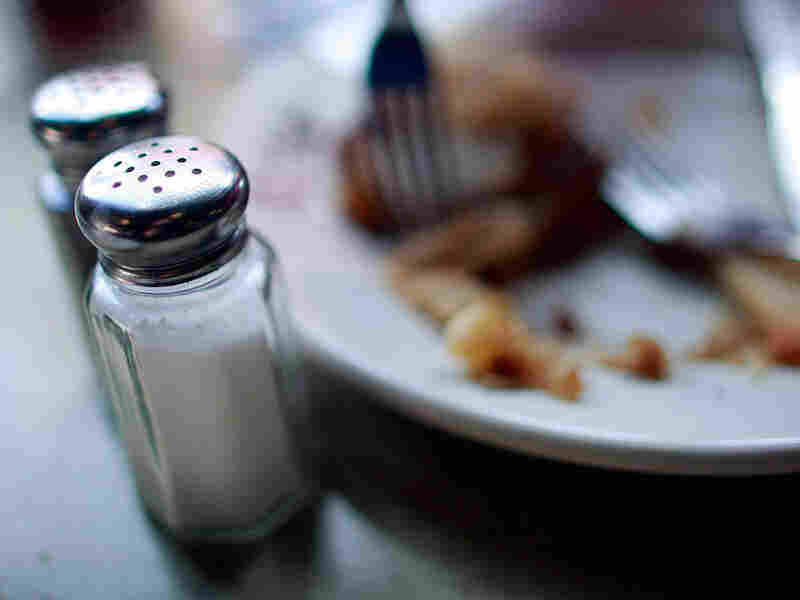 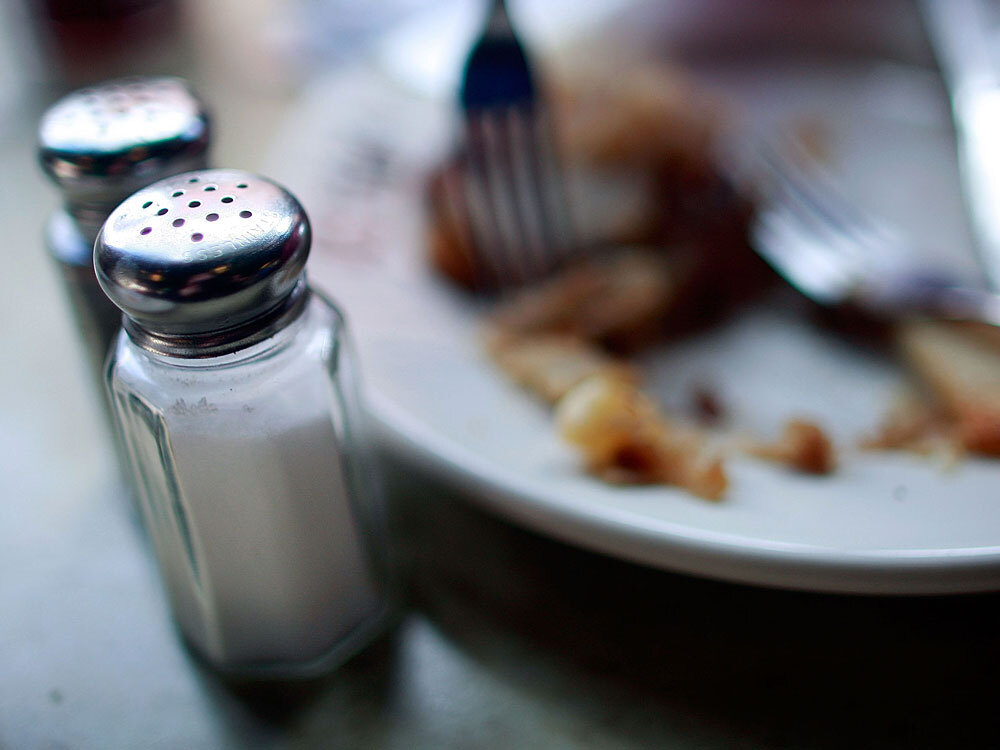 As of today, the New York City Department of Health and Mental Hygiene is asking the food industry to voluntarily reduce the amount of salt in packaged and restaurant foods.

The department cites research that the high sodium content of American diets comes largely from these food sources, and not our salt shakers.

With its announcement today, the department echoed that concern: "Americans consume roughly twice the recommended limit of salt each day -- causing widespread high blood pressure and placing millions at risk of heart attack and stroke -- in ways that they cannot control on their own."

Though the salt proposal, unlike the trans-fat ban, is voluntary, it already has one trade association up in arms. Morton Satin, director of technical and regulatory affairs at the Salt Institute, reminds us that salt is a "natural, necessary nutrient" and compared the reduction proposal to a large-scale nutritional experiment.

"Before we subject a generation of consumers to one of the largest clinical trials ever carried out, without their knowledge and without their consent, I ask health officials to use their talent, training and common sense to place this whole matter into perspective," he said in a statement released today.

But city officials are confident that their initiative could yield positive results. Dr. Thomas Farley, the city's current health commissioner told AP that the food industry fully recognizes that "sodium is a major health problem that they need to address."

Of course, this proposal has nationwide implications. It would put pressure on large, national brands who distribute in the New York area to voluntarily shift to lower-sodium content -- or face some unhealthful PR. Chances are that a large company is either going to change its formula nationally, or not at all. And as unlikely as it may sound, some big brands, like Sara Lee and Campbell's, have already introduced salt-reduction initiatives of their own accord.

Whether or not the entire food industry voluntarily complies with NYC's demand, the salt issue isn't likely to fade. Sodium is tied up with America's obesity epidemic, and even extends to the health care debate.

"Three quarters of us are going to die from either cancer, cardiovascular disease, or stroke. How did we get here? We've taken fat, sugar and salt, we've put it on every corner," he said.