Accessibility links
Simple Does It For Infection Prevention : Shots - Health News Keep it simple, Doc. That's the lesson of two studies published today in the New England Journal of Medicine, which offer simple ways to save lives, like bathing patients and swabbing their noses with antibiotic ointment.

Simple Does It For Infection Prevention

Simple Does It For Infection Prevention

Keep it simple, Doc. That's one lesson to draw from two studies published today in the New England Journal of Medicine, which offer simple ways to prevent infections and save lives, like bathing patients and swabbing their noses with antibiotic ointment. 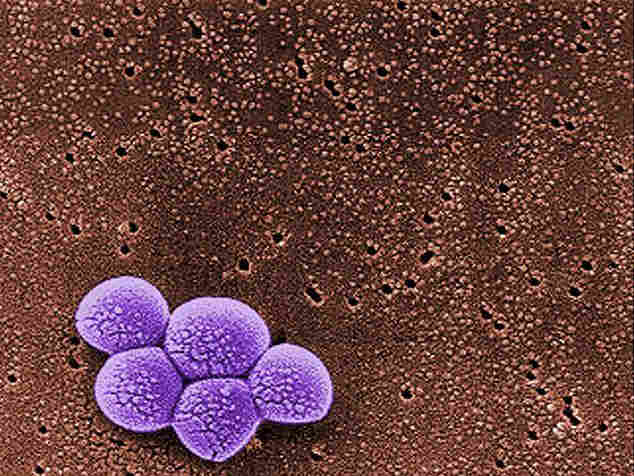 Beautiful under a microscope, deadly on your skin. CDC/Janice Haney Carr hide caption 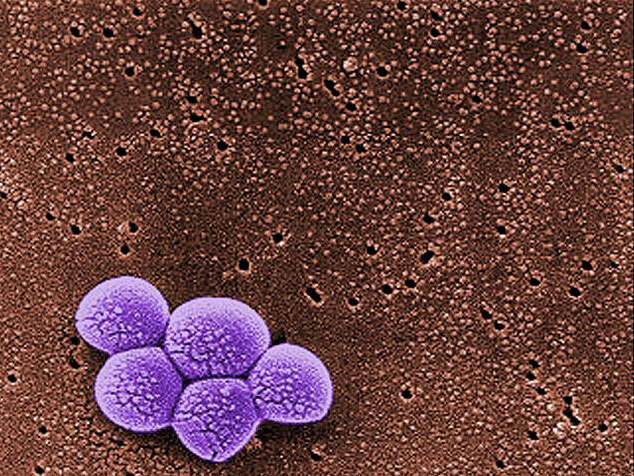 Beautiful under a microscope, deadly on your skin.

One study found that about one-third of all patients carry Staphylococcus aureus -- or staph, a bacterium that is a leading cause of hospital infections -- in their noses and on their skin when they show up at the hospital for surgery. By showering those patients who test positive for the bug and rubbing their noses with antibiotics, doctors found they could reduce surgery-related infections by 60 percent.

The second study found that when doctors clean the area on the patient's body where surgery will be performed with chlorexidine, an antiseptic, their patients get 40 percent fewer infections than those cleaned with iodine, another antiseptic. Oddly, hospitals use iodine in three-quarters of procedures merely because "we've always done it this way," as one nurse told the New York Times.

Interest in preventable hospital deaths grew after the Institute of Medicine published its 1999 report, "To Err Is Human," which concluded that nearly 100,000 Americans die from medical mistakes each year. Meanwhile, the Centers for Disease Control and Prevention estimated 99,000 people die annually from avoidable infections. Since then, one of the leading developments in preventing those deaths has been a five-point checklist now used by many hospitals that reminds doctors to wash their hands and put on their masks.

It seems obvious to many, but doctors had been regularly skipping those simple steps. The checklist was designed to prevent infections when doctors insert I.V. lines only, but its results were astonishing: Infection rates fell by two-thirds.