Accessibility links
FDA To Hold Avandia Hearing, After Senate Report Raises Flags : Shots - Health News In July, the agency is expected to review the safety of the GlaxoSmithKline's Avandia, a diabetes drug dogged by cardiovascular risks. A Senate Finance Committee report that was just released resurrected questions about the medicine.

With the release over the weekend of results from an investigation of a once-popular diabetes drug by the Senate Finance Committee, the new regime at the Food and Drug Administration has quite a mess on its hands. 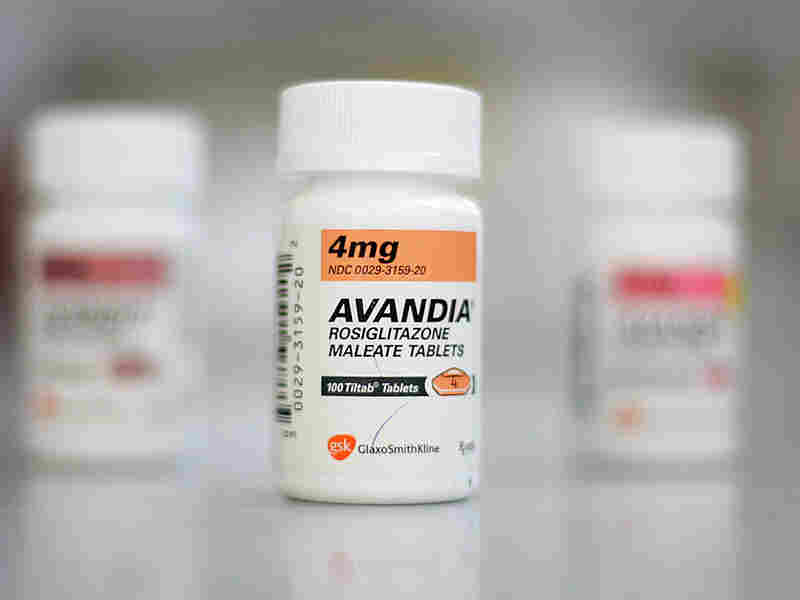 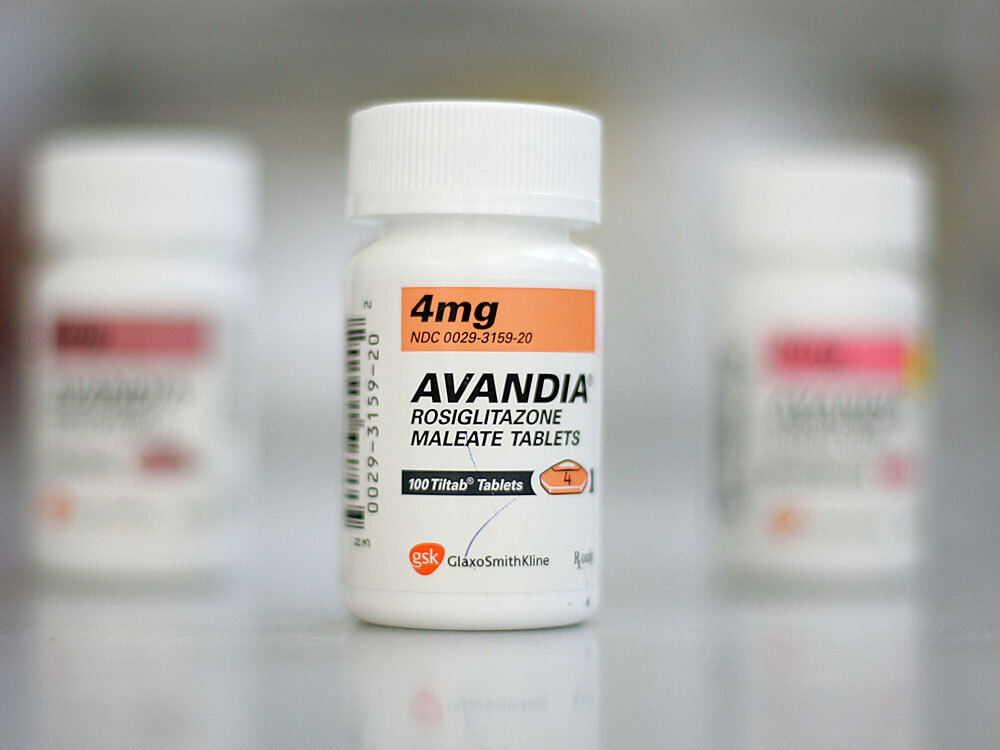 At 342 pages, the Senate report presents quite a bit of detail on the drug Avandia and heart risks. Sure, the FDA has already addressed the potential problem with a black-box warning--the strictest at its disposal--on the drug's label.

But critics of Avandia say that's not enough and the drug needs to come off the market now. Cleveland Clinic cardiologist Steven Nissen told Shots the case against Avandia, which he helped get rolling three years ago, continues to build and that the drug's maker, GlaxoSmithKline, has had a hard time discrediting his work. In an interview with CNBC today, he called again for the drug to be withdrawn.

What's the agency to do? For starters, the FDA issued a statement Tuesday saying it's not doing anything right away. Instead, the agency is looking at the data it got last summer from a Glaxo-sponsored safety trial of Avandia. And the agency is planning a July hearing to present the analysis and to get input.

For its part, Glaxo staunchly defends the drug. The company points out that in July 2007, an FDA advisory committee considered the evidence of an elevated heart attack risk, and the committee failed to vote in favor of removing the drug from the market. But it doesn't note that the advisory committee did acknowledge the increased risk of heart attacks.

Glaxo also says the big safety trial, called RECORD for short, ultimately showed "Avandia was not associated with an overall increase in cardiovascular hospitalization or death" compared with some alternative diabetes medicines--metformin and sulfonylureas.

Avandia has its defenders, such as George Washington University associate professor Matthew Mintz who blogs his case for Forbes. Elsewhere on the Forbes site, Matthew Herper takes Glaxo to task.

But there are even more layers to the mess, including claims Glaxo wasn't as forthcoming with the FDA as the agency expected.

The Senate committee report also chronicles how a reviewer for the New England Journal of Medicine provided a copy of the meta-analysis by Dr. Nissen highly critical of the drug before the manuscript was published--directly against the journal's editorial policy. (Check out that CNBC video for a little more on that.) Furthermore, the Senate investigation reveals that the company used the time between when the publication was submitted and when it was published to pressure several diabetes experts to drop their criticisms of the drug, and to prepare a response to the study.

So stay tuned. The Avandia saga won't be over until at least July.

Update: Forbes added an editor's note to Mintz's blog post about potential conflicts on the subject after learning that he had received money for speaking and consulting from Glaxo.