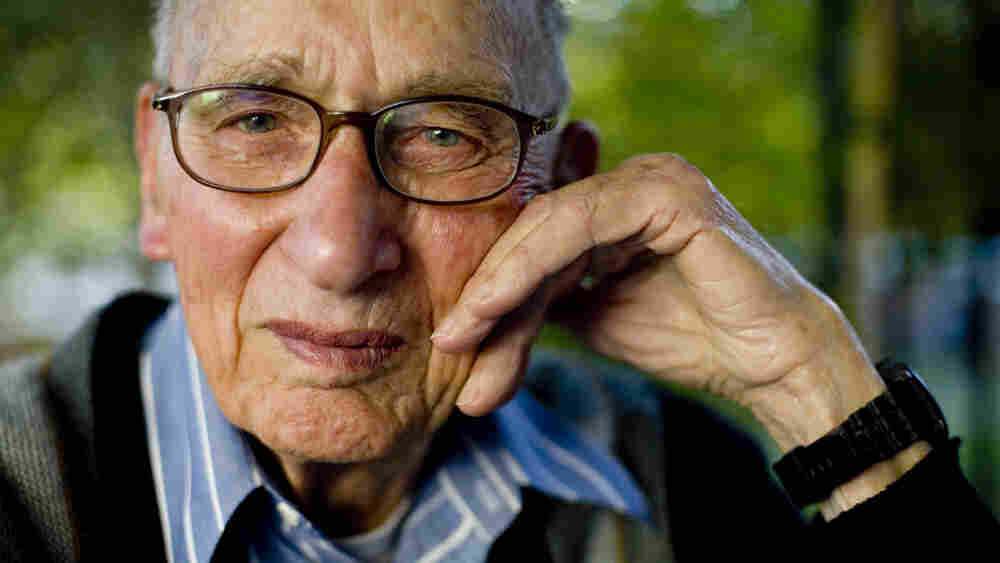 In the aftermath of World War II, photos circulated around the world portraying the brutality of the Nazi concentration camps. Then, in 1946, LIFE magazine ran a story on the brutality and violence found inside America's own borders -- in its state mental hospitals. The photos were taken by Charlie Lord, a young Quaker and conscientious objector who had been assigned by the federal government to work in a state mental hospital in Pennsylvania. Charlie had smuggled in a camera -- carrying it in his pocket -- and took photos of a psychiatric ward crowded with hundreds of men, wandering naked and aimlessly.

Lord was featured in a story on All Things Considered on Dec. 30. Lord died on Jan. 30 from complications of a recent aortic valve surgery. He was 90. 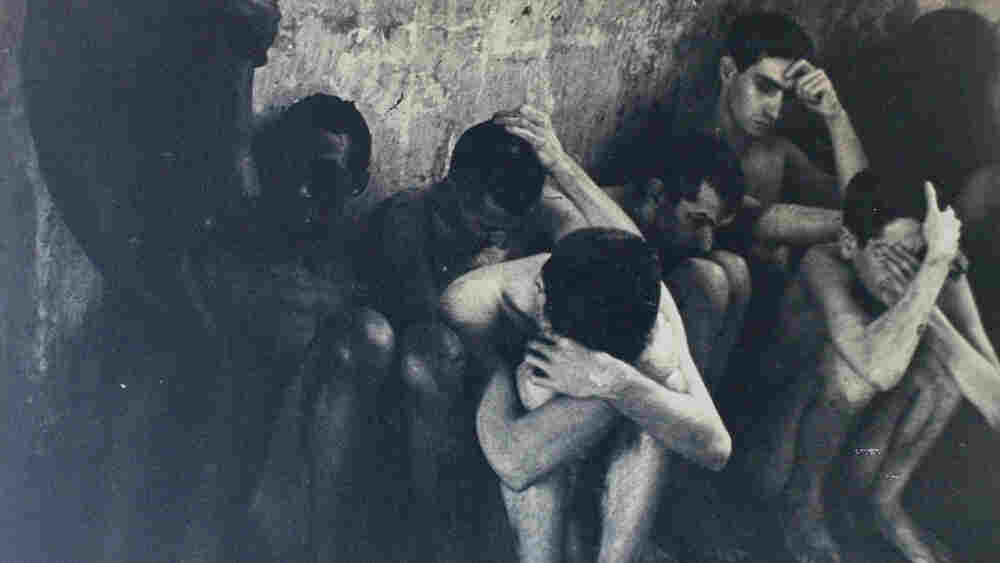 One of the photos taken in the 1940s of Philadelphia State Hospital by conscientious objector Charlie Lord. Click to hear Lord talk about his photos. Charles Lord hide caption 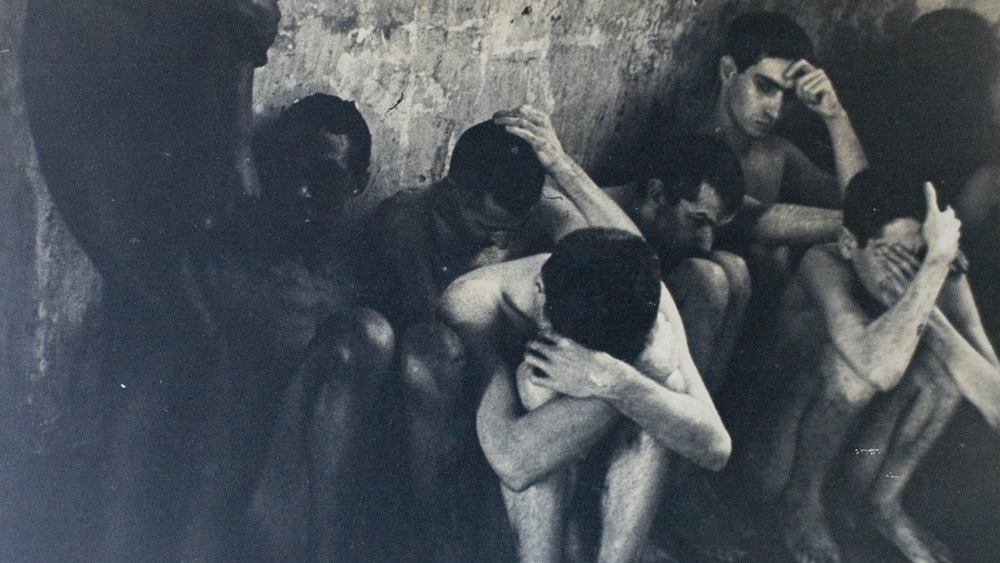 One of the photos taken in the 1940s of Philadelphia State Hospital by conscientious objector Charlie Lord. Click to hear Lord talk about his photos.

For that NPR story, we sent 28-year-old freelance photographer Katie Hayes to the Quaker retirement community where Lord was living in Pleasant Hill, Tenn. And there, the young photographer learned a lot from the older photographer, and not just about taking pictures.

Katie writes of her visit:

"Personally, I had never heard of Charlie Lord before working on the story, but I quickly realized that he is one of the only photographers that I could point to as having a direct impact on my life. Lord's images, showing the interaction of the patients with the physically broken building, startled the American people and brought to life the stark reality of living conditions inside a state-run psychiatric hospital. At the time, Charlie's motivations were simple: sheets and blankets for the men, more clothing and more medical staff on the wards."

"Charlie and I talked in length about each photograph, his motivations for taking on a project that could jeopardize his livelihood, and the hospital conditions that he called 'unfit for human habitation.' While looking through the fading black and white prints, I saw my sister's face, who has battled bipolar disorder for the greater majority of her adult life. As a photographer, I strongly believed that the camera can be one of the greatest tools in creating social change. It only took Charlie two months and three rolls of film to document his surroundings, but for families with a history of mental illness, his effort means the world."

You can check out Katie's documentary about her sister, who lives near her in Austin, Texas.

But we also want to replay Charlie's photos here. Charlie's black-and-white photos are filled with horro of these institutions. But they're also at times beautiful -- the way he captures a detail like a ray of sun, or the peeling brick of a wall.

Here's what I wrote about Lord's photos in a post for Shots last December. "Lord's accomplishment is even more amazing when you consider that he didn't have time to set up and think out his photos. When it was his shift to work, he'd hide a small Agfa camera in his pocket. When no one was watching, he'd shoot off a few pictures."

In the radio story, Syracuse University's Steven Taylor, who has written a history of those conscientious objectors talked about why Charlie's photos had such an impact in 1946. The images of thin, naked men lined against walls echoed some other disturbing images Americans had just seen.

"The immediate reaction by many people to these photographs were that these look like the Nazi concentration camps," Taylor said. "People could not believe that this was the way we treated people with mental illness and intellectual disabilities in our society. So it created a kind of mass uproar, nationally."

That uproar helped create a movement to improve conditions in state psychiatric hospitals. One of those moved by Charlie's photos was Eleanor Roosevelt, who then spoke out in support of change.