Accessibility links
Health Care Rewind: Many In GOP Supported Overhaul Before : Shots - Health News Republicans in Congress today may have a reputation for saying no to everything about health care overhaul, but that hasn't always been the case.

Health Care Rewind: Many In GOP Supported Overhaul Before

Health Care Rewind: Many In GOP Supported Overhaul Before

If President Barack Obama is hoping for Republicans to show up to the health care summit tomorrow ready to work in a bipartisan manner, with a proposal that expands coverage and agrees on several fundamental provisions of overhaul, he might want to turn the clock back about 17 years. 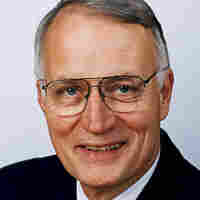 It may come as a shock to some, but a closer look at President Bill Clinton's attempt at remaking health care reveals a stark difference from the debate under Obama: the Republican Party may not have always been the "Party of No."

In fact, a quick look at this chart from our partner, Kaiser Health News, that compares the proposed GOP health bill from 1993 to this fall's Senate bill, shows something quite the opposite: a lot of yesses.

So if Republicans used to support proposals like these, why all the controversy now? We went to one of the bill's co-sponsors from 1993, former Sen. Dave Durenberger, a Minnesota Republican, to get his take on the political 180.

"The main thing that's changed is the definition of a Republican," Durenberger told us. He noted the lack of moderate Republicans in Congress today, and said another difference is that Republicans aren't willing to work on reform because they want to keep the status quo.

And in that environment, bipartisanship could be a long shot, Durenberger said. He blamed the lack of compromise on "the right wing radio and television people," which he said is hurting conservative ideas from being implemented. "It does not provide opportunities for Republican members of the Senate ... to surface well-thought-out conservative principles and improve a Democratic bill by doing that."

Durenberger hoped Obama's efforts wouldn't have looked so similar to the failed attempt he lived through, which is why in 2008, he along with 40 bipartisan veterans of the '93-'94 attempt wrote up "The Ten Commandments for Presidential Leadership on Health Reform."

The group of graybeards realized early on that the main hurdle for health overhaul would be the process, not necessarily the content. As for that summit, he says don't hold your breath for things to change drastically there. "Unless the president can perform some kind of miracle in four hours with 50 people in the Blair House, and that's never been done in the history of this country. And I doubt it's going to happen on Thursday."

Durenberger is now a health policy fellow at the University of St. Thomas in St. Paul, Minn. and chairs the National Institute of Health Policy.

Mertens is a reporter for Kaiser Health News, a nonprofit news service.