Accessibility links
People With Asperger's Assess Their Place On The Autism Spectrum : Shots - Health News A proposed change in the standard manual for psychiatric diagnosis would eliminate Asperger's disorder and lump patients into a broader autism category. The shift strikes at the identity of some people and could also affect access to health servic...

People With Asperger's Assess Their Place On The Autism Spectrum

People With Asperger's Assess Their Place On The Autism Spectrum

The American Psychiatric Association has just unveiled a plan to drop Asperger's disorder as a diagnosis, and the decision is getting mixed reviews from people with the condition. 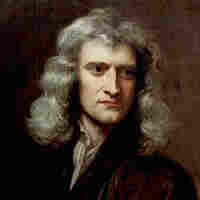 A draft of the group's next Diagnostic and Statistical Manual of Mental Disorders, or DSM-5 for short, instead lumps all people with autistic traits into a single diagnosis: Autism Spectrum Disorder.

The proposed change is a big deal because the DSM is used around the world to decide whether people qualify for government services and support. For some people, pride is on the line. Albert Einstein, Thomas Edison and Isaac Newton are among the creative historical figures who may have had Asperger's, too.

So, not surprisingly, a lot of people with Asperger's are trying to figure out how, or whether, they'll fit into the new diagnostic category. And they've been sharing their thoughts on blogs for people with autism and Asperger's.

On WrongPlanet.net, for example, there is now a long string of posts from people with Asperger's.

"I liked the criteria and met it. I knew I would," said a post from a woman in Oregon who calls herself League_Girl.

"Looks good to me," said a man who posts under the name Ambivalence.

But other people with Asperger's didn't think they would meet the criteria, which include things like "repetitive patterns of behavior" and "deficits in social communication."

A man who posts as Danielismyname said he thought he probably would meet the new criteria. But he said a requirement that people be unable to develop and maintain peer relationships "is going to undiagnose a lot of folks out there."