Accessibility links
Seniors, Take A Moment... For Vaccines : Shots - Health News Immunization against some common diseases can go a long way toward protecting older people from serious health problems. But a look at national vaccination rates shows lots of room for improvement.

Seniors, Take A Moment... For Vaccines

Seniors, Take A Moment... For Vaccines

You think vaccines are just for kids? Think again. 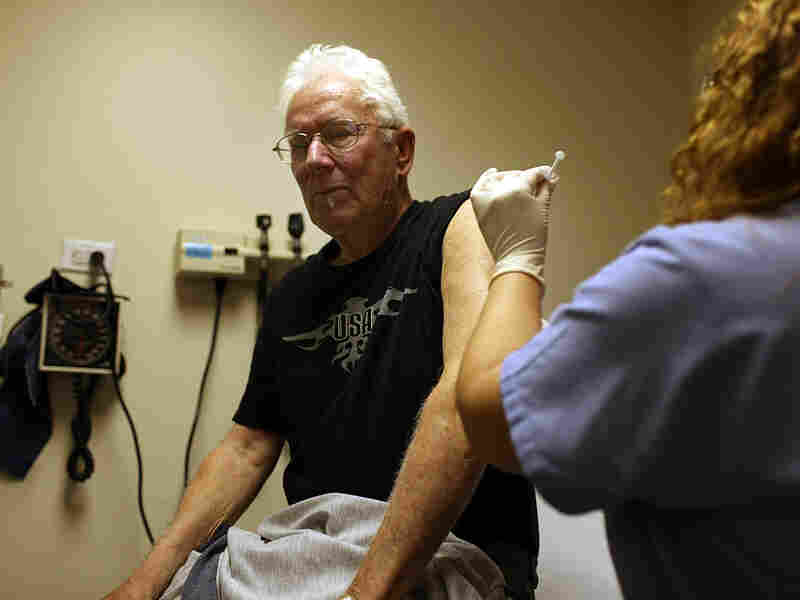 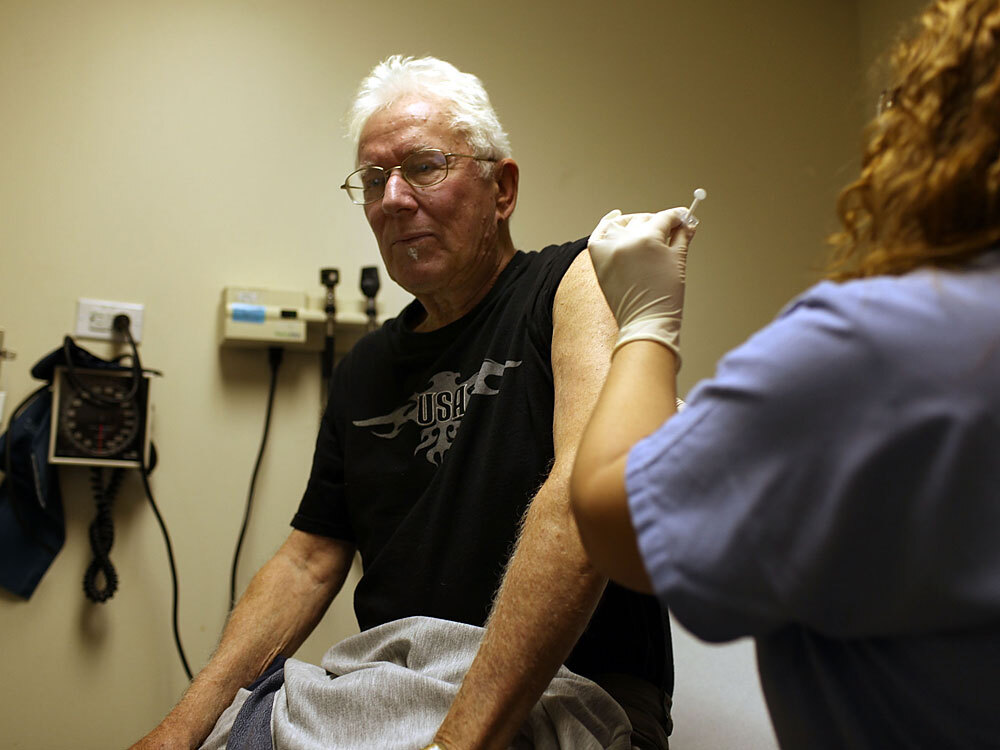 If you're over 65, vaccines can go a long way toward protecting you against complications that could land you in the hospital. Older people are far more likely than younger adults to suffer flu symptoms so severe they end up with pneumonia and can even die as a result.

Nonetheless, it seems many older Americans just aren't aware how important some vaccines can be. Federal health officials recommend at least three immunizations for those over 65: shingles, flu and pneumonia. Shingles and pneumonia are one-time shots. Flu vaccines are recommended yearly.

A new report finds that more than 30 percent of older adults weren't immunized against pneumonia in 2008. And only about one-third were immunized against the flu. The findings were released by the Trust for America's Health, the Infectious Diseases Society of America, and the Robert Wood Johnson Foundation.

The report suggests several key reasons why adult vaccination rates remain low. For starters, most older adults do not live in institutionalized settings and may have limited access to doctors and health care settings. They may not have adequate information about the value of vaccines. Preventive care can be limited and people may be underinsured and out-of-pocket costs may be prohibitive.

Researchers say there should be a national strategy to increase the rate of adult vaccinations, including requiring full coverage for all vaccines recommended by the Centers for Disease Control and Prevention and increasing funding for public education about the importance of such vaccines.

Every year, the report says, millions of American adults go without routine and recommended vaccinations which leads to an estimated 40,000 to 50,000 preventable deaths, thousands of preventable illnesses and $10 billion in preventable health care costs.