Accessibility links
Consumer Group Gives Food Advertisers An 'F' On Kids : Shots - Health News The Center for Science in the Public Interest gave most companies failing grades for the way they market food to kids. The group called for a uniform set of rules to govern the activity.

You know those brightly-colored packages, complete with famous cartoon characters hawking sugary cereals, snacks and fast food? It's no accident. The industry spends $2 billion a year to put those products in front of your kids so they can whine at you to buy them. 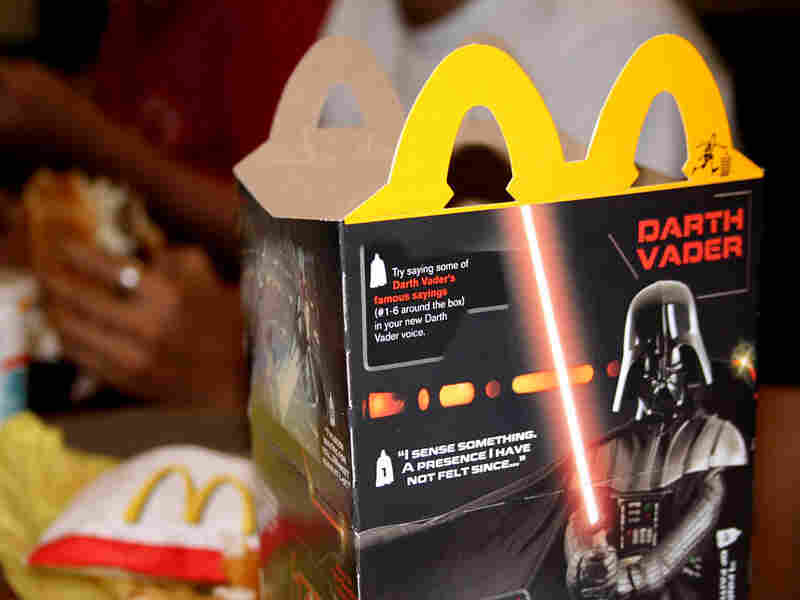 Enlarge this image
Toys in these boxes tempt kids to eat foods that are not necessarily good for them. (jasonippolito/via Flickr) 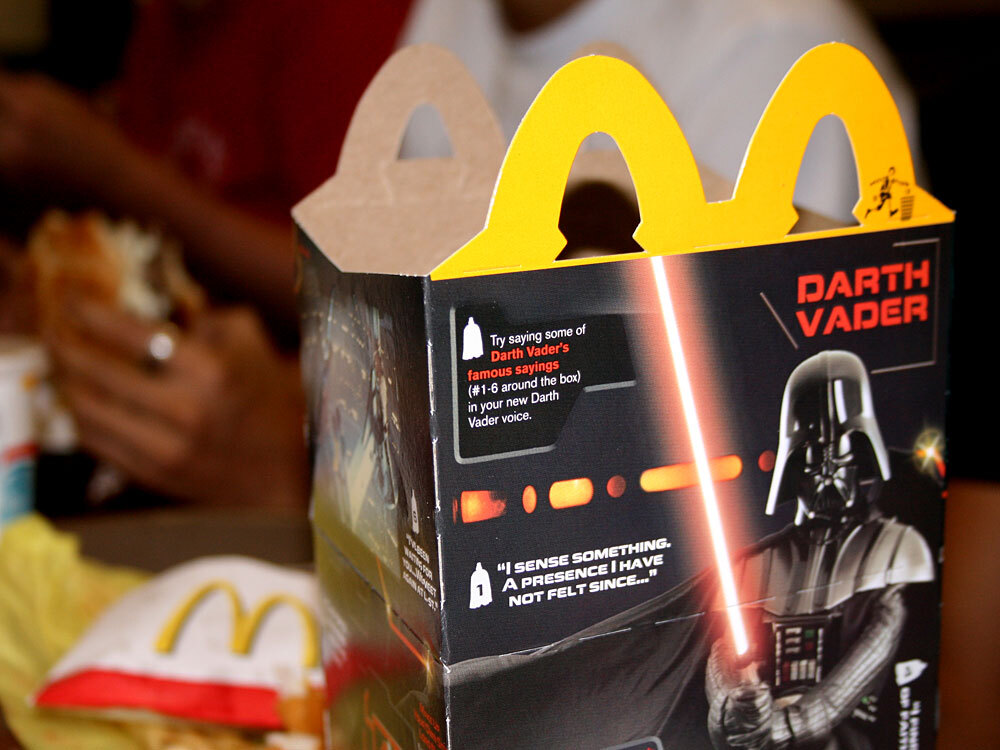 Toys in these boxes tempt kids to eat foods that are not necessarily good for them. (jasonippolito/via Flickr)

Today, the Center for Science in the Public Interest gave most companies a failing grade for the way they market food to kids, and called on companies to agree to a uniform set of rules.

The group studied 128 food and entertainment companies, including big ones like Disney and Denny's. They found that two-thirds of them didn't even have policies on marketing food to children.

"The vast majority of food and entertainment companies have no protections in place for children," said CSPI nutrition policy director Margo Wootan.

Of those that did have policies, CSPI says many didn't have comprehensive nutritional standards. For example, many cereal companies had sufficiently low standards on sodium intake, but not for sugar, while fast food restaurants did better with sugar, and left the salt standards out.

Food advertisers immediately shot back, saying the 16 participants in the Council of Better Business Bureaus' voluntary standards "have led to significant changes in the landscape of child-directed food advertising."

But CSPI says it's not enough. The food company that did the best in the CSPI study was Mars, which earned a B+. CSPI says that's not because of the nutrition of their food, but because its policy prohibits marketing its candy bars to kids under 12.

The best entertainment company grade was a B, earned by the two-year-old Qubo Channel, a fairly new channel of 24-hour childrens' programming. Brandon Burgess, chairman and CEO of ION Media Networks, the parent company of the channel, says it takes very little food advertising at all, and aims to be considered a safe haven for kids.

Among the worst? Lucasfilms. It's been licensing Star Wars characters to give away with McDonald's Happy Meals. We've heard much begging for this particular one from the back of the car, and even confess to giving in once or twice.

CSPI's Wootan says the marketing of these products plays a direct role in the growing problem of obesity in kids. "If companies were marketing broccoli and bananas to kids, I wouldn't be concerned," she said.

So what's a parent to do? Wootan tells her child she can pick one item per grocery trip as a special treat. When her daughter was younger, Wootan used to hide small toys in the healthier cereal boxes.

And what does Wootan snack on herself in her guilty moments? "BBQ flavored Fritos. Or chocolate gelato. Only on the weekends," she says.