Accessibility links
Fighting Fat In Middle Age Takes Hard Work : Shots - Health News To keep your waistline from bulging in middle age will take at least an hour of exercise a day, far more than many people have time for and that government guidelines had suggested was necessary 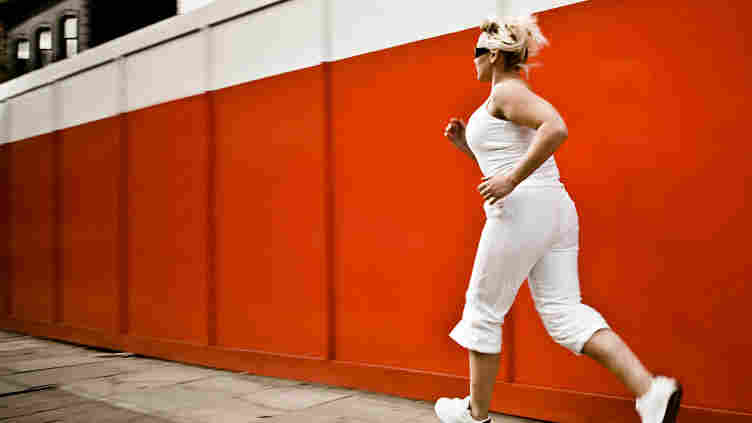 Running away from fat may take longer than you thought. iStockphoto.com hide caption 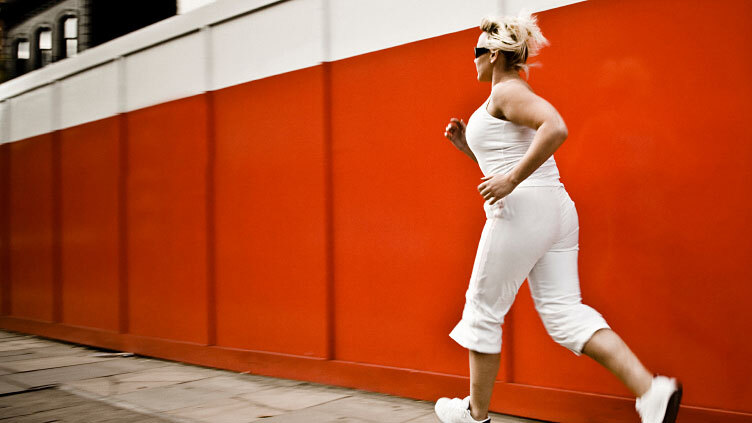 Running away from fat may take longer than you thought.

If you want to keep middle-aged spread at bay, you're going to have to work a lot harder.

A study just published in JAMA looks at just how much exercise is required to prevent middle-age women from gaining weight. And it's a lot. Way more than most people can easily work into their busy lives.

The researchers tracked more than 34,000 women for 13 years. At the start of the study, the women averaged 54 years of age.

The bottom line, so to speak, is that for women who ate a typical diet and weren't already overweight, only those who engaged in moderate exercise for at least an hour a day were able to keep the pounds off as they got older.

Women who exercised less or who were already a little heavy were only able to maintain their weight when they bumped up the workouts and cut the calories they consumed.

For years, we've been told to exercise for health. In 2008, federal guidelines recommended at least 150 minutes of exercise a week. And we're not suggesting you give up. Far from it.

While that government advice on exercise helps lower the risk for chronic diseases, the authors of the JAMA paper conclude, it's "insufficient for weight gain prevention absent caloric restriction."

Well, the message couldn't be any clearer. We just don't know where we're going to find the time and energy to pour into the battle against the midlife bulge.