Accessibility links
Evidence Lacking To Support Alzheimer's Prevention : Shots - Health News A panel of experts convened by the National Institutes of Health concludes that it's too early to say how we might reduce the risk of Alzheimer's. The proof isn't there.

Nobody wants to get Alzheimer's disease, but can it be prevented? 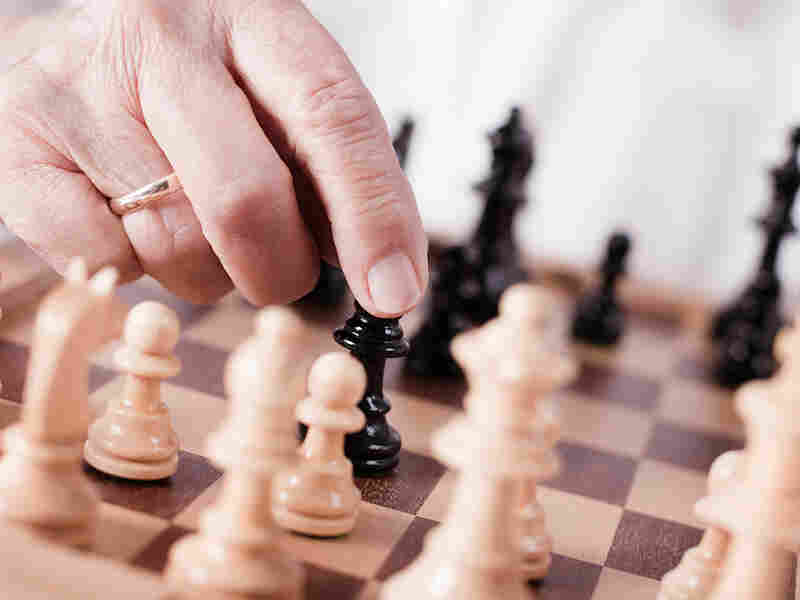 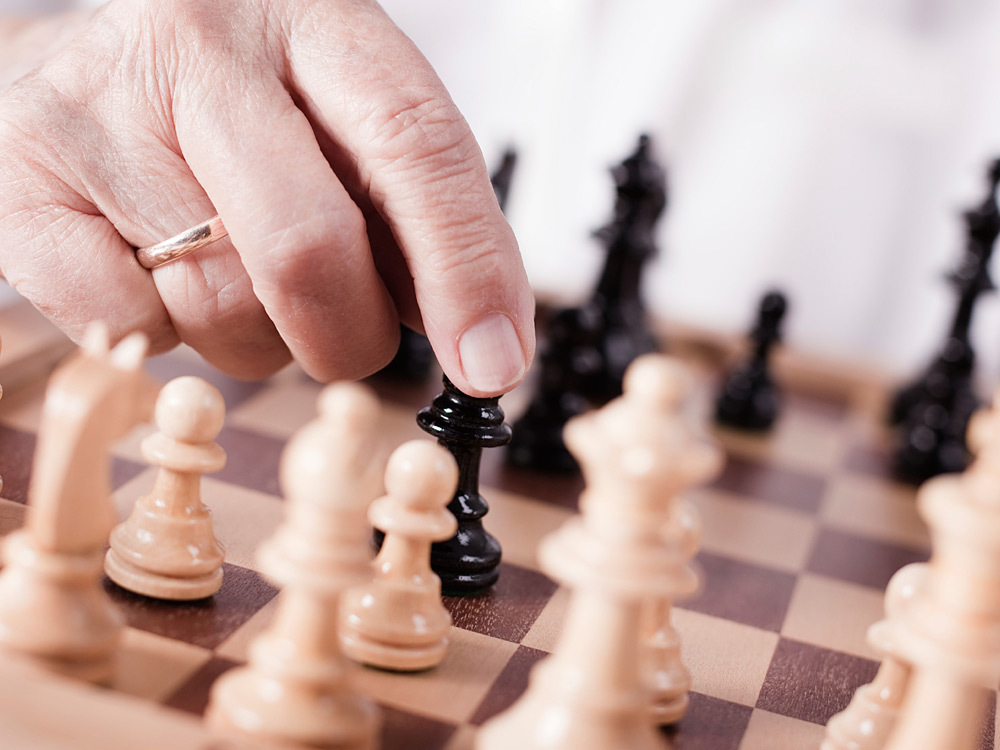 The evidence doesn't prove mental exercises like chess will keep Alzheimer's at bay.

In recent years, there have been a lot of different ideas cast out about what people can do to stave off the incurable illness. Strategies range from increasing physical and mental activity to eating a Mediterranean diet.

Now a panel of experts convened by the National Institutes of Health to review the evidence concludes that it's too early to say with certainty how we might reduce our risk of Alzheimer's. The proof just isn't there.

Despite the more-studies-are-needed message, the panel did issue some general findings that preliminary studies seem to support:

Cardiovascular Health: Keeping your heart healthy could help. The reviewers looked at a number of medical factors and found that cardiovascular health problems were consistently linked with a decline in brain function. In particular, high blood pressure was more consistently problematic.

Diet: Of all the foods and supplements studied, long-term studies suggested omega-3 fatty acids, found in fish, are associated with reduced risk of cognitive decline. Other vitamins and supplements such as vitamins B, E and C, and folates haven't been shown to have any effect on cognitive fitness. Limited evidence suggests that the Mediterranean diet can help.

Smoking: Don't do it. Smoking is a risk factor for many health conditions, and it appears that Alzheimer's is no different. Current smoking is likely a risk factor, but it's unclear if past smoking could continue to affect brain function.

Physical Activity: By all means, do it! Staying active in a variety of ways -- doing things like gardening, painting, going to church and staying involved in a community -- may help keep the brain healthy, some studies suggest.

Let's face it, even if these things don't turn out to help with Alzheimer's, they carry plenty of other health benefits.

There are many other lifestyle factors whose role in Alzheimer's prevention is murky. Researchers have looked into the effects of obesity, sleep apnea and traumatic brain injury, but further study is needed to determine if these factors influence brain health.

The report also says socioeconomic status in childhood doesn't appear to be a strong influence on cognitive decline later in life. But an earlier report from the Alzheimer's Association suggests that African-Americans and Hispanics are far more likely to develop the illness but less likely to be diagnosed.

It's particularly hard to study what affects the health of the aging brain in part because brains are often resilient, and respond differently to life changes. The panel says that this makes it tough to design a good study to determine factors that might prevent cognitive decline.

While it may be tough to say precisely what works, there's no doubt that the general advice to lead a healthier, more active life couldn't hurt.