Remember Anthem Blue Cross of California's proposed hike in premiums that would have set back small businesses and individuals in the state as much as 39 percent on health coverage? 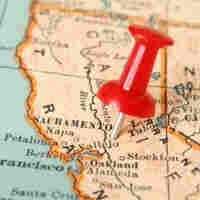 We find them hard to forget. President Obama and others in the administration hit the increases hard and often in speeches to rally support for health overhaul, hammering the number "39" into our heads. Double-digit hikes like these, the Democrats said, underscored the need for changes to the health insurance business.

Now it turns out the Anthem hikes were a big mistake, literally. Anthem Blue Cross, a unit of insurance giant WellPoint, is canceling the increases, which it had previously postponed, after independent actuaries hired by the state's insurance commissioner found the company's rationale was riddled with errors.

A couple of the problems were with some pretty straightforward math, at least for the green-eyeshade set inside insurance companies like Anthem.

The state says the actuaries found that Anthem double-counted the effect of aging on losses, an error that would make the cost of insuring people look higher. The company also overstated the trend of medical costs used as the starting point for future estimates. The actuaries said in a preliminary report, "Some of the errors created material differences...."

"Both of these errors are errors of math and not differences in actuarial opinion," says a statement issued by Insurance Commissioner Steve Poizner, a Republican running for governor of California. "We notified Anthem of these errors and they admitted to the mistakes," Poizner said.

Denis Robinson, a California lawyer whose rates would have gone up 26 percent, toldtold the Los Angeles Times, "I'm not OK with a rate increase that is so extraordinary, along with a promise that they may rise again within the year."

But the insurer isn't likely to keep rates exactly where they are. The Times reports Anthem will refile rate increases next month. We'd guess someone at the company will check the math a little more carefully this time.