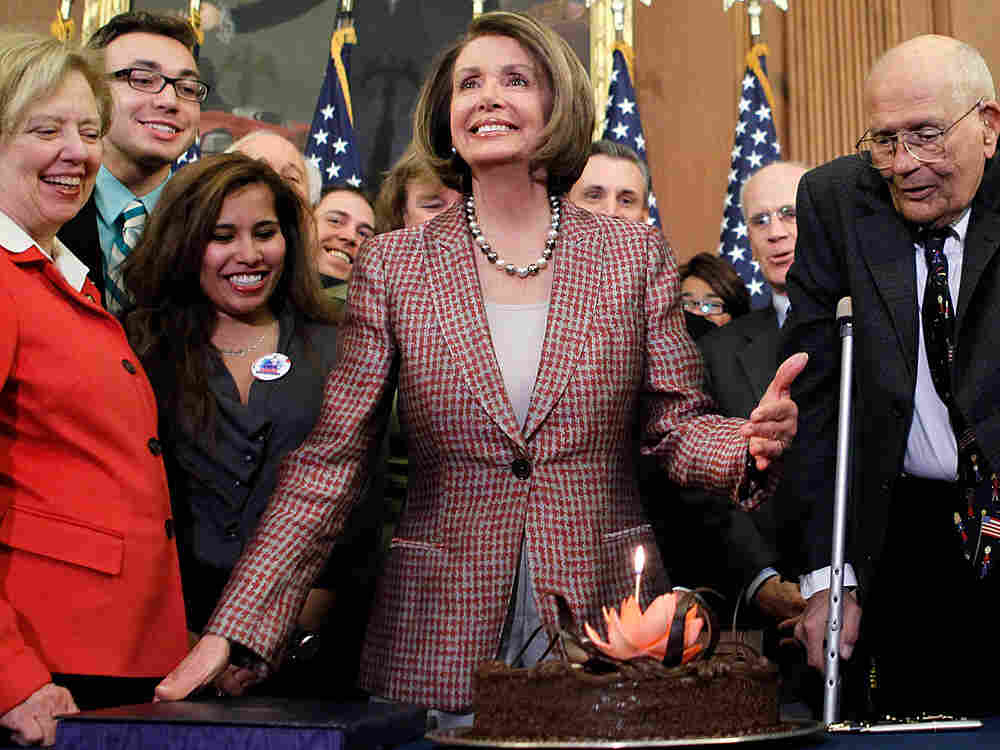 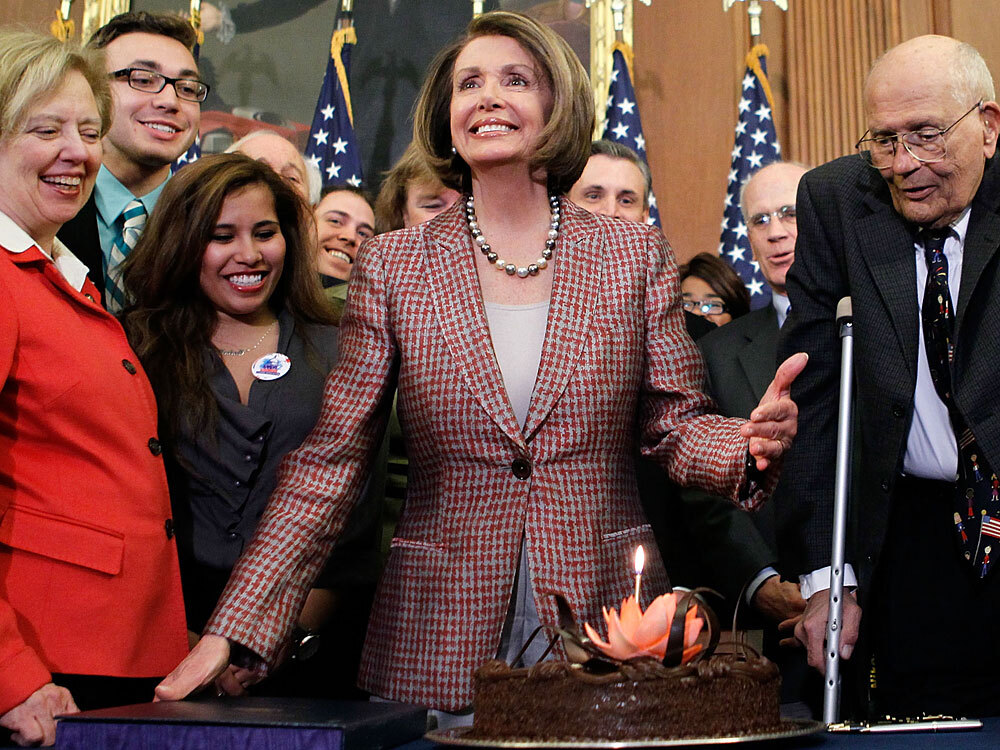 House Speaker Nancy Pelosi celebrates her birthday and the signing of the new health law with a big chocolate cake on March 26.

Unless you're a foodie and devotee of health overhaul, you might have missed this little tidbit from Andrea Seabrook's profile of Speaker of the House Nancy Pelosi last week: her not-so-secret secret of success -- a big dose of chocolate.

She says it's what got her through those endless meetings leading up to passage of the health bill:

Pelosi and chocolate have been linked before and her fondness for the rich, dark confection isn't so surprising.

For starters, she has represented San Francisco, home of chocolate maker Ghirardelli, for decades. On her birthday last week, what did Pelosi's supporters give her? A chocolate cake, of course. Recent harvesting and rain forest restoration techniques have also shown that chocolate just might help save the planet -- an issue near and dear to the speaker's heart.

But there's a broader connection between women and chocolate that goes beyond the speaker. Women just seem to want chocolate more.

In her book, Why Women Need Chocolate, author and nutritionist Debra Waterhouse reports on a survey she did of 600 people. She found women were 76 percent more likely than men to crave chocolate. By contrast, men's number one craving was red meat. Go figure.

And chocolate has a storied past. Chocolate was once ascribed mystical properties and consumed mainly by royals and priests in Aztec times. It's specifically been linked to womens' powers and ascribed as a reason for changes in their behavior both in the ancient world and in more recent movies, such as Like Water for Chocolate.

It's also got properties that may help your heart by preventing plaque buildup, lowering blood pressure, and lowering cholesterol. Too much red meat, by the way, might have the opposite effect.

Could chocolate be a woman's secret weapon? A way to keep cool when men are losing it? It's an interesting theory.

There are chocolate mousse recipes all over the web that are attributed to Pelosi. Most of the recipes are like this one.

If you make it for Easter, or anytime, send some our way.