Accessibility links
Poor Communication In The Brain Linked To Schizophrenia : Shots - Health News Schizophrenia can be caused by poor communication between regions of the brain. A scientist involved in research on the subject talks about the genetic component of the problem.

Poor Communication In The Brain Linked To Schizophrenia

Poor Communication In The Brain Linked To Schizophrenia

New evidence suggests that schizophrenia can be caused by a lack of synchronization between regions of the brain. 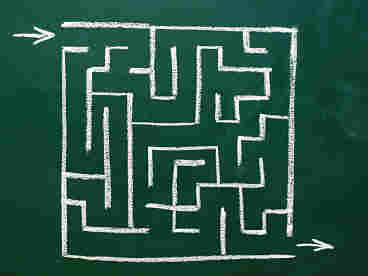 Mice with a genetic defect linked to schizophrenia had trouble navigating through a maze. iStockphoto.com hide caption 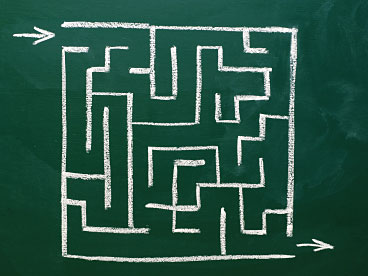 Mice with a genetic defect linked to schizophrenia had trouble navigating through a maze.

In a study, just published in the journal Nature, researchers from Columbia University compared mice bred to have a genetic mutation linked to schizophrenia in humans with healthy mice and found that mutant mice had more trouble completing spatial tasks -- like getting through a maze.

Though most people associate schizophrenia most strongly with hallucinations and delusions, the disease also impairs cognitive abilities, including working memory. The Columbia researchers found that the two regions of the brain associated with working memory in the mutant mice -- the hippocampus and the prefrontal cortex -- weren't communicating the way they do in normal animals.

The short circuit may lend a clue to the causes of schizophrenia in humans.

Shots caught up with Dr. Joshua Gordon, a psychiatrist at Columbia University Medical Center and a senior author of the study, to learn more. Here are edited highlights from the interview.

How did you get interested in this line of research?
Obviously when you have a gene that you've identified that contributes to an illness -- especially a psychiatric illness -- that's the first step to understanding how the disease develops.

So, we first started with this gene that's very clearly associated to schizophrenia -- this particular gene is actually a deletion of 20-some-odd genes that gives individuals at 30 percent greater risk for developing schizophrenia. That's the strongest link of any gene.

And so we looked at mice that were lacking those same genes. They had some of the cognitive deficits that schizophrenic patients have. In particular, we studied working memory. That's the ability to hold information for short periods of time and then use it to complete tasks.

And how was the experiment carried out?
We asked the mice to hold spatial information in their memory and use it to help decide their way through a maze. And we found that the mice carrying the deletion can't do that as well.

What intrigued me is that this kind of behavior is actually one that we know a whole lot about. The hippocampus and the prefrontal cortex need to communicate with each other to complete the tasks we're asking the mice to do. So, we wondered if the connections between these two regions weren't working as well in these mice, and we attached electrodes to the mice to see those connections.

Whether the wiring is incorrect or if the wiring is there but not functional, the link between the two areas cannot be established to the same degree.

Is this genetic deletion that predisposes humans to schizophrenia the same one in mice?
It's as identical as we could possibly make it. Ninety-five percent of the genes deleted in the human are deleted in the mice.

This also tells us that in the subset of schizophrenics who carry this mutation, it's quite likely that they have connectivity problems between these brain regions. That gives us two ways to go forward. Now that we know which brain regions and which populations of patients to look at, we can use imaging techniques to verify this model found in the mice. We now know what specific questions we need to be asking.

If we verify that this is the case, we can use the mice to develop a treatment that will enhance the ability of the brain regions to communicate and then take that back to humans.

Are there any such treatments that focus on brain connectivity?
Actually, no. And that's a big problem in the treatment of schizophrenia right now. Our treatments are very good at helping the most obvious symptoms -- hallucinations and all -- but the treatments don't help make brain function more fluid.