Whatever draws Medicare beneficiaries to enroll in privately run Medicare Advantage plans is apparently not quality. 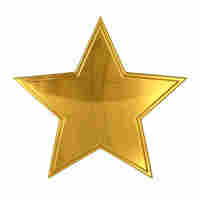 Stars are hard to come by in Medicare Advantage. iStockphoto.com hide caption

An analysis by the consulting firm Avalere Health finds less than a fourth of the roughly 11 million people enrolled in Medicare Advantage plans as of this spring belonged to plans that had earned four- or five-star quality ratings from Medicare officials.

Those grades -- which have come under fire from the health insurance industry group -- measure everything from how quickly health plans answer customer calls to how well they provide preventive care. Of course an explanation of the ratings is almost impossible to find anywhere on Medicare's various websites, even for folks like us who spend far too much time there.

Anyway, Avalere found that a majority of beneficiaries in Medicare Advantage plans -- more than 60 percent -- belong to plans with ratings between 2.5 and 3.5 stars.

The plans scores will become more important in 2012. That's when Medicare will start paying more for plans with higher quality ratings -- those with four and five stars -- and less for poorer performers.

This is no small matter.

Many beneficiaries sign up for the private plans in order to get extra benefits like dental, eye and foot care. Those plans have counted on the richer rates Medicare has been paying them to underwrite patients' care, fatten profits and finance extras. Under the new payment system, only the high-quality plans are likely to continue to get enough money to keep offering the extra benefits.

Prepare for a major shakeout.