Accessibility links
After Overhaul, Boss At Big Health Union To Step Down : Shots - Health News Now the speculation on why Andy Stern, the leader of the powerful Service Employees International Union, would choose to exit his post weeks after contributing to a major political coup for his membership — the new health law. 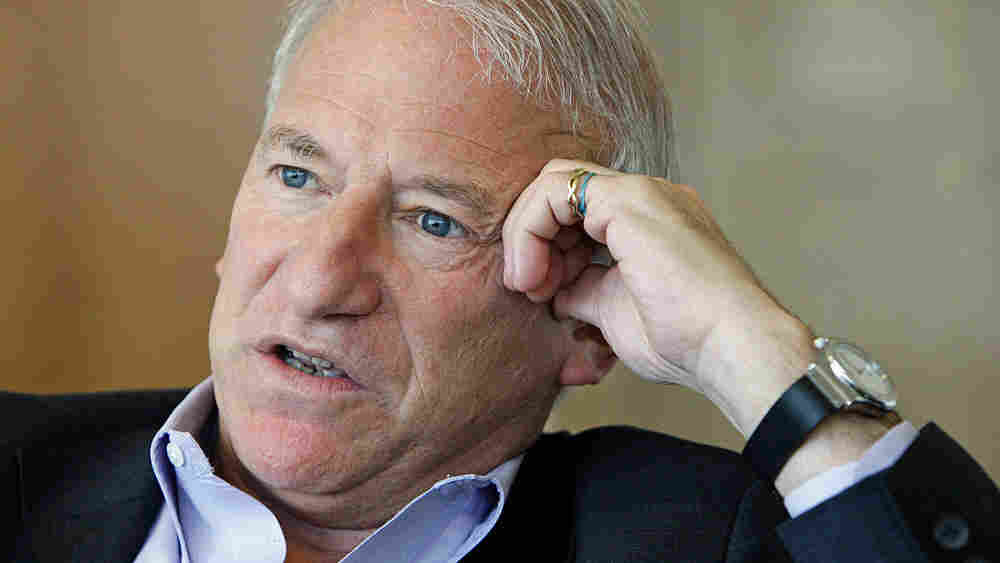 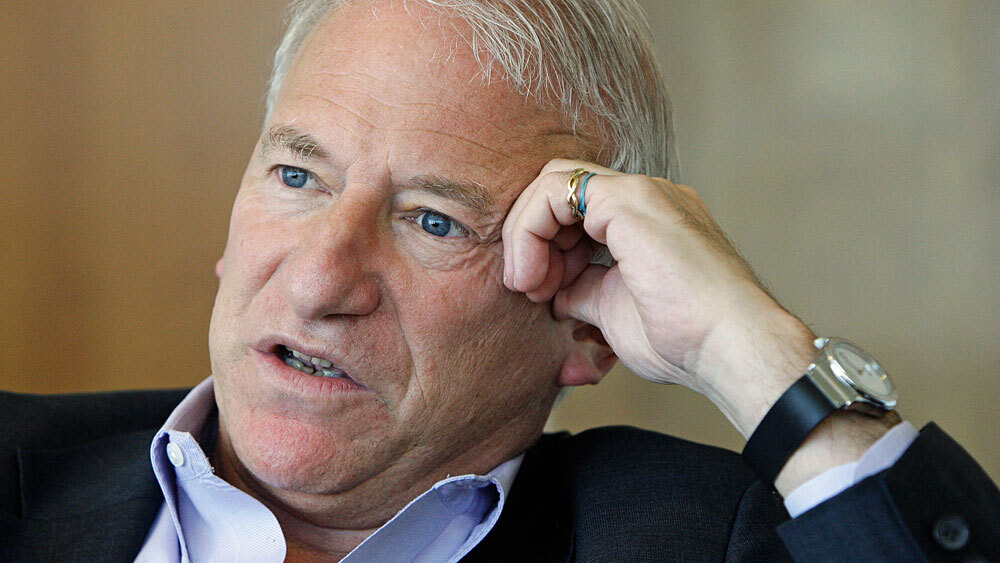 Andy Stern, president of the Service Employees International Union, during an interview in his Washington office last October.

Andy Stern, the fiery president of the powerful Service Employees International Union, is planning to resign. Stern hasn't yet commented, but union officials have told news outlets that his plan is to call it quits soon.

So begins the torrent of speculation on why the 59-year-old labor leader would exit his post at the union representing more than 1.1 million health workers only weeks after contributing to a major political coup -- the health overhaul.

An unnamed SEIU board member tells the New York Times that Stern felt it was time to go because he had just accomplished the big goal of the health bill. Less Stern-friendly explanations include his tempestuous reign at the union group, which included a break with the nation's biggest union federation, the AFL-CIO, and recent splintering within his own group.

Whether Stern's role in the recent health debate had any affect on his decision to resign is unclear. But, he has been a key player in health care over the last year, and health care is said to have personal significance for him: Stern's 13-year-old daughter died after surgery in 2002. After that loss, BusinessWeek wrote, Stern became a "driving forces behind a number of efforts to change medical care in the U.S."

Under Stern's leadership, the SEIU stepped in as a tough political fighting force in the final days of the health overhaul. Beyond simply backing the Democratic-backed legislation, Stern, always outspoken, threatened reticent Democrats with electoral challenges from the left unless they, too, supported the bill.

And, when President Barack Obama -- whom he visited at the White House 22 times in the first half of last year -- signed the legislation on Mar. 30, Stern borrowed from Stevie Wonder to express his approval: "signed sealed and delivered!" the labor leader tweeted.

In January, Stern sealed a deal of his own with the White House and Congress to limit union-members exposure to the so-called Cadillac tax, which could eat away at some workers' benefits packages. But, after the health-overhaul push stalled in late January and the terms of the deal shifted, some labor leaders became more skeptical of the bill, even as Stern called for lawmakers to support it.

Stern also collaborated with "odd bedfellows" on pro-overhaul advertisements. An ad titled "If" in July, for instance was sponsored by the SEIU, Families USA and the Pharmaceutical Research and Manufacturers of America, the main drug-industry lobby, among others.

Update: NPR's Don Gonyea talks All Things Considered's Michele Norris about Stern. For an insider's view of Stern's legacy, check out this bracing post by Natasha Vargas-Cooper on the blog The Awl.